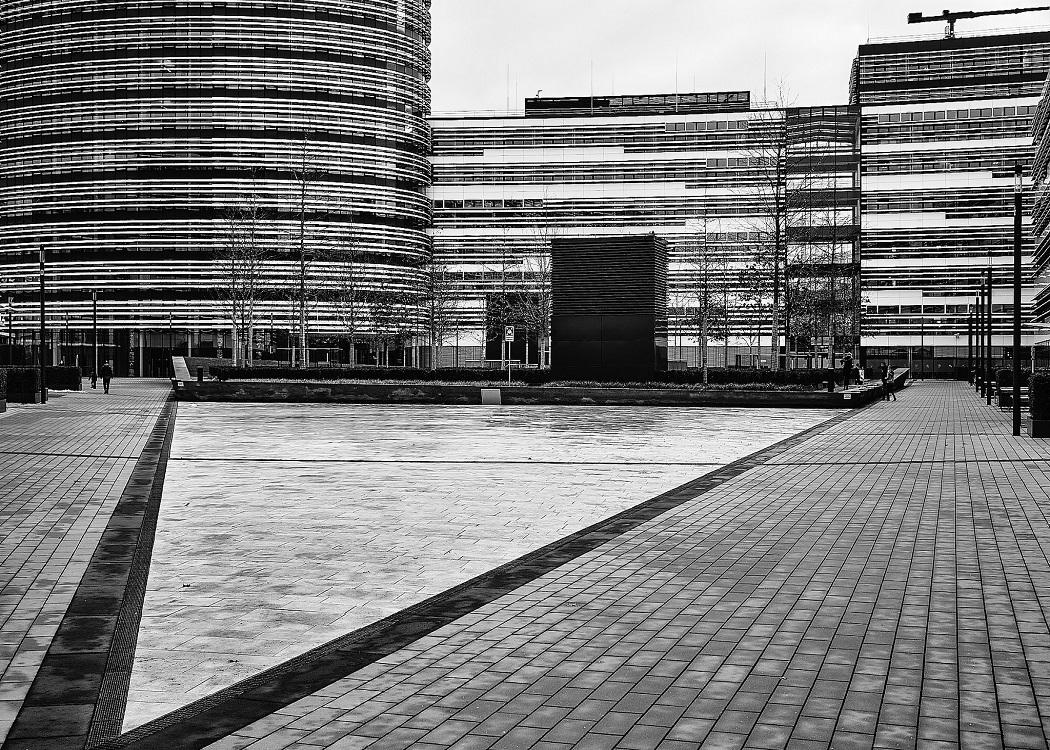 LAST WEEK saw the news emerge that everyone’s favourite search engine, Google, only had to pay PS97m in back-tax (not the “major success” of PS130m as was first reported) due to PS33m being classed as “share options” – further heightening public ire over the use of tax havens by multinationals and the government’s seeming inertia on the issue.

With Tax Research UK estimating that the ‘tax gap’ is anything up to PS120bn each year in the UK, and Oxfam citing a global figure of $18tr hidden in tax havens alone (costing $158bn in lost revenue yearly), this is an effervescing issue which does not appear to be going away.

But just why do governments seem impotent over this worldwide scandal? And what, if anything, can realistically be done?

Why do governments seem impotent over this worldwide scandal? And what, if anything, can realistically be done?

I delved deeper into the closely-guarded, disreputable world of the tax haven – taking Bermuda (where Google’s tax is registered) as a case study – and the revelations are startling.

Bermuda is ranked 12th in Ethical Consumer’s list of the 45 most secretive tax havens, and was ranked fifth in the UN’s list of richest countries by nominal Gross Domestic Product (GDP) per capita in 2014 – with a population of 65,024, a GDP of $5.6bn, a wealth per head of $89,795 and a register of around 20,000 companies (making $94bn profit ), equivalent to nearly 0.3 companies per resident.

The list of companies who operate out of the 20 square-mile territory is utterly confounding. Adobe, AIG and AXA, Barclays and British Airways and Buena Vista; Fujitsu, GlaxoSmithKline, Goldman Sachs and JP Morgan; Microsoft, Nestle, Nike, QVC and Talk Talk – name a well-known brand, and the chances are it operates, in some way, out of Bermuda.

However, in the context of Bermuda, the UK and our government’s fiscal policies, what’s more interesting is a sharp probe into the vested interests at work within the hierarchy of the Conservative party.

After the numerous Google-related controversies of recent weeks, it’s interesting to know that three influential Conservative peers own shares in the company: Lord Green (serial HSBC wrong-un and Tory crony), Lord Lloyd-Webber (all-round bad-egg and party cheerleader), and Lord Glendonbrook ( donated PS700,000 to the Conservatives in the past 18 months).

Bermuda is ranked 12th in Ethical Consumer’s list of the 45 most secretive tax havens, and was ranked fifth in the UN’s list of richest countries by nominal GDP per capita in 2014.

Glendonbrook is the most intriguing. Aside from Google, after he donated PS330,000 to the Conservatives in late-2014 George Osborne announced the part-sale of Eurostar to a company called Hermes. Glendonbrook was a shareholder at the time in the latter (strangely those have now been sold), and, moreover, Hermes operates funds out of Bermuda.

But the most staggering part of the Conservatives’ links to the tax haven in question is revealed with analysis of the House of Lords’ ‘Register of Interests’. After cross-referencing every corporation peers have concerns in with Bermuda’s register of companies, I worked out that 18 per cent of the House are either shareholders in, or directors of organisations operating out of Bermuda – and the majority of these are Tory grandees.

This statistic is remarkable insomuch that it is only for Bermuda, one of the 45 tax havens I mentioned earlier – one dreads to think what the figure would be if the other 44 were included.

It would, of course, be unfair not to mention everyone’s favourite Better Together Labour peer, Lord Darling, and his new role as a director for Morgan Stanley, which operates 10 subsidiaries out of Bermuda.

In the context of Bermuda, the UK and our government’s fiscal policies, what’s more interesting is a sharp probe into the vested interests at work within the hierarchy of the Conservative party.

We’d best mention Rupert Murdoch as well, and his 101 subsidiary companies of the UK-based NewsCorp Investments (remember this when The Sun screams about despicable tax avoidance).

But here’s the crux of the matter: tax havens, however much we’d like it to be, aren’t just a Conservative-related problem.

Take Labour think tank The Fabian Society. Owen Jones is a regular speaker at their annual conferences and in his book The Establishment: And How They Get Away With It, he discusses tax havens, citing how they illustrate “a pervasive Establishment mentality – that it is unreasonable to have to pay tax to a state they believe is merely a pesky obstacle to their entrepreneurial flair”.

I wonder why beacons of social democracy the Fabians, then, have accepted PS60,000 in donations from Cuadrilla (them of nefarious fracking ventures) – which is registered in Bermuda? Or PS13,500 from corporate banking degenerates HSBC – who have eight subsidiaries on the island? Or PS26,000 from Iglo Group (Birds Eye, Findus) – which at the time was dodging tax via Luxembourg and the Channel Islands? All very curious.

But, sadly, the rot runs even deeper than Labour. Oxfam, which is seen as the cheerleader of the global equality movement and published the report at the beginning of the year exposing the fact 62 individuals now own as much wealth as half the planet’s population, is caught up in this perpetual scandal as well.

Tax havens, however much we’d like it to be, aren’t just a Conservative-related problem. Take Labour think tank The Fabian Society, for example.

The charity operates a scheme called the ‘Inclusive Impact Investment Fund’ – a mechanism to issue finance to SME start-ups in Africa and Asia. Funding is provided by private donations and by charitable/philanthropic organisations – one of these being the William and Flora Hewlett Foundation , which has contributed just under $4m since 2007.

Unfortunately for Oxfam, the foundation set up by the founder of Hewlett Packard is far from ethical. Aside from investing in credit default swaps ( CDSs ), buying US government bonds (i.e. lending money to the tax payer), holding $141m in BBB -rated stocks and $700,000 in ‘junk’ , it also trades in derivatives (although it anticipates “the losses from such instruments would (not) materially affect the financial position of the foundation”).

If you aren’t au-fait with stock market terminology – all of these are highly dubious, potentially unsafe investments, many of which are linked to the 2008 crash.

Some would argue that charities and philanthropic organisations using the stock markets to raise capital is a viable tool to help the most deprived – I would argue that by building a ladder up, out of the sticks you use to bash these people with in the first place, is quite frankly taking the piss.

But perhaps the biggest problem with the Hewlett Foundation should be viewed as its ‘partners’. The custodian of its finances and credit provider is the Bank of New York Mellon Corporation – which operates out of Bermuda.

But, sadly, the rot runs even deeper than Labour. Oxfam is caught up in this perpetual scandal as well.

For organisations which claim to put inequality and poverty at the top of their crusading agenda to then systematically involve themselves with the people, companies and practices which are directly responsible for the very things the formers claim to rally against is, at best, naive – and, at worst, exceedingly murky.

But it encapsulates the problem the world has with tax havens, and its own financial system generally.

The blacklisting of tax havens, country by country reporting and Base Erosion Profit Shifting (BEPS) counter-measures proposed by the OECD and endorsed by numerous western politicians and organisations will do very little to negate global inequality.

Look at a company like Chevron: the 16th biggest corporation worldwide, operating in 180 different countries, with assets of $266bn – which runs a staggering 264 (yes – two hundred and sixty-four) different subsidiaries out of Bermuda, covering every country on the planet and more.

The OECD consists of 34 countries, mostly western. This may well scrape some pennies back in the richest nations – but Africa and Asia haven’t got a chance against some of the biggest companies on the planet.

We should not, either, be trusting of these demigod-esque, billionaire ‘philanthropists’ and their endorsements of poverty-reducing measures and gestures of goodwill towards NGOs.

Take Bill Gates and Warren Buffett (the first and third richest people on the planet respectively) – famous for their charitable foundations and donations to good causes; vocal enthusiasts for the Robin Hood Tax and preachers of responsible capitalism as a lever to lift the great unwashed out of hardship.

Ultimately, the problem with tax havens, avoidance and evasion comes down to one, simple thing: greed.

Both these men operate companies out of Bermuda and God knows where else. Politicians like Jeremy Corbyn and Natalie Bennett would do well to consider their enthusiasm for a financial transaction tax, BEPS measures et al, as you would be naive not to question why dollar-worshipping Gates and Buffett would endorse such schemes .

But ultimately, the problem with tax havens, avoidance and evasion comes down to one, simple thing: greed.

Our global financial system, again (predictably) on the brink of collapse, is weighted towards the benefit of the few at the top, who naturally aren’t going to relinquish their gargantuan wealth easily.

Politicians can wring their silver-crossed palms, bestow us with platitudes, and give rhetorical diatribes about the scourge of inequality all they want, but the truth of the matter is that corporations are now the organ-grinders running the planet – we merely vote for performing monkeys.

Combine this with the Oxfam report, and the planet is run by a mafia-style cartel of a small group of super-rich businesses and individuals, controlling the world’s largest industries – oil, gas, arms, big pharma, food and finance.

Our global financial system, again (predictably) on the brink of collapse, is weighted towards the benefit of the few at the top, who naturally aren’t going to relinquish their gargantuan wealth easily.

To think that by fiddling around with minor tax laws, when faced with the supremacy of the likes of the Barclays and Bill Gates (who sit at the top of these trees of corporatocracy), we will redistribute wealth and power away from the few and into the hands of the many is utterly deluded. The system needs razing, from the inside and quickly.

Sadly, I don’t think that will be done by blacklisting tax havens, imposing Robin Hood taxes or anything suchlike, nor will voting for anyone who suggests it – the system will always find ways to continue robbing us blind. Real change only ever manifests from the bottom, up.

I believe we are at a point in history where we’re in dire need of that kind of change – but whether we get it or not remains to be seen.