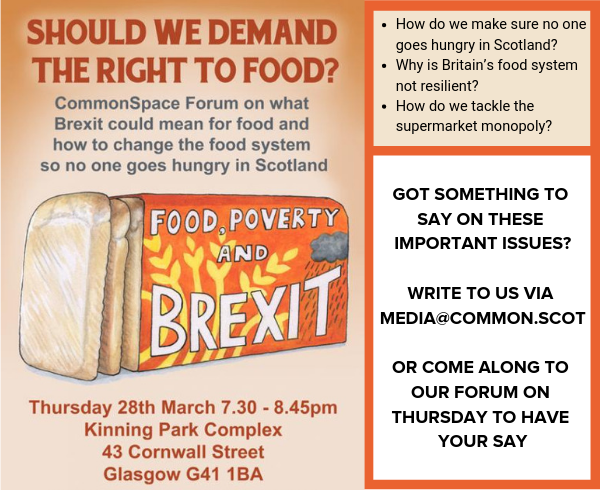 THE deadline for submissions to the Scottish Government’s consultation on how Scotland can become a Good Food Nation has been pushed back a few weeks, from 29 March to 18 April.

This gives an extra bit of time to generate discussion and ideas on how Scotland’s food system should be changed, and what government can do to make that change happen.

We have also begun the week in which Britain was supposed to start the process of leaving the EU, but that too is set to be pushed back from 29 March to at least 12 April, and potentially longer.

Brexit has raised awareness around the vulnerability of the UK food system, with fear that a No Deal Brexit could lead to a sharp rise in food prices, as half of Britain’s food comes from imports.

CommonSpace is running a special week of coverage on the right to food, which will culminate in a Forum this Thursday, 28 March, at the Kinning Park Complex. Tickets available here.

Across this week we will be examining different aspects of how Scotland’s food system works and how to change it, but we also want to hear from you:

Email in your thoughts to media@common.scot and we’ll publish them on the site. 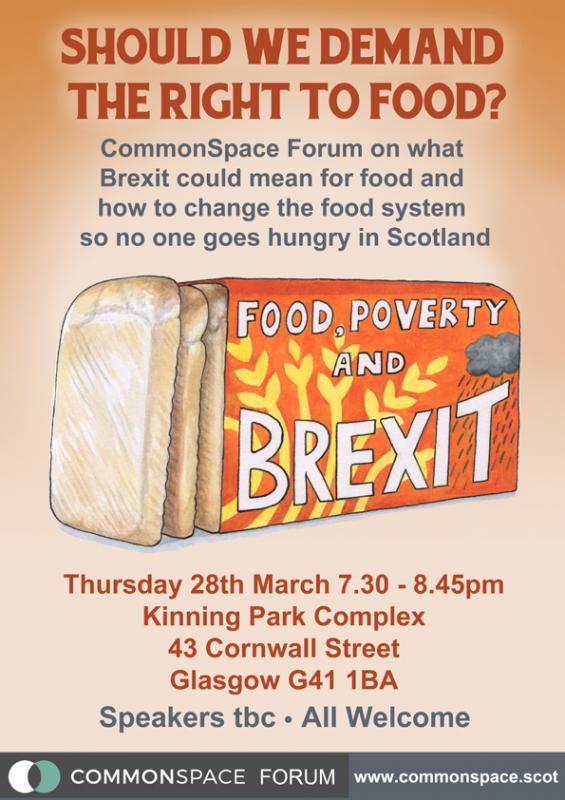