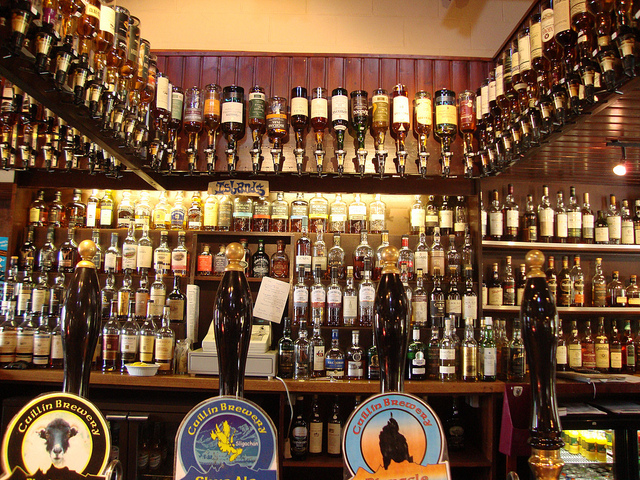 A NEW poll by the Scotch Whisky lobby claiming that the industry is overtaxed is “spin”, campaigners for a local production tax on Scotch whisky tax have argued.

The Survation poll commissioned by the Scottish Whisky Association asked over 1000 Scots: “Spirits, including Scotch Whisky, are taxed 76 per cent higher in the UK than the EU average. To what extent do you agree or disagree with the following statement? As our trading relationship with EU countries change as we leave the European Union, tax on Scotch Whisky in the UK should be at least as competitive as the EU average?”

The SWA have used the poll to back up their call for a tax cut for the industry, but Bill Ramsay, vice president of EIS, Scotland’s largest teachers union, responded to the poll by stating:

“Scottish public finances have been under constant cosh since the banking crisis in 2008 and there is an emerging consensus that wider fiscal arrangements around Land Value Tax and the latent fiscal potential of Scotch needs to be at least examined.

READ MORE – Bill Ramsay: How Scotland’s whisky industry could be an economic key for the future

“The reality is that most of our whisky industry (excluding the small scale, niche distilleries) are owned by and run for the benefit of large multinationals, and is one of the most profitable and lightly taxed industries in the UK.

“In terms of its turnover to tax ratio it is not on the same scandalous scale as Google or Amazon. “The” whisky industry (its sure as hell not “ours” at this time) is in the rudest of health and relatively lightly taxed to boot.

“Broadly speaking for every five pounds of turnover, three pounds is clear profit. For comparisons consider supermarkets, to generate three pounds profit, their turnover is at least ten times that.”

In 2013 Sir George Mathewson, former chair of the First Minister’s Council of Economic Advisers, backed a Scotch Whisky Tax after a BBC Scotland Investigation into the industry revealed the enormous profitability of Scotch Whisky to its predominantly multinational owners.

Diageo owns over 40 per cent of the Scotch Whisky industry and is the world’s second largest drinks company, owning Scotch Whisky brands such as Johnnie Walker, Buchanan’s and Chardu. Whisky makes up about one-third of its total business. It recorded an operating profit of £3.6 billion in July, up 3.7 per cent since 2017, of which it was taxed 20.7 per cent.

The Gordon-Grant whisky family, whose labels include Grant’s, topped this year’s Scottish rich list, and the Sunday Times reported they were unique to the history of the list: no one who has been on the list since it began in 1989 has seen their wealth rise faster – a 5,000 per cent growth in 29 years.

A report by Biggar Economics in 2012 found that the industry as a whole made about £3 billion in annual profit, a number which is likely to be substantially higher now. Based on the 2012 figure, a production tax of £1 per bottle would raise over £1 billion for the Scottish Parliament.

Scotch whisky is a natural resource to Scotland – the Scotch patent means replicas cannot be produced elsewhere. Thus capital flight is not in play when it comes to taxation and ownership of the sector in Scotland.

Craig Dalzell, head of policy and research at the Common Weal think tank, described the SWA’s poll as “blatantly leading”, but not unexpected.

Dalzell stated: “The SWA is in the business of promoting its interests and those interests include reducing taxes on whisky and increasing the profitability of an already incredibly profitable industry.

“If the tax on a bottle of whisky was reduced to a penny, I’m sure that the SWA would want that penny cut and then would start campaigning for subsidies. This is fine – they are promoting their interests – but this blatantly leading poll should be interpreted in that light.”

Dalzell said the real threat to the industry came from potential horse-trading in post-Brexit trade deals, which could see the protected geographic indicator of Scotch whisky stripped away.

“The fact is that Brexit presents a clear and present danger to the Scotch whisky industry in the form of the possible loss of protected geographic indicators and this far outweighs the “benefits” of any conceivable tax cut.

“If Brexit involves the trading away of the name “Scotch” then distilleries here would be under far more pressure of competition from large volumes of cheap knock-offs than could be compensated for by cutting taxes.”

The UK Government announced a freeze on spirits excise duty last year, and the SWA, which claimed in its press release that many tourists visiting distilleries in Scotland were “shocked at the level of taxation of Scotland’s national drink in its home market”, are calling on the Chancellor to do the same again this year.

“The evidence shows that a continued freeze would not only deliver greater revenue for the Treasury, but also help to support an industry that has invested more than £500m in capital projects over the last five years,” Karen Betts, chief executive of SWA, stated.

Dalzell responded by saying that “rather than reduce taxes” he would prefer “to see the taxes reformed to include a local production tax so that more benefits to the local communities around distilleries.”

“It would do Scotland greater good to encourage companies to become more rooted in Scotland and to promote more awareness of Scotland as a brand as well as continuing to do as much as we can to protect that brand,” he added.