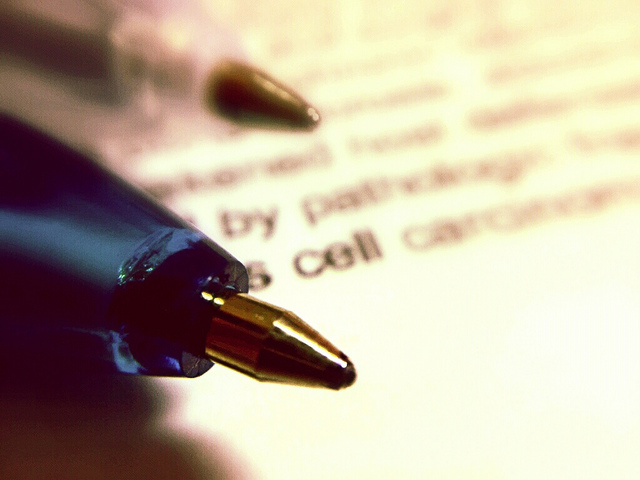 Spin Watch co-founder: D-Notices are an attack on the very idea of a “free media”

THE public interest investigations group SpinWatch has published two private and confidential ‘D-notices’ sent to the press, both relating to the poisoning of Sergei and Yulia Skripal in March.

‘D-notices’, officially known as DMSA-Notices, are notes from the UK Government to the British media advising them not to publish on a specific issue. They have no legal power to compel the press to do so, but they are strongly expected to be adhered to.

SpinWatch co-founder David Miller stated that they received copies of the D-Notice’s from a reliable source, and he told CommonSpace that they wanted to publish them because he believes the D-Notice system to be an attack on the very idea of “a free media”.

The first D-notice was issued on 7 March, three days after the Skripals poisoning.

“The issue surrounding the identify of a former MI6 informer, Sergei Skripal, is already widely available in the public domain. However, the identifies of intelligence agency personnel associated with Sergei Skripal are not yet widely available in the public domain. The provisions of DSMA Notice 05 therefore apply to these identities,” The D-Notice, signed off by secretary captain John Alexander, stated. “If any editor is currently considering publication of such material, may I ask you to seek my advice before doing so?”

DSMA is the initials of the official name for the Defence and Security Media Advisory Committee, the rebranded ‘D-Notice’ Committee made up of 15 senior media editors across television and newspapers, senior people in government and MoD representatives connected to the intelligence services.

The first D-notice came within hours of an article in The Daily Telegraph linking Sergei Skripal to a security consultant who, The Telegraph claim, compiled a dossier on Trump’s links to Russia.

The Telegraph piece began: “A security consultant who has worked for the company that compiled the controversial dossier on Donald Trump was close to the Russian double agent poisoned last weekend, it has been claimed.

“The consultant, who The Telegraph is declining to identify, lived close to Col Skripal and is understood to have known him for some time.”

The second D-notice issued one week later [14 March] was a reiteration of the first, calling once again on all press to avoid: “inadvertent disclosure of Sensitive Personnel Information (SPI) that reveals the identity, location or contact details of personnel (and their family members) who have security, intelligence and/or counter-terrorist backgrounds, including members of the UK Security and Intelligence Agencies, MOD and Specials Forces.”

It was not publicly known that D-notices had been issued on the Skripal case until Miller, co-founder of SpinWatch and professor at the University of Bath, published them on Tuesday [8 May], and he told CommonSpace that he felt it was important to publish them as the D-notices undermine freedom of the press.

“[I wanted to publish them] because the government says you’re not supposed to. The D-notices are supposed to be voluntary, but all the media play along with them so they’re not really – and that’s not the sort of thing any sort of free press should be doing.”

On the Skripal case specifically, Miller said “the UK state are trying to manage this story”.

“There is clearly something they are trying to hide. We don’t know what that is yet, but the more that is in the public domain the more likely we are to find out,” he said.

READ MORE: Analysis: What do revelations about BBC political vetting tell us about press freedom in the UK?

According to the official history, D-Notices were first established in 1912 as a system for the Admiralty and War Office to prevent the press “from publishing information which might be of value to a future enemy”. The organisation was founded on the trust sought by press representatives that D-Notices would only be sent to Editors on issues which “really did affect the National interest would be concerned”.

The system was only made public in 1982.

While D-notices are voluntary, Moyra Grant, author of the book D-Notice, stated: “The guidelines also state pointedly that the D Notice system is a useful reminder of the legal sanctions which may be brought to bear if an editor or producer oversteps the mark. Moreover, pressure to comply can be overwhelming.”

SpinWatch is described on its website as an organisation which “investigates the way that the public relations (PR) industry and corporate and government propaganda distort public debate and undermine democracy.”

Yulia Skripal is currently living in an MI5 safehouse after leaving hospital and is said to be recovering well from the poisoning attack. Sergei Skripal is also recovering but remains in hospital.