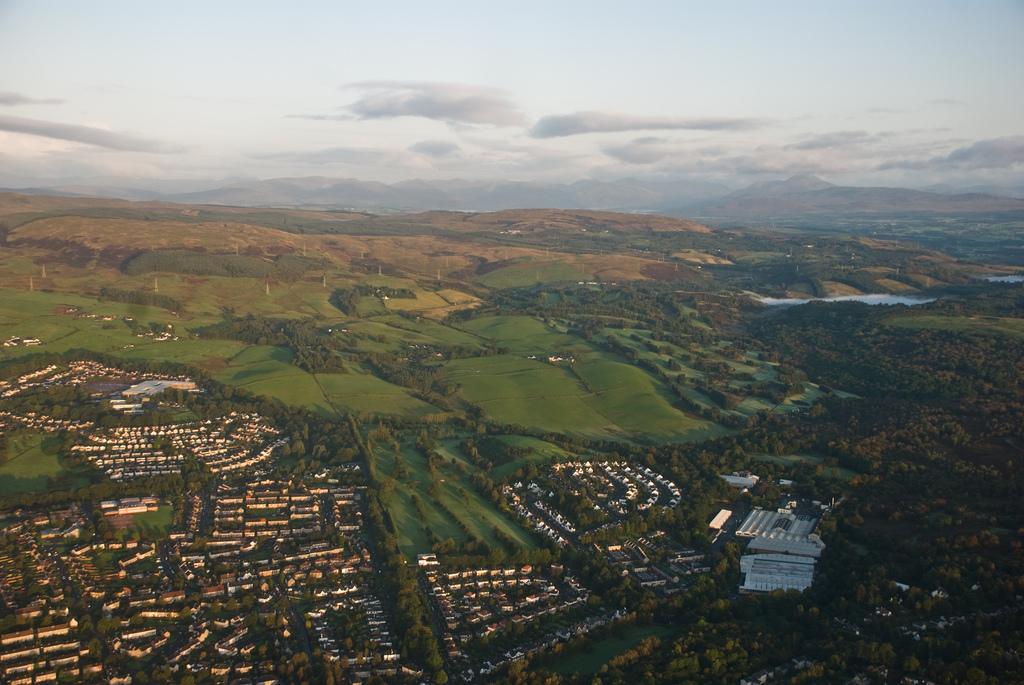 GLASGOW’S suburbs are among the last places in Scotland where you would go looking for a revolution. Leafy, prosperous, well-educated – the house price boom over the last generation has served most of its residents well.

Add in some of Scotland’s top performing state schools and you have a community where getting by well is well kent. It’s not universal, but the norm in East Dunbartonshire does stand out against its west coast neighbours.

So when in last year’s referendum a strong majority voted for the status quo, it would have been safe to assume that its sitting MP, Liberal Democrat Jo Swinson, would face a predictable contest against her main Labour opponent.

The predictions were wrong.

Since September, the suburbs of East Dunbartonshire have joined the surge behind the Scottish National Party (SNP), which have swept from coast to coast, Milngavie to Morningside.

And, as leading candidates tell me at their third election hustings, it would be wrong to assume that East Dunbartonshire prosperity makes it conservative or apolitical.

Instead, the towns that make up the constituency – including Bishopbriggs, Kirkintilloch, Bearsden and Milngavie – have witnessed numerous protests against fracking, for local primary schools and against council planning decisions.

In the referendum, turnout in East Dunbartonshire hit 92 per cent – the highest of any area in the whole of Scotland. The engagement continues.

Frantic leafleting campaigns from the Liberals and Labour have sung from the same song sheet, albeit to contradictory conclusions. Both parties claim they will ‘stop the SNP’. The strategy looks likely to split the same hard unionist vote.

At the Bishopbriggs hustings the candidates mill about on front of a crowd of 200, who have forgone the hottest day of 2015 so far for a democratic fix.

A crowd of 200 have forgone the hottest day of 2015 so far for a democratic fix.

If that wasn’t a symbol of a referendum re-run, then the debate got that covered. While the issues are practical – ranging from Trident nuclear weapons to poverty to fracking – Nicolson’s promise to shake up Westminster dominated.

Swinson, meanwhile, is forced onto the defensive over her part in the LibDem-Tory coalition and specifically over a campaign strategy which accused the SNP of failing cancer patients.

Cries of “Shame!” and “Disgraceful!” rain down from the audience. Before calm can ensue, the next question raises the “betrayal” of the unionist referendum campaign.

“Since you wanted us to stay in this union so much, why are you afraid of our voices?” one audience member asks.

The three pro-union candidates fight over the same patch of ground – denouncing the SNP repeatedly, warning against the party holding influence at Westminster. SNP supporters in the crowd are irritated, angered even, at the idea that any MPs they elect are not equally legitimate.

And so, like elsewhere in the country, those that supported independence are pushed behind the SNP by their instincts and their opponents.

As Nicolson explains after the hustings: “We seem to have held the Yes vote together, but I’m finding that we’re also finding a significant number of No voters are saying they will vote for us.”

That would be enough to secure the SNP its first victory in the area since 1974. Last time round, Swinson’s majority was just over 2,000 votes on an impressive 75 per cent turnout. Labour finished a clear second, over 10,000 votes ahead of the SNP, which barely made it over 10 per cent.

“We seem to have held the Yes vote together, but I’m also finding that we’re also finding a significant number of No voters are saying they will vote for us.” John Nicolson, SNP candidate

Nicolson’s story is a familiar one: “I think people are just scunnered with the Labour party, because they’ve voted Labour for 50 years and what has it achieved? I think they have a sense that if they vote for a strong bloc of Scottish National Party MPs they will have representatives that will stand up for them.

“It will not be dull and politics will have changed forever. I would love that to happen.”

Swinson’s campaign team, meanwhile, is determined to make mileage out of her experience in the job – if not directly to CommonSpace. Staff explain that she is too busy to answer questions directly, even at the hustings.

Will that incumbency factor prove crucial and buck the national trends against the Liberal Democrats? Opinion polls are split.

Nicolson received a boost from pollster Michael Ashcroft. Forty per cent of those polled expressed support for the SNP. The Lib Dems were down by 10 per cent to 29. The result predicts a disastrous result for Labour. Having been favourites to win the seat back from Swinson, Labour’s vote was down on 16 per cent.

Yet the Lib Dems have their own figures. A small sample of 400 voters – which prompted residents to compare their MP of 10 years with her opponents – gave Swinson a tiny lead. Polling company Survation distanced itself from the result.

Despite Labour being best placed to challenge Swinson, its candidate Amanjit Jhund appears subdued. He claims that Professor John Curtice has suggested Labour will win the seat, although that may have been years ago.

“Nobody quite knows what the result is going to be,” Jhund claims. “That’s the great thing about living in East Dunbartonshire. No one knows who’s going to win and every vote counts. It’s going to be a very exciting election. We’re really optimistic that we can win.”

Jhund promises to continue “balancing the books” and expressing his “100 per cent support” for Trident nuclear weapons placed him oddly to the right-wing of all the candidates bar the Tories. As a Herald newspaper piece disclosed, Jhund also has links to the consultancy firm behind the NHS privatisation plans.

In 2010 he told an Eton audience that the “nice parts” of Glasgow “tend to be very well hidden”, a light-hearted phrase that newspapers viewed less kindly years later.

Those involved in canvassing voters in East Dunbartonshire confirm that it has become, with just a fortnight till polling day, a two horse race between Swinson and the SNP.

In 2010 Labour’s Amanjit Jhund told an Eton audience that the “nice parts” of Glasgow “tend to be very well hidden.

Saving the Lib Dem minister, who has been touted as a future Secretary of State for Scotland, has been one of the party’s main objectives – and they’ve stumped up the cash to do so. Towards PS50,000 was declared for Swinson’s campaign over just five months last year.

While the campaign rages between those seeking a place on Westminster’s green benches, the Green candidate Ross Green is more determined to put in a good showing and build on his campaigning agenda.

Last time the Greens didn’t stand anyone and based on his hustings performance – displaying principled left-wing troupes that unbalance his opponents – he’s bound to make some progress.

“We’re the ones managing to frame the debate around poverty and wealth inequality and get people to justify why they don’t support the living wage,” Greer says.

“East Dunbartonshire is undoubtedly one of the wealthiest constituencies in the UK. At the same time it’s not voted Tory in forty years. It’s a constituency full of health professionals who are concerned about privatisation of the NHS, full of people who work in the third sector and see the effects of Tory policy. That’s why we’re having such a left-progressive debate in East Dunbartonshire.”

“We’re the ones managing to frame the debate around poverty and wealth inequality.” Ross Greer, Green candidate

In one hustings – where the Ukip candidate has either got lost or not bothered to show up – that was undoubtedly the case. As arguments fly over fracking, the Trans Atlantic Trade and Investment Partnership, the impacts of austerity and the need for a living wage, the old assumption that suburbia is conservative by nature are usurped.

It’s been 40 years since the SNP won here. The mood in Bishopbriggs suggests that a mini-revolution is on its way in May.