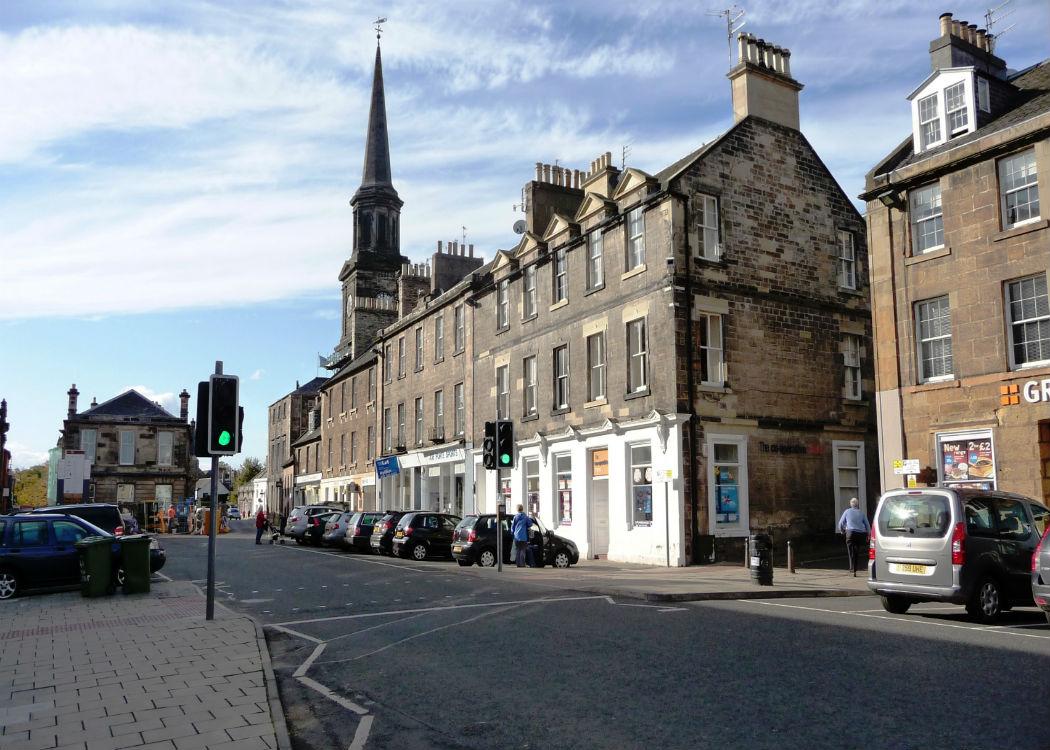 As part of CommonSpace’s General Election coverage, Ben Wray visits Haddington, East Lothian, to look at how a No-voting town on the east coast of Scotland could for the first time in its history be breaking with Labour

HADDINGTON was once the fourth largest city in Scotland and at the heart of the agricultural revolution. Today, it’s a small commuter town linking the east coast to Edinburgh, and the administrative centre for East Lothian council. Whereas in the 1500s John Knox emerged from Haddington and led a revolutionary movement which established the Presbyterian denomination in Scotland and overthrew Roman Catholicism, today it is a quiet place, with high house prices and a large elderly community. Little sign of anything revolutionary.

Yet in 10 days time, East Lothian could be an unlikely part of a political revolution taking place in Scotland, where Labour loses a Westminster election in Scotland for the first time in over half a century – wiped out by insurgent nationalists who won just six seats in 2010.

East Lothian was one of the nine constituencies of Scotland that voted by over 60 per cent in favour of a No vote in last September’s independence referendum, and has been solidly Labour ever since the seat was created in 1983.

But that’s not stopped the nationalists threatening to take the seat, with election analysis site May 2015 describing East Lothian as a ‘tricky but not impossible gain’ for the SNP. A 14.3 per cent swing is required, which if polling in the constituency is anything like the Scottish average, is well within Nicola Sturgeon’s party’s range. (Click here to read more).

Outside the local Tesco in the town centre, there are signs of disquiet about the prospect of the nationalist insurgency reaching the small-c conservatism of Haddington.

Antonia, a pensioner, sums up her thoughts on the General Election as: “Anything to keep Nicola Sturgeon out.

“I have been a Conservative voter all my life but I’m thinking about voting Labour,” she adds. “I’m Australian, I have chosen to live in Britain, I have a Scottish husband, and that’s how we want it to stay. I think a lot of people here are thinking the same way.”

The idea was backed by the East Lothian Labour vice-chair, Robert McNeill, who supported voters in the bordering constituency of Berwickshire, Roxburgh and Selkirk voting Tory rather than Labour to keep the SNP out. He shared an image of the pro-union tactical voting wheel on Twitter, which included seven constituencies where voters are encouraged to vote Tory. After fierce criticism in the days following his post on social media, he resigned his position.

The East Lothian council is a Labour-Conservative coalition, and there’s an impression that the toxicity of the Tories in this part of Scotland is not the same as on the west coast, with Labour more open about seeking tactical Tory voters in a British nationalist alliance.

The East Lothian council is a Labour-Conservative coalition, and there’s an impression that the toxicity of the Tories in this part of Scotland is not the same as on the West coast.

It was a sign of Labour activists’ comfortableness with traditional forces of the right-wing in UK politics when in Dunbar – another commuter town in East Lothian – they proudly promoted the Daily Mail on their campaign stall on the day after ‘French gate’ (click here to view).

However, the impression at the local Tesco is that Tories voting tactically for Labour is unlikely to be a crucial factor. Most Tory voters tell CommonSpace that they would not consider backing Labour.

“I’ll stick with the Conservatives,” retail salesman Davie Crawford says. “There’s a danger that if Labour got in to power it would ruin the recovery in the economy that’s been made so far.”

Most older voters are not familiar with the idea of tactical voting, with a two-party system being dominant in the UK for so long, and many dislike Labour almost as much as they dislike the SNP.

Over at the more working class part of the town at the local Aldi, shoppers are torn between Labour and the SNP.

One community worker, who wants to remain anonymous, says she voted No in the independence referendum, but is undecided for the General Election and wants to see progressive parties “work together” at Westminster.

“I’ve been a Labour voter all my life,” she says. “But what I’m hoping is there will be a minority government, and there will be lots of little coalitions taking place, including SNP as well. I think Nicola Sturgeon is amazing, she’s very clear and a great orator, and she’s shaking things up. I think minority government with Green and SNP support would do us the world of good.

“I’ve been questioning: ‘why can’t I vote SNP?’ I’m nervous about the whole country dividing up, but I am really in favour of direct democracy; I’m very much socialist. I like basically all of their ideas, except separation. And that’s their end goal. I’m not sure I could vote for that. But tactically, for Westminster, I maybe could vote SNP.”

“I think minority government with Green and SNP support would do us the world of good.”

That is the sort of voter SNP messaging is aimed at: those who are not part of “the 45” but believe the SNP could provide a stronger voice for Scotland at Westminster.

It may be the case that on the east coast – where the No vote was stronger – that messaging may be more of a key factor than on the west coast, where in places like Glasgow and West Dunbartonshire the Yes-voting majority is solidly SNP and appear immune to Labour efforts to win them back.

Poverty is 2.8 per cent lower in East Lothian than Scotland as a whole, and employment is 2.6 per cent higher. East Lothian has had some of the highest rises in house prices in the whole of Scotland over the past decade, matching the rises in Edinburgh.

Generally it’s a wealthier and less poverty-stricken place than Scotland as a whole, and therefore perhaps it is not unsurprising that 61 per cent voted No last September.

However, whereas Yes voters are quite united in this constituency – we spoke to one Yes voter who was voting Green, the rest were backing SNP – the No vote is split, with traditional Labour-Tory dividing lines still holding a great degree of purchase on voters who may not keep up with all the latest nuances of Scottish politics, and still see the Tories as the Tories and Labour as Labour.

It could be summed up as the revenge of the first past the post system – in places like East Lothian, the SNP vote has reached a tipping point whereby the system is now working for the party and against the Tories and Labour, the two parties that have gone to such lengths to keep the system intact to block out smaller rivals.

In that context, while East Lothian is never going to be in the vanguard of the SNP revolution, it may be one of the constituencies that in the early hours of 8 May slips from red to yellow, leaving many locals as shocked as Jim Murphy that a No-voting, solid Labour seat has gone nationalist.