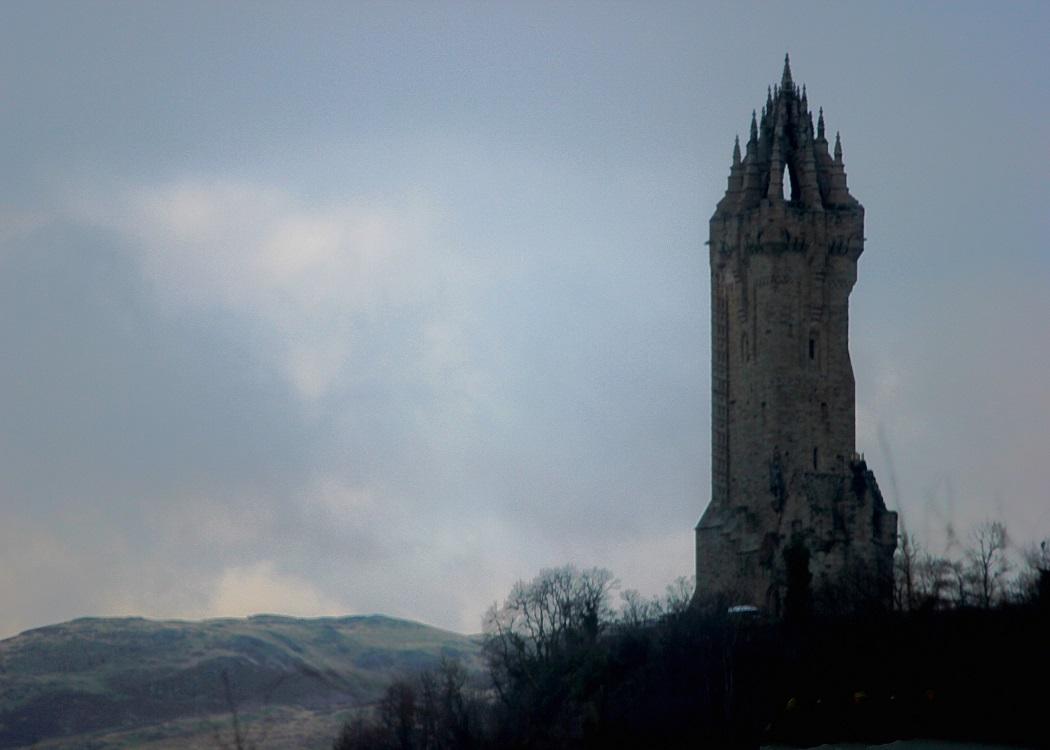 “TRICKY but not impossible.” That is how Ian Jones, writing for poll-tracking website May 2015, assessed the SNP’s chances of taking the big, diverse constituency of Stirling from the Labour Party. That was back in March. The national domination of the SNP in current polling, however, with mere days to go, suggests that nothing is impossible for the party which was placed a distant second in Scotland in 2010.

Lord Ashcroft hasn’t seen fit to deign Stirling with the presence of his polling company, making the constituency something of an unknown. It’s a city and region that has perhaps been overshadowed in this campaign by the dramatic shifting of the political plates in the west of Scotland and Glasgow. It nonetheless remains a constituency to watch.

Long a semi-marginal seat, it was held – by the skin of his teeth – by former Scottish secretary and Conservative Michael Forsyth in the late 1980s and early 1990s before he was resoundingly defeated in 1997 by Labour’s Anne McGuire, former shadow minister and now a Dame. McGuire announced in January that she was standing down.

A former barrister, Labour’s Johanna Boyd is an effective communicator and uses her record in power locally to sell herself as a serious, experienced pair of hands.

Meanwhile, the SNP has been making significant inroads. The seat’s equivalent in the Scottish Parliament was won by Bruce Crawford of the SNP during the party’s 2011 landslide, and the SNP won the most seats and votes in the council elections the following year. But the lack of a majority led to a Labour-Tory coalition taking over the council – a council spearheaded by Johanna Boyd, Labour’s candidate this year for MP.

In Stirling hustings over the last month, it’s fair to say Boyd has been impressive. She’s the youngest council leader in Scotland, and the first female leader of Stirling Council since its creation in 1995. A former barrister, she is an effective communicator and uses her record in power locally to sell herself as a serious, experienced pair of hands.

But there’s the whiff of the Labour machine politician about her. Only a day after Murphy and Balls started their “second independence referendum” line of attack against the SNP, Boyd brought it up in her opening statement during a small business hustings at Forth Valley College – although, interestingly, didn’t bring it up again for the rest of the debate.

After the hustings, she went through a roll-call of scripted Scottish Labour sound-bites – “working families”, “exploitative zero-hour contracts”, “we need enough Labour MPs to get the Tories out”, and so on. She was engaging and pleasant, and it’s clear to see why people might vote for her.

Stirling is a diverse place. There’s the affluence of areas like Bridge of Allan and Dunblane and the relative poverty of places like Bannockburn, Borestone and the Raploch. There’s a large rural community – with over a third of people in the constituency living in rural areas – and a large student community of over 11,000.

The University of Stirling has gradually become a more politically active campus since the referendum campaign, where there was a prominent Yes group, and there are regular meetings and stalls held by the university’s SSP and SNA branch (the student equivalent of the SNP).

Tory candidate Stephen Kerr began his answer to a question about food banks by declaring that he “stands in admiration” at food bank volunteers, adding: “I believe in the big society.”

At another hustings in the region, this time hosted by the university, Tory candidate Stephen Kerr had a torrid time, suggesting – to boos from the predominantly student audience – that they don’t deserve free tuition because they are “mostly middle-class”. He began his answer to a question about food banks by declaring that he “stands in admiration” at food bank volunteers, adding: “I believe in the big society.”

He was, perhaps predictably, heckled for that, while Liberal Democrat candidate Elizabeth Wilson raised the biggest cheer of the night by telling the audience she personally opposed Trident. The Lib Dem manifesto favours a reduction in nuclear patrols and submarines, but not full disarmament.

It’s no surprise, perhaps, that it was difficult finding any students who weren’t at least considering voting SNP.

Self-confessed anarchist and philosophy student Gordon, 22, said he was thinking about voting SNP as the “lesser of two evils”. While the SNP has elements he wasn’t too keen on, it also pays for healthcare and education, prioritising “the things that matter”, he said.

Hannah, a 22-year-old English student – who wasn’t sure who she was voting for, or even that she would definitely turn out – said after the event: “I need to find a party I actually want to vote for.” But she found the SNP’s position on free tuition attractive: “I kind of need that to finance my education,” she said.

She was, however, sure of who she wouldn’t vote for: “There are more pandas in Scotland than Conservative MPs and there’s a good reason for that.”

Out on the election trail on the last weekend before the election is Steven Paterson, SNP councillor and Westminster candidate for Stirling. He acknowledges that the Tories have a bigger toehold in Stirling than in many places in Scotland, and moots the possibility that they could beat Labour to second place – assuming, that is, that the SNP takes the top spot.

During the husting events, Stephen Kerr, the Tory candidate, took a notably right-wing, almost libertarian line on issues like business and Europe; it was probably wise for Ukip not to stand a candidate here. It would have been pointless.

Kerr was something of a disrupting influence at hustings events, and despite even interrupting Paterson while he was making his closing statement at one of them, he remonstrated with organisers afterwards that he hadn’t been allocated time fairly, and insisted he had clearly been the best-received panellist.

Liberal Democrat candidate Elizabeth Wilson raised the biggest cheer of the night by telling the audience she personally opposed Trident.

“I just left him to it,” Paterson says of Kerr’s antics.

He reckons the Tory vote – and the Unionist vote more broadly – is strong in Stirling, but “not strong enough”, and that a closer gap between the Tories and Labour will only benefit the SNP.

He says that even in the constituency’s leafier suburbs – the likes of Bridge of Allan – “the Tories’ economic argument is not working”, and their austerity programme has “abjectly failed”. The SNP is “winning votes in all areas”, he says, which echoes a now familiar refrain of SNP campaigners: people are disappointed with Labour, and every day he has people tell him they’re switching to the SNP while lamenting “I’ve been Labour all my life”.

“I don’t like to use the term ‘former Labour voters’,” he says, however. He prefers to welcome them first and foremost as SNP voters.

Paterson has been a councillor since 2007, and also worked for Bruce Crawford MSP. Prior to that he worked in tourism, at the nearby Wallace Monument. A history graduate, Paterson confesses how much he loved talking to tourists about Scottish lore.

But for a city with so much Scottish heritage – and streets, monuments and pubs named after William Wallace and Robert the Bruce – some found the strength of Stirling’s 60 per cent No vote in the referendum surprising. Paterson nods, but maintains that in this election, the SNP’s local message is being heard.

Paterson is particularly scathing of the council – naturally, perhaps, considering he’s a member of the opposition. They’ve “gutted the council of staff”, he says, adding that staff have been going on strike. They’re “a shambles”, “hypocritical and inept”, and have “no concept of management”, he claims.

SNP candidate Steven Paterson reckons the Tory vote is strong in Stirling, but “not strong enough”, and that a closer gap between the Tories and Labour will only benefit the SNP.

According to Johanna Boyd, people are very concerned with their “immediate environment”. She cited local concern at the GP shortage in Bannockburn Health Centre, billed by Labour as part of a national “crisis” in Scotland’s NHS caused by the SNP government. But local concerns cut both ways.

A local taxi driver has nothing good to say about the Labour-Tory coalition at Stirling Council, calling them “a shower”, and contrasting them with Bruce Crawford, who he describes as “very helpful”.

Local Conservative canvassers somewhat chime with Paterson’s assessment on the strength of the Tories and Labour in Stirling. Their reception on the doorstep has been “pretty good”, one on the election trail says.

“I’m not going to lie, there are a lot of nationalists – and not that many people admitting that they’re voting Labour,” he goes on, although he concedes that a lot of voters are still holding their cards pretty close to their chests. The Tories have been “everywhere” in the constituency, and will keep campaigning “right up to the bell”, he adds.

Perhaps the most experienced candidate is Mark Ruskell of the Greens, a former MSP. He impresses at hustings events, displaying control of his brief and a good deal of independent thought, bringing to the debate issues like TTIP, the “future economy” and a staunch defence of public sector investment.

The Tories have been “everywhere” in the constituency, and will keep campaigning “right up to the bell”, one canvasser says.

He confesses that it has been a difficult campaign for the Greens – “a game of two halves” in the form of the SNP and Labour – but says that the Greens’ messages on railway renationalisation, decentralisation and the NHS have been well received.

It remains to be seen what impact local politics, Holyrood politics and Westminster politics are having on Stirling respectively. With a lack of constituency-specific polling, it’s difficult to ascertain exactly what the mood is.

Johanna Boyd is adamant that Labour has fought a hard, positive campaign and that the response on the doorsteps has been good. The SNP campaign team say that they’ve never had a General Election campaign like it, and that the days of having doors slammed in their faces or being “chased out the gate” are long gone. People are listening.

However it’s difficult to discount that Stirling, a notably diverse electorate, has remained stubbornly Labour at Westminster for 18 years. Placing a bet either way on Thursday’s result in Stirling may be risky business.