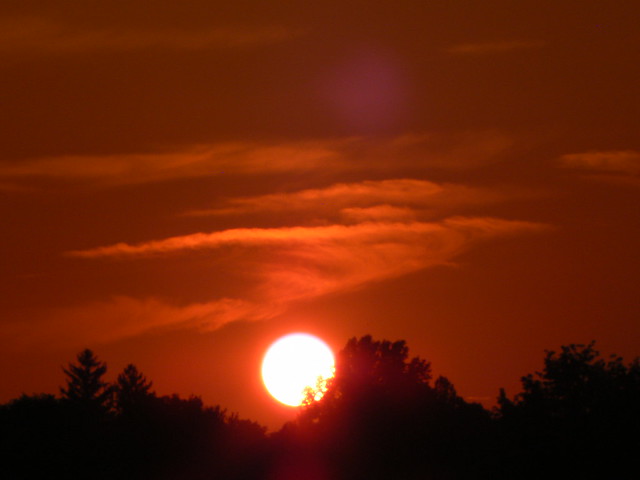 Mikey Jarrell (@MikeyJarrell), freelance science communicator and writer, examines the tension in the scientific community over SRM, a climate geo-engineering technique which is moving towards the spotlight

THE emerging field of solar radiation management (SRM) suggests an unorthodox solution to climate meltdown, but at an ethical price. While many researchers have said that they wish they weren’t involved, their work could be key to the survival of our ecosystem.

SRM is the most prominent technique in the portfolio of geoengineering, a term which describes theoretical approaches to cool down our planet artificially, countering the effects of manmade climate change. Its architects propose preventing some of the sun’s energy from entering our atmosphere by spraying the stratosphere, the vast region that stretches from 10km to 50km above the earth’s surface, with reflective aerosol particles.

Models have indicated that the resulting cooling effects seen could be enough to comfortably mitigate the critical warming point of 1.5°C, as identified by the Intergovernmental Panel on Climate Change. The  potential deployment cost is estimated at less than $10 billion per year – a price easily paid by the developed world.

The principle has already been tested by nature. Volcanic eruptions inject sulphur dioxide particles into the stratosphere, where a high-speed network of winds spread them around the globe. The cooling effects from the scattering of sunlight by these natural particles is measurable. Whether man-made particulate clouds should ever see the light of day is currently a matter of debate.

READ MORE: Neil Clapperton: How our Housing Association is responding to Climate Emergency in the oil capital of Europe

Critics see SRM as a way to treat the symptoms of our planet’s sickness without actually curing the disease. Professor of Atmospheric Physics, Joanna Haigh, comments: “This plan is a distraction that may well encourage weaker action on emissions reduction by governments in the hope they will no longer be necessary.” Views such as this make many researchers understandably uncomfortable to be working on SRM.

Solar geoengineering is designed to produce effects at a global level, but researchers still don’t have a good grasp of what the unintended impacts could be. Most notably, models point to unpredictable shifts in rainfall patterns, and consequent effects on crop yields.

In practice, the degree of international collaboration required to produce informed consent for such risk-taking would be unprecedented, and difficult to achieve.

The SCOpEX project, a first, tentative outdoor test of SRM using reflective calcium carbonate particles, is scheduled for launch this year. Understandably given the scrutiny, the experiment will only look at how the particles disperse, rather than trying to achieve any actual cooling effect. But lead researcher, experimental Harvard physicist David Keith, is optimistic: “If solar geoengineering is as good as what is shown in these models, it would be crazy not to take it seriously.” But even assuming that tests suggest it is safe and effective, there is no certainty that evidence alone will sway public opinion.

Compounding the problem is the fact that geoengineering is, in some circles, a dirty word for entirely different reasons. Well-worn conspiracy theories accuse governments and unknown agencies of lacing our atmosphere with chemicals by poisoning aircraft contrails. The association with this small, yet notoriously vocal, element has ensured that the race to gain public support for SRM will see its proponents starting on a back foot.

Public engagement is required, yet effective dialogue by scientists with the public on controversial new technologies has historically been fraught with problems. The continued opposition to nuclear power and GM crops is seen by many as a direct failure of the scientific establishment to engage meaningfully with public concerns. Facts alone, as is now becoming widely understood, are not enough.

Polling has in fact shown that exploratory research into the viability of geoengineering is broadly accepted as necessary. It is when it comes to real-world application that opposition rapidly increases. However, as the severity of the climate crisis continues to reveal itself, and if our inability to curtail our carbon emissions continues, support for implementing a backup plan may begin to swell.