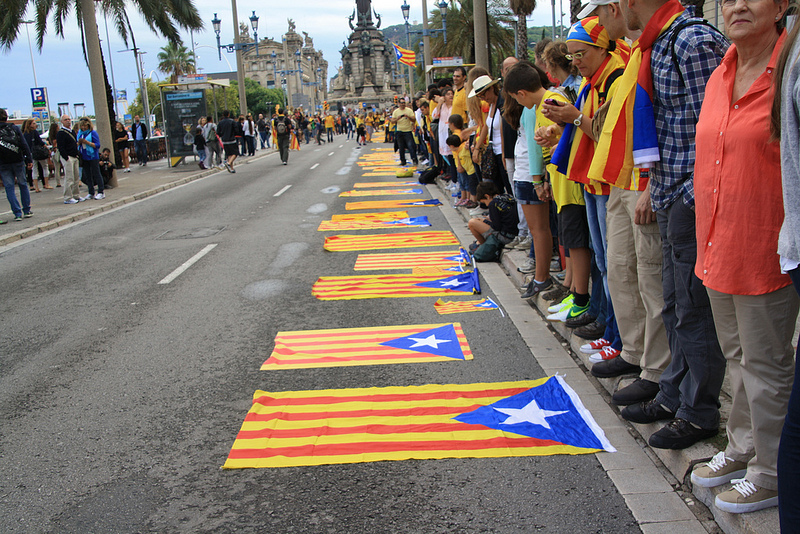 Students at the university will hold a protest in support of Prof. Clara Ponsati

DEFENDING DEMOCRACY, students at St Andrews University have organised a protest in support of Prof Clara Ponsati, an academic at the university who the Spanish Government is seeking to extradite from Scotland over sedition and rebellion charges.

University bosses also hit out at Spain’s attempts to extradite the “valued colleague” as a “politically motivated” attack on free speech.

Speaking to CommonSpace, Stephanie Melnick, an organiser of the student protest, said their campaign had received widespread support amongst the university community and from local residents.

“This is not about Catalan independence, it is about freedom of speech and democracy,” the mathematics student said.

The St Andrews group are encouraging students across Scotland to join their protest, either by traveling to St Andrews or holding protests on their own campus.

As well as the protest, to be held after the university returns from holiday, the group have also organised a petition and plan to hold a number of smaller protests in advance on Monday 2 April.

Professor Ponsatí served as minister of education in President Puigdemont’s cabinet when the Catalan parliament declared independence in opposition to the Spanish Government. The European Arrest Warrant was issued by Spain for her arrest last Friday.

A spokesperson for the student group organising the protest said: “We believe that the crimes Professor Ponsatí has been accused of are politically motivated. Should she be extradited she is likely to suffer inhumane treatment, whilst the independence of the judiciary in Spain cannot be guaranteed.

“Under these grounds, the British judiciary is legally and rightly able to reject the warrant for her arrest. This case is but the latest in a long line of attacks on democracy and human rights which the Spanish government has perpetrated against the Catalan people.

“Rejecting this warrant would demonstrate that the British state is committed to upholding the values of democracy, human rights, and self-determination.”

In an email seen by CommonSpace, St Andrews principal Professor Sally Mapstone told concerned students: “Clara is a valued colleague and we are committed to protect and support her.

“We believe there are legitimate arguments that Clara is being targeted for standing up for her political beliefs.” Prof. Sally Mapstone, St Andrews principal

“As her employer and an institution committed to the defence of free speech, we are deeply concerned by recent developments, their motives, and potential consequences.

“In the current circumstances, we believe there are legitimate arguments that Clara is being targeted for standing up for her political beliefs. That is anathema to us, and we will continue to offer her every appropriate support while respecting due legal process.”

The SNP MSP Christina McKelvie is also expected to raise the case in Strasbourg later this week, where she will attend the Congress of Local and Regional Authorities at the Council of Europe.

The protest will be held outside St Andrews University students association at 7pm on  Monday 2 April.