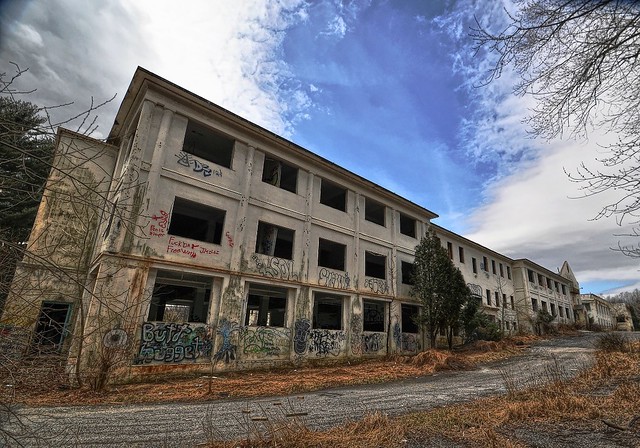 With the Programme for Government coming up in September, could Labour’s Land for the Many paper be a fruitful source of radical thinking for the SNP Government?

A NEW paper commissioned by the UK Labour Party and edited by writer George Monbiot on land policies, Land for the Many, is packed with good ideas, some of which have been borrowed from Scotland.

No doubt that Scotland has made steps forward on land issues which England has not yet, but there is still a long, long way to go. Ownership of land in a tiny number of hands – the most concentrated in Europe – has not been dented by land reform policies so far, while Scotland’s housing crisis intensifying in recent years.

With a new Scottish Government Programme for Government expected in September and the Labour Party out of power at UK level, now would be the time to pick up bold ideas and deliver them in Scotland.

CommonSpace identifies five ideas from Land for the Many that the Scottish Government could take.

Land for the Many proposes the levelling off of house prices as an explicit goal of government policy so that “wages can catch up and the house-price-to-income ratio can gradually fall”.

This is eminently sensible in the Scottish context, where house prices have risen to above their pre-crash peak in recent years, a rise that has not been even nearly matched in incomes. Since the turn of the century, average house prices in Scotland have more than tripled.

Rising house prices stretches the wealth divide between those who own assets and those who don’t. This generates the inherently unfair situation of people’s living standards increasingly being dictated by what we own rather than what we do. Stabilising house prices will take away the incentive of treating housing as a financial asset, rather than a home to live in.

Since this is mostly determined by underlying land values (as opposed to the cost of building and materials, which accounts for less than 20 per cent of rising costs from 1950 to 2012), most of the policies in Land for the Many would have the effect of stabilising house prices – a combination of measures would be necessary to achieve this goal.

But to pick out one proposal which is currently within the Scottish Government’s purview, the report calls for a Common Ground Trust. This institution – publicly backed but independent – would “buy the land beneath houses and lease it to members”.

By separating the ownership of land and housing, the desire of those who wish to buy a house would still be fulfilled, but with the land speculation aspect of the property market – the bit which attracts the speculators and developers – removed. Bringing land into common ownership would mean a stable supply could be made available for home ownership, removing the threat of private land interests taking land off the market if they don’t believe sufficient profit could be made from its sale, a measure which could lead to a rapid fall in land values and negative equity. Thus the Common Ground Trust also acts as a mechanism to stabilise land prices.

The Scottish Government introduced Rent Pressure Zones in 2017, but as CommonSpace has reported in recent months, they have not been introduced by any local authority anywhere, with Councils complaining that they are “not fit for purpose” due to the onerous requirements on local authority data collection to even make a submission to government for an RPZ.

Meanwhile, rent prices in the private rented sector continue to boom, with head of the Edinburgh Poverty Commission Dr James McCormick stating that the rising costs of private rents in the capital is now the main driver of poverty in the city.

Land for the Many proposes a rent cap on “annual permissible rent increases within tenancies at no more than the rate of wage inflation or consumer price inflation (whichever is lower)”. This is not as radical as the proposals of Common Weal and Living Rent for linking rent prices to the quality of properties, but it is far simpler and more effective than the failed RPZ’s of the Scottish Government, and would immediately act to prevent the sort of wage-busting rent rises seen in Edinburgh and Glasgow in recent years, which have both seen rent rise by over a third since 2010.

This would undoubtedly be a popular measure as well, with a poll finding three in four Scots backed rent controls.

It is simply unjust that it is usually cheaper to pay the repayments on a mortgage than it is to rent privately, and creates the perverse financial incentives of buy-to-let landlordism: get a mortgage on a house and then rent it out so that the renter pays off your mortgage for you. After perhaps 20 years you have full ownership of a property off the back of someone else’s income. Buy-to-lets have slowed as tax incentives have been reduced, but they still made up 23 per cent of lending for house purchases in the first quarter of 2018.

The annual rent cap would reduce the profitability of private renting and thus reduce the incentive for buy-to-lets, while a series of measures are proposed to increase the transparency and accountability of landlords. Tax changes (detailed below) are also proposed, as well as restrictions on using properties as holiday homes, with AirBNB being one of the most profitable examples of buy-to-let landlordism, especially in Edinburgh.

Perhaps the most exciting section of Land for the Many is its proposals around development and planning, which are aimed at firmly putting public need at the centre of the planning system, while increasing the input of communities into decision making.

The report proposes the establishment of new public development corporations with “the power to purchase, develop and sell land in the public interest for the creation of new towns and other communities.” In combination with new powers for these institutions to buy land at use values (which the report states could reduce the cost of building affordable housing by 50 per cent) the idea is very similar to the methods used in the 1960’s and 70’s to build towns like East Kilbride and Cumbernauld. It is proposed that the public development corporations would get loans from regional development banks to finance this, which in the Scottish context could be done through the new Scottish National Investment Bank.

Land for Many proposes a much more active role for local authorities in the planning process. Rather than simply deciding on private planning bids, Councils could set housing targets “on the type, size and tenure that local people need and can afford.” Selling off public land “to the highest bidder” would be brought to a halt and a Community Participation Agency established to empower communities in the planning process. Finally, a citizens jury type structure as part of planning decision-making.

As the Scottish Government’s widely lamented draft Planning Bill limps its way through the Scottish Parliament, the proposals above would give it a whole new impetus. It won’t be possible to deliver a Green New Deal without a fit for purpose planning system.

The inability to seriously reform Council Tax in Scotland despite countless promises, commissions and reviews is one of the major failures of devolved government, with all parties in Holyrood (other than the Greens) preferring to maintain an out-of-date and unfair system designed by the Tories nearly thirty years ago out of fear of that a fair tax system might tax some households substantially more.

The Greens won a commitment out of the Scottish Government in this year’s budget agreement that local tax reform would be brought forward before the end of this parliamentary term, and they could do worse than embrace the package of tax measures proposed in Land for the Many.

Replacing business rates with a Land Value Tax, the Council Tax with a progressive property tax and taxing second homes so they are at least in line with income tax rates would all create a more equitable tax system that supports productive economic activity and taxes unearned wealth more than incomes. Taking renters out of the local tax system entirely would be a major financial boost for the many thousands in Scotland who have to choose each month between paying Council Tax debts and putting food on the table.