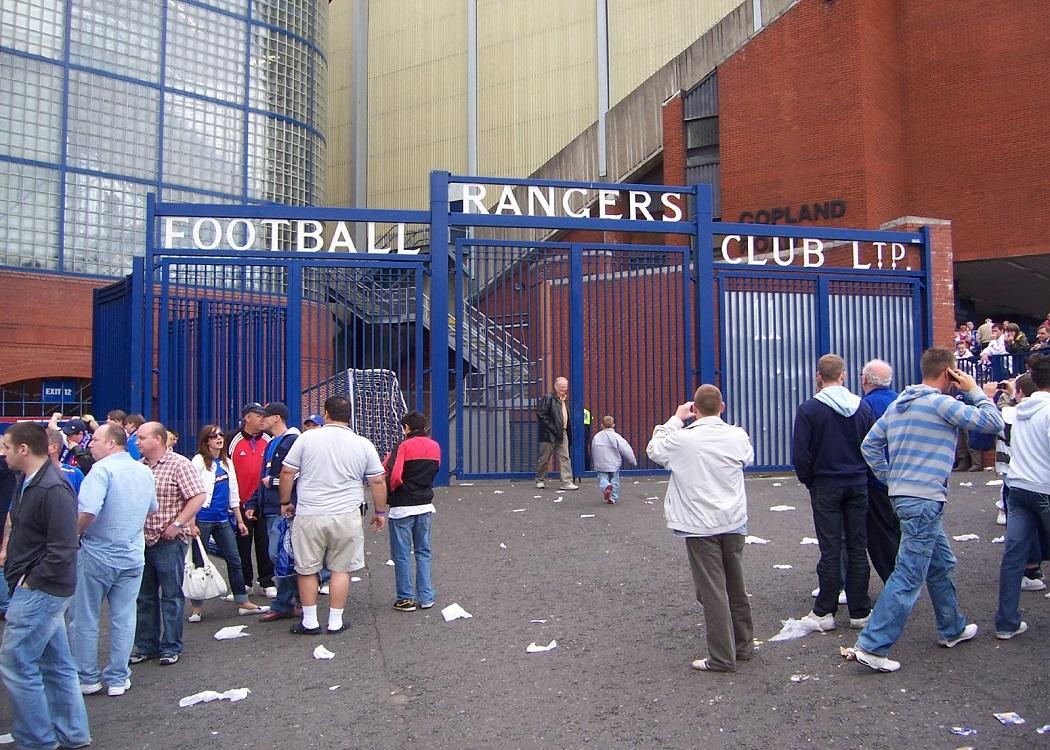 Collymore, who has previously received online racist abuse, spoke out after the SPFL ruled earier this week that Rangers would not receive any punishment for the anti-Irish songs sung by fans at the recent Celtic vs Rangers League Cup semi-final in Scotland’s national stadium, Hampden.

Throughout the game, Rangers fans could be heard singing The Billy Boys, a song which commemorates gang leader Billy Fullerton, who set up a branch of the Ku Klux Klan in Glasgow in the 1930s. The song features the line: “Hello, hello, we are the Billy Boys. We’re up to our knees in Fenian blood, surrender or you’ll die.”

Fans also sung The Famine Song, which invites Irish people in Scotland to ‘go home’ because the Irish Famine, which killed a million people, is over.

Speaking on Twitter, Collymore said: “Please sign my petition asking all sponsors and broadcasters to boycott #RFC games as ‘Up to our knees in Fenian Blood’ isn’t acceptable.

“I’ve yet to hear or see one Rangers fan condemn the ‘We’re up to our knees in Fenian Blood’ that was sung wholesale at Hampden. One.”

Uefa took action against the old Rangers club, which was liquidated after a tax scandal in 2012, in 2011 over racist and sectarian chanting. The club was fined 40,000 Euros and fans were banned from attending a European match as punishment.

In 2013, ESPN was forced to apologise on air after racist chanting could be heard during a live broadcast.

Rangers has a lengthy history of racist and sectarian problems within its ranks. Up until the 1970s and 1980s, Rangers had a ‘no-Catholic’ signing policy, effectively excluding the Irish immigrants in Glasgow who made up much of the population after escaping the Irish Famine and settling elsewhere.

Rangers’ rival club across the city, Celtic, was founded by Irish immigrants.

In response to Collymore’s comments, Rangers fans have called for BT Sport – which provides football commentary on – to sack him.