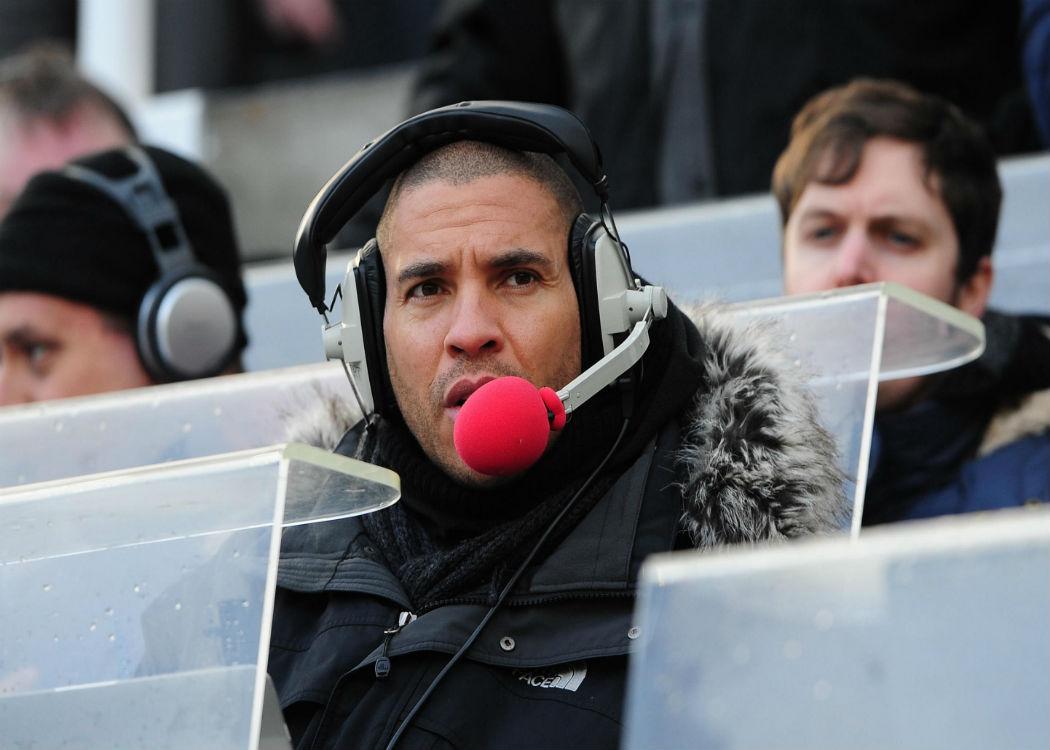 STAN Collymore, former Liverpool and Aston Villa footballer and TV Pundit, has been dropped from tv channel BT Sport for an upcoming match after criticising Rangers fans chanting racist songs ‘The Billy Boys’ and ‘The Famine Song’ at a recent Rangers vs Celtic match.

CommonSpace reported on Thursday that Collymore shared a petition calling on sponsors and broadcasters to boycott Rangers games until the chants stop.

BT Sport claimed it did not sack or drop Collymore from commentating on an upcoming Championship match between Rangers and Raith Rovers, stating that Collymore decided to withdraw himself from the game.

But Collymore rejected this, saying on Twitter: “Just had a call from BT Sport, I’m taken off tomorrow’s show. Absolutely fine. Better to be right than bury my head.”

Collymore added later: “All BT Sport have done tonight is empower right-wing mob rule”, and stated: “You can get sectarian, racist, threats from Rangers fans but can’t tell truths. Censorship & fascism alive and well in 2015 Britain.”

Rangers fans organised a counter-petition to get Collymore sacked from BT Sport after Collymore had said: “Please sign my petition asking all sponsors and broadcasters to boycott #RFC games as ‘Up to our knees in Fenian Blood’ isn’t acceptable.”

The lyric ‘up to our knees in Fenian blood’ comes from Rangers song The Billy Boys, which commemorates a Glasgow street gang leader, Billy Fullerton, who founded a branch of the Ku Klux Klan in the city in the 1930s.

The Rangers Supporters Trust said: “If this is the type of man that BT Sport wish to associate themselves with then not only Rangers fans, but fans of all clubs, have the option of voting with their subscriptions.”

Rangers fans appear to have got their wish after Collymore was dropped, but he did receive some support from within the football world, with Graham Spiers, sports writer and broadcaster, stating on Twitter: “Is @StanCollymore not just the umpteenth person across British media to be appalled at Rangers fans’ bigoted chanting? On and on it goes…”

Ex-footballer Bernie Slaven, a Middlesbrough legend who was capped for the Republic of Ireland, said: “Keep telling the truth Stan very few media pundits have the balls Respect Hope to bump into u at the Riverside next campaign.”

Collymore has stated that he previously “had a soft spot” for Rangers, but after learning of the club’s history – until the 1980s Catholics were not allowed to play for the club – he began to change his mind. Collymore developed a fondness for Celtic because it “is actively anti-fascist and has embraced Catholic and Protestant footballers from year dot”.

Some Rangers fans took to Twitter to vent their fury at Collymore’s petition for sponsors and broadcasters to boycott Rangers games, labelling him ‘wife beater scum’ for an attack in 1998 on his then wife Ulrika Jonsson in a Parisian bar.

Collymore is not the first media personality who has faced the threat of being dropped from TV because of a critical stance towards Rangers and a fans backlash.

During a discussion about financially troubled Rangers in 2013, BBC Scotland presenter Jim Spence received online abuse after saying during a radio broadcast that some people say the old Rangers club died, in reference to Rangers’ liquidation in 2012.

Hundreds of complaints were lodged with the BBC, and Spence threatened to quit after he was abused in a Dundee street while out with his wife. He was later cleared by the BBC Trust of any wrongdoing.