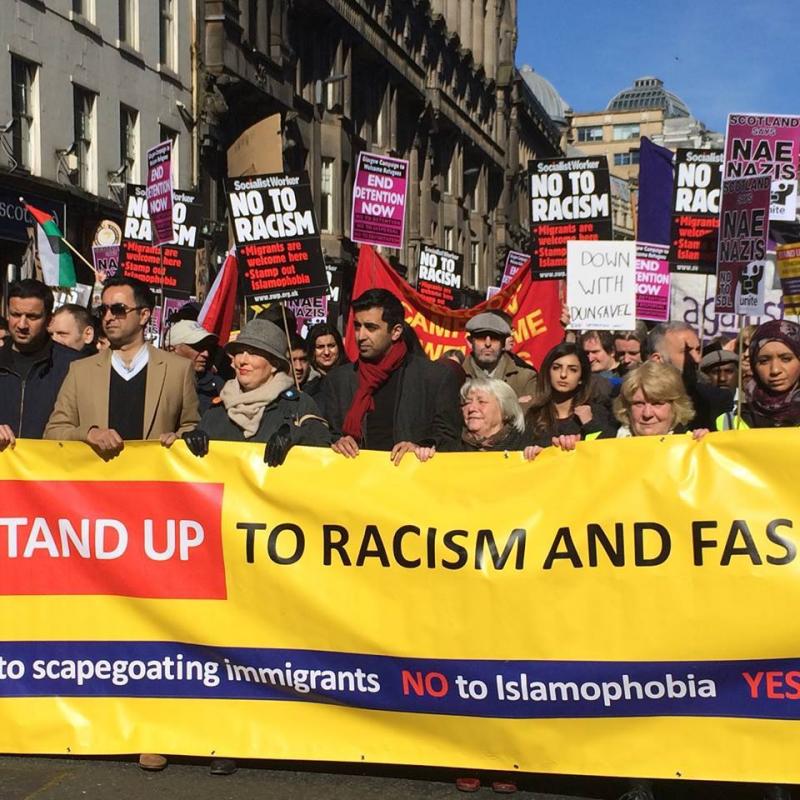 Stand up to Racism Scotland calls on everyone to mobilise to ensure that the March 18, 2017 demonstration in Glasgow is a massive success. Following Trump’s ban on Muslims and refugees, we will send out a clear message that we will not tolerate racism, discrimination, and division in our community.

Assemble 11am in Holland Street, Glasgow