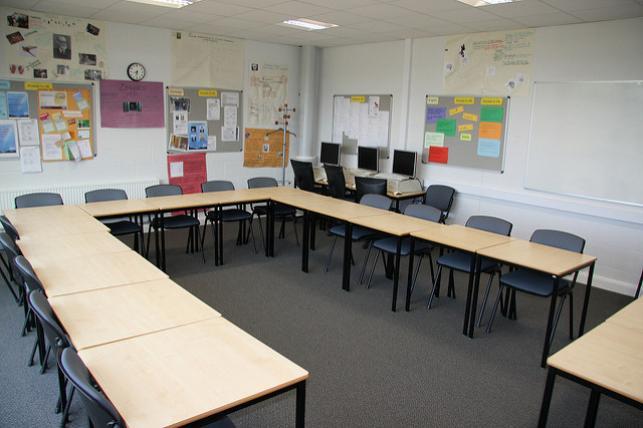 Experts and stakeholders told the Education and Skills Committee that the controversial Scottish National Standardised Assessments may result in unofficial league tables and an obsession with percentages.

THE SCOTTISH GOVERNMENT’S controversial new standardised tests for children in Scotland risk negatively affecting the culture of education in Scotland, creating unofficial league tables and an obsession with percentages, despite being widely regarded by teachers and experts as an ineffective means of gathering data, MSPs were told today [6 January].

Giving evidence at the ongoing inquiry into the Scottish National Standardised Assessments (SNSAs) by Holyrood’s Education and Skills Committee, Susan Quinn, education committee convener for the EIS, said that teachers had told the trade union: “‘It [the SNSA] has told me nothing much more than I already knew about the young people in my class.’

“So if they’re telling you nothing much more than what you already knew, why waste time doing them? Why not use your time to teach the kids? Because if you’re assessing, you’re not teaching.”

Quinn continued: “The introduction of a national standardised test, as we’ve seen in the past, makes us lazy in terms of our conversations about education, attainment and achievement.

“Why not use your time to teach the kids? Because if you’re assessing, you’re not teaching.” EIS education committee convener Susan Quinn

Lindsay Law, convener of Connect, argued that the SNSAs raised the risk of a “league table” put together from “a very narrow focus of the curriculum.”

“There is a continued focus on numbers rather than individuals as children, and that is driven by a national government obsession with being able to say that Scotland is leading the world in x, y or z.” Connect convener Lindsay Law

“There is a continued focus on numbers rather than individuals as children, and that is driven by a national government obsession with being able to say that Scotland is leading the world in x, y or z. Parents don’t care about Scotland leading the world; parents care about their child’s education.

“If you test Primary One today, you’re going to have to wait seven years for that to work through the system until you can get anything meaningful out of it that will help the next cohort coming through. Our children do not have that time. They need resources now.”

James McEnaney, a teacher and education journalist well known for his Freedom of Information-based research into Scottish Government education policy, said that the direction of education in Scotland over the past decade worried him, but that he hoped recent controversies over the SNSAs might provoke a reconsideration of Scotland’s educational culture.

“If one of the good things that comes from this is a recognition across the whole chamber, and beyond that, across the whole of society, that we are making a mistake in the way we are becoming too focused on really narrow, atomised aspects of the education system – that would at least be something.”

McEnaney continued: “There is an opportunity cost – not just to these tests themselves, but to the culture they are likely to lead into. Ultimately, it almost certainly ends in standardised test data becoming public. Part of the reason there’s a lot of concern around this, I think, is because it represents something of the direction of travel in and of itself.

“There is an opportunity cost – not just to these tests themselves, but to the culture they are likely to lead into. Ultimately, it almost certainly ends in standardised test data becoming public.” Journalist and teacher James McEnaney

“In other countries that have gone down this path before us, the tests themselves have had an impact well beyond whatever they were ever intended to do.”

Beyond the potential unintended consequences of the tests, the worth of the SNSAs as means of gathering data was also questioned by those providing evidence to the committee.

Darren Northcott, national education official for the NASUWT union characterised the apparent duel-purpose of the SNSAs as being both “formative” and “summative”.

Traditionally, formative assessments are carried out during students’ education as a means of monitoring their progress and informing their teachers’ approach, whereas summative assessments such as exams take place at the end of an educational unit, measuring the students’ achievement against a set benchmark or national standard.

Attempting to do both with a single assessment, Northcott said, was something that has “never been achieved anywhere.”

Citing evidence submitted to the inquiry from Education Scotland, which appeared to characterise the SNSAs as both formative and summative, Northcott continued: “If there’s confusion at that strategic level, it’s not surprising then that teachers and parents question what is the purpose of this assessment and how should it be used?

McEnaney pointed out: “In trying to do both jobs at once, I think what we’re actually probably doing is doing neither of them well, and potentially doing quite a lot of damage while we’re doing that.”

A key issue in today’s @SP_EduSkills Committee session was the nature of the SNP govt’s standardised tests. They claim they are formative assessments, but here’s what Prof Dylan Wiliam told me (after govt misrepresented his research in an FOI response) pic.twitter.com/DJRsTlwjwB

William’s response, shared by McEnaney on Twitter this afternoon, elaborates: “It is my judgement that the tests currently being used will not provide formative, diagnostic information for teachers on literacy and numeracy.

“These tests may have some summative uses, such as moderating teachers’ judgements, but will have little, if any, formative use.”

The committee will reconvene on 20 February and expects to take evidence from education secretary John Swinney.