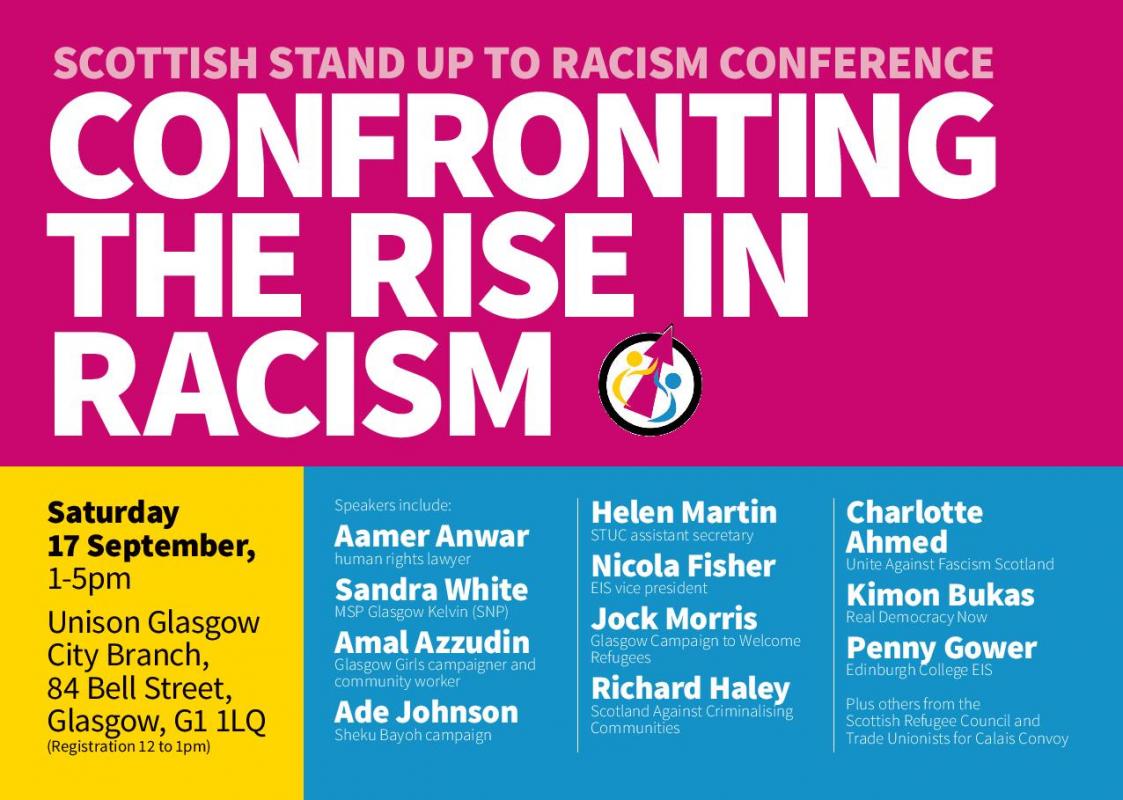 INDEPENDENCE LIVE will cover the Stand up to Racism Scotland national conference to bring together speakers, organisations and other activists to discuss how to tackle the rise of Islamophobia, racism, anti-Semitism and how we defend civil liberties.

The news that a pregnant woman was assaulted, racially abused and tragically lost her baby in an attack in Milton Keynes is a horrible confirmation of the rise of racism.

The attack follows on from the murder of a Polish man, Arkadiusz Jozwik in Harlow, a further assault on two Polish men in the same town and another attack in Leeds.

Picture courtesy of Stand up to Racism