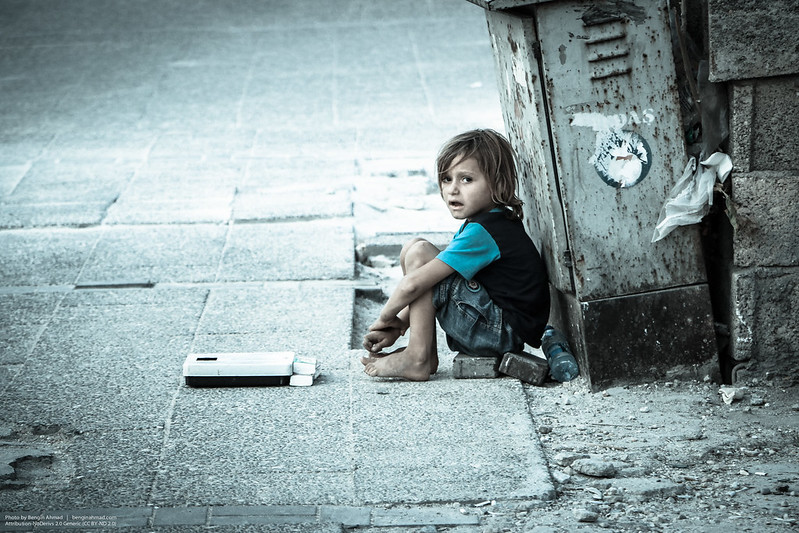 THE UK GOVERNMENT has faced immediate and widespread criticism from charities, opposition parties and refugee rights campaigners after Conservative MPs successfully voted down an amendment protecting the rights of child refugees.

The Dubs amendment – tabled by Lord Dubs, a former child refugee who came to the UK fleeing Nazi persecution – would have guaranteed family reunion rights for unaccompanied child refugees following the UK’s withdrawal from the European Union.

Attached to Prime Minister Boris Johnson’s Withdrawal Agreement Bill, the amendment was passed by the House of Lords on 21 January by 300 to 220. Johnson pledged to overturn the amendment, along with four other changes, including an entrenched commitment to the Sewel Convention, which emphasises that Westminster “will not normally” legislation on devolved matters without the consent of the devolved UK legislatures affected.

Today [22 January], the final day of the bill’s passage through parliament, all five amendments were voted down by 342 to 254, with all MPs voting against the Dubs amendment being Tories.

“Rather than stepping up and playing its role in addressing the refugee crisis, the toxic Tory government has instead lurched to the extremes and closed the door on some of the most vulnerable children in the world.” SNP MP Stuart McDonald

Brexit Secretary Stephen Barclay told MPs: “Primary legislation cannot deliver the best outcomes for these children as it cannot guarantee that we reach an agreement and that is why this is ultimately a matter which must be negotiated with the EU, and the Government is committed to seeking the best possible outcome in those negotiations.”

Barclay added that the UK had granted protection to over 41,000 children since 2010, and had received 3,500 applications for asylum from unaccompanied children in the 12 months prior to September 2019.

In the aftermath of the vote, Lord Dubs commented: “This is very disappointing news, especially given the public statements made by this government which suggested that they shared the public’s wish to help child refugees.

“We still have moral obligations to these children who simply want to be reunited with family here. Given the government has made several commitments to child refugees since the Brexit Bill was published shortly before Christmas, we will be keeping an extremely close eye on what they do next and ensuring they honour these commitments.”

“To take away the #RightToReunite would be nothing short of state-sanctioned child abuse.” Scottish Refugee Council

The SNP’s immigration spokesperson Stuart McDonald MP described the Tories’ rejection of the Dubs amendment as a “shameful new low”, saying: “Rather than stepping up and playing its role in addressing the refugee crisis, the toxic Tory government has instead lurched to the extremes and closed the door on some of the most vulnerable children in the world.

“This is a Tory government that is callous to its very core.”

Beth Gardiner-Smith, chief executive of the child refugee charity coalition Safe Passage International, also warned: “The Government must keep its word to unaccompanied children, to Parliament and to people across the country who believe that Britain should do its bit to help refugees reunite with family here in Britain.

“Many of the children we support have lost their parents but they have grandparents, siblings, aunts and uncles living in the UK and ready to care for them. It is illogical that these children be denied safe passage to the UK, left with no other choice but to consider smuggling just to reach their loved ones, or to grow up alone without the care of their family many surviving in camps and car parks across Europe.”

In a statement released on their website following the vote, the Scottish Refugee Council also commented: “Lives are at stake if children cannot reunite with their families. Family reunion is about the future, about compassion, about a generation of young people not being lost. There are reports of children as young as two losing hope in the squalid camps of Greece, shutting down, already so deeply traumatised by the cards that life has dealt them. We can do better than this. We can do so much better than this.

Yesterday, a boat sank in the English Channel of the coast of Belgium. Eight people are still unaccounted for, including children. They are believed to be alive but reports are not reassuring. We urgently need more safe and legal routes to prevent needless tragedies at our border, which claimed nearly 50 lives in 2019 including the Essex tragedy. But instead, the Government is looking at tearing our limited safe, legal routes apart. To take away the #RightToReunite would be nothing short of state-sanctioned child abuse.”