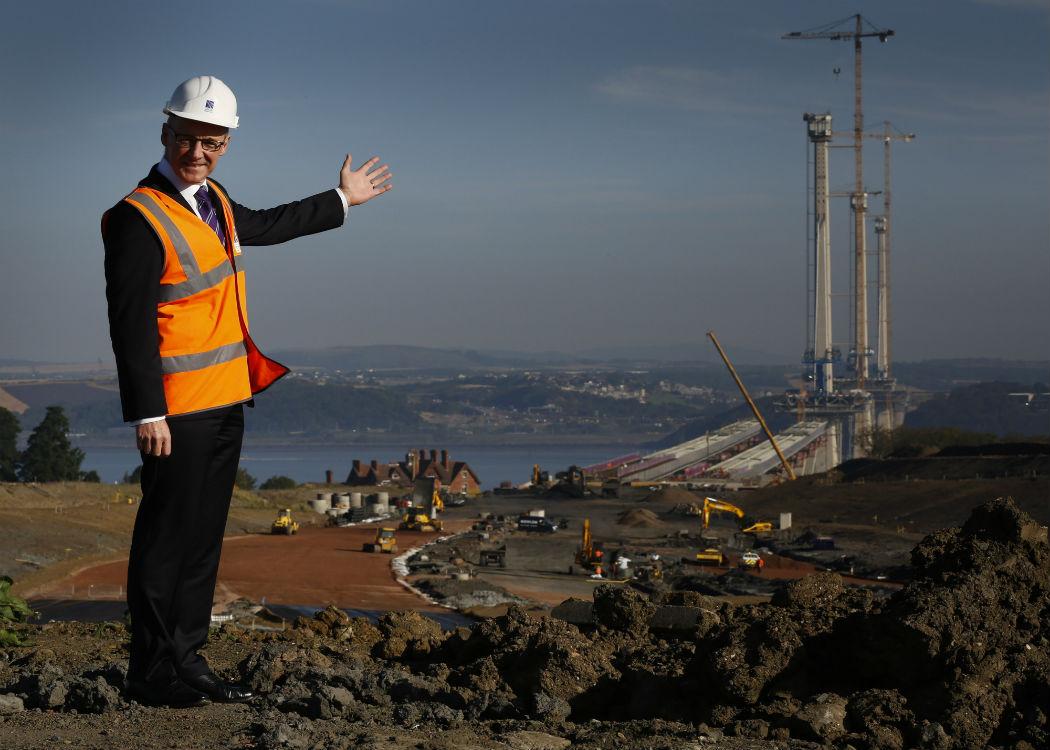 Commentary on the budget from economists, campaigners and politicians

FINANCE SECRETARY JOHN SWINNEY has announced the Scottish Government’s budget for the year 2016-17 in a climate of austerity and constitutional change.

The budget makes significant changes to the NHS, introduces the new Scottish rate of income tax and means hundreds of millions of pounds of cuts will be pushed down to council authorities.

CommonSpace takes a look at what some of Scotland’s leading campaigners have said about the budget.

“Overall the budget had to be delivered in a period of uncertainty over what the next round of devolved powers might imply for public finances in Scotland, and over what the fiscal framework might offer or threaten in determining how these could be used. Also, much is new and the Treasury is not known for its transparency in negotiating transfers and Barnett consequentials. All this means there are particular risks in how initial forecasts of income and spend will be affected in the coming months which could plans and budgets become unrealisable.

All these factors point to a conservative budget being almost inevitable, and arguably desirable, to take us up to the Scottish Parliament elections. With a five year Government being elected, and with at least three more years of Westminster austerity cuts still to come, the manifestos for May 2016 become critical in establishing more radical proposals.”

“Unfortunately there is next to nothing in the budget that will mitigate or even work towards alleviating the job losses in North Lanarkshire. In fact talk of “strong but challenging” settlements for local government is a bit worrying.

“We understand the limitations in what the Scottish government can do, and the pitfalls in the Scottish rate of income tax powers that have been passed down. But we need to look past simply raising tax as a way to protect jobs and services.

“This budget sadly proposes no alternatives to austerity and mass unemployment and will only keep us in a cycle of blame and finger pointing.”

“The debate on the future of local government should dominate the forthcoming election campaign because we can’t wait until after May to see how hard and fast the axe is going to fall.

“We have two options to try and sustain jobs and services – centralisation or local democracy. John Swinney has indicated that over the lifetime of the next parliament his party would lean towards the former so we need to know what the impact will be.

“We know that tough choices are facing us and that’s why we have proposed that the Scottish parliament and council leaderships support a lobby of the treasury for an amnesty on the repayment of pre-devolution debt owed by councils.

“However, we need clarity and cooperation from the Scottish government about their long-term plans if we are serious about avoiding a potentially disastrous era of further austerity across Scottish councils.”

“It’s clear that students are in desperate need of fairer funding, and this budget could go further in addressing that, with no proposals to improve the student support system and cash cuts for universities. It’s really good to see a recognition of the importance of our colleges, and continued protection of their budget, but college students are still left with uncertainty of whether they’ll have enough money to live on.

“While there is no question about the tough financial circumstances facing Scotland as a result of the reckless austerity we’ve seen from Westminster, we cannot overlook the importance of investing in education, and particularly students and young people. Without the necessary financial support, the worry is that we continue to see students being forced into commercial debt, or dropping out of education altogether. That would be a waste of some of our brightest talent, and the country. At the same time, cuts to universities cannot have any impact on our student’s ability to participate and succeed, or the resources available to them.”

Make no mistake this is a budget that has been made in Scotland and imposed on Scottish Local Government. The 3.5 per cent cut coming to us next year cannot be laid at Westminster’s door this time around as we all know that the Scottish Government got a cash increase.

“A cut of 3.5 per cent is catastrophic for jobs and services within Scottish Local Government – because the harsh reality is that it actually translates to real job cuts that hit real families, in real communities throughout Scotland. Everyone will be hurt by this.

“This budget could only have been constructed by someone who has no responsibility for service delivery and who clearly does not understand the reality on the ground or the impact it will have on those struggling in Scotland.”

“The latest fuel poverty figures are a stark reminder that a transformation in our approach is required, and sadly this budget does not deliver that. It is disappointing that while ministers agree that energy efficient housing should be a National Infrastructure Priority, they are not yet committing to the scale of investment required. This will still take decades to resolve. We need Holyrood to be bolder, and Greens will continue to press the case.

“It’s also a concern that just days after the global deal on climate change in Paris, this budget does not prioritise investment in low carbon infrastructure. The First Minister promised that her Government would be a strong driver of a progressive climate agenda. Today’s draft budget is a world away from that. Engineering, finance and construction experts have already made clear that such investment will make our economy more resilient. Greens will continue to push for the jobs of the future.”