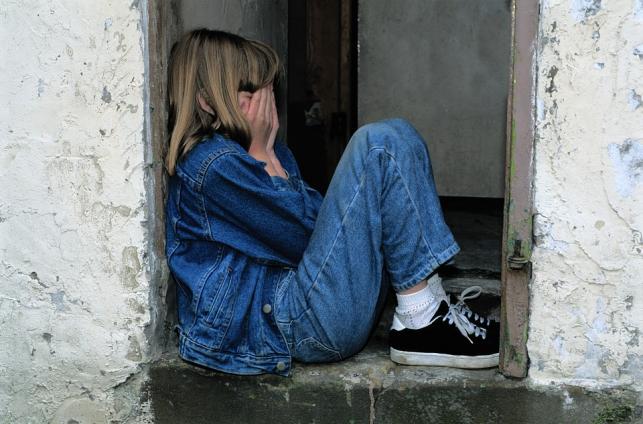 Auditor General is calling on the public sector to change the way that it deals with children and young people’s mental health.

SPENDING WATCHDOG, Audit Scotland is calling for a “step change” in the way public services deal with the mental health crisis that is affecting young people across Scotland.

The report, published today [13 September] examines the child and adolescent mental health service, and found that the health system is “under significant pressure” due to a major increase in young people being referred for mental health services and long waiting times for those in need of treatment.

Audit Scotland found the system is not organised appropriately, with access to specialist support services varying throughout the country, making it difficult for children and their families to get the necessary help they need.

The findings come after First Minister Nicola Sturgeon announced in her Programme for Government last week an additional £250 million in funding for mental health services, with £100 million targeted at expanding support services for children and young people.

Caroline Gardner, the Auditor General, said: “The mental health system is complex and fragmented, making it difficult for children, young people and their families to get the support they need.

“Improving mental health and wellbeing is a public health priority for the Scottish Government. For this to happen, a step change is required in the way services respond to the needs of children and young people.”

Over the last five years, there has been around 6,000 more referrals for a specialist service – up by a fifth. And in the same period, the number of rejected referrals have gone up by almost a quarter with 1,400 more being recorded.

Also, youngsters are waiting longer for treatment, with more than a quarter having started treatment in 2017/18 waiting over the Scottish Government 18-week waiting time target, compared to 15 per cent in 2013/14.

The report also found that the current system is focused on “specialist care and responding to crisis” despite the Scottish Government’s stated strategy of concentrating on early intervention and prevention.

Toni Giugliano, Policy Manager at the Mental Health Foundation Scotland, responded to the report by stating: “We need to invest in creating conditions in which young people can grow into resilient adults and prioritise the provision of the right early intervention services for those that do begin to struggle. We’re not doing enough to lessen the impact of early experiences of poor mental health and to ensure young people who are struggling learn positive help-seeking strategies.”

The Children and Young People’s Mental Health Taskforce – that was set up by both Scottish Government and COSLA back in June – and are calling on immediate action to address issues with rejected referrals and a stronger focus on prevention and early intervention.

Scottish Association for Mental Health Chief Executive Billy Watson, who is on the taskforce, said: “We welcome the findings of Audit Scotland’s report which in large chimes with the Child and Adolescent Mental Health Services (CAMHS) Rejected Referral Audit and the initial views and recommendations of the CAMHS Taskforce.

“It is our hope that this report along with other significant pieces of work will transform mental health services for young people in the future.

“Children and young people’s mental health needs to be an on-going national priority.”

Mary Glasgow, interim Chief Executive of Children 1st, said: “The intense focus and investment in children and young people’s mental health outlined in the Programme for Government is heartening. Crises will only be prevented, however, if we move away from the predominantly medicalised understanding of ‘mental health’ as something that needs to be repaired. Taking action to build and protect emotional wellbeing and strengthen family relationships must also be a priority.

“Family support at an early stage plays a crucial role in protecting children and their families from adverse childhood experiences. Support will have the greatest impact where it is shaped by the voices of children and families – all services developed as a result of new funding should involve them in both design and delivery.”

Scottish Government Mental Health minister Clare Haughey said that the Scottish Government was taking a wide range of actions to address the report and the government-commissioned review of rejected referrals to child and adolescent mental health services (CAMHS).

Haughey said: “Dedicated mental health professionals provide high-quality care to our young people across Scotland every day. But despite this, too many children and adolescents are being let down by the current system. I have been clear that this is unacceptable and that we must look at making the changes necessary to ensure young people get the care they need and deserve.

“I welcome Audit Scotland’s report. It provides a very helpful independent and external view of the issues facing our mental health services and reinforces many of our own conclusions and the action we are taking, supported with record levels of investment. Mental health is a priority for this government, and I am determined that we will address the issues affecting the care of young people.”

Over the next year, the government will help to prevent those children and young people coming to a crisis point such as fast-tracking young people with a severe condition to specialist condition. And putting counsellors in every secondary school and fund 250 more school nurses.

Labour Health spokesperson Anas Sarwar responded to the report by stating: “It is a national scandal that standards for waiting times have never been met for these services.

“Scotland deserves better than ministers wheeling out excuses. These figures are disgraceful and are a result of years of SNP inaction.

Read More: Major push on Mental Health but Education criticisms unaddressed: Everything you need to know about #ScotPfG

“The additional funding and counsellors announced in the programme for government is a start, but it is clear we are still some way off seeing mental health services treated with parity of esteem with acute services.”

Scottish Liberal Democrat health spokesperson Alex Cole-Hamilton said: “Services have been neglected for so long by the Scottish Government that they are having to focus on fighting fires, rather than delivering the transformation that mental health services need.

“The Scottish Government needs to come to Parliament and explain what they’re going to do about this.”