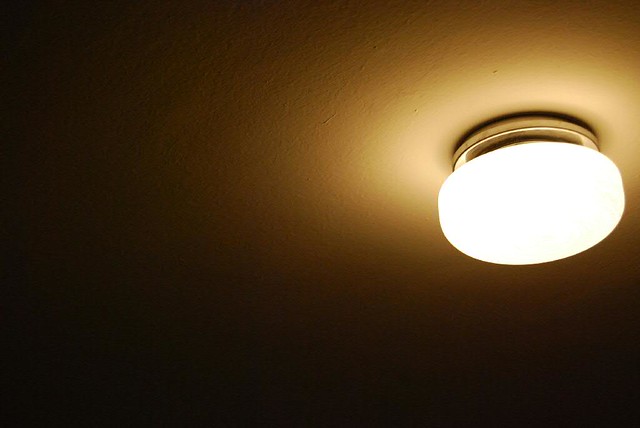 Social Researcher Stephen McMurray (@StephenMcMurray) analyses the role of psychology in the UK’s welfare system, finding that increasing use of psychological techniques is connected to the rise in benefit sanctions which has driven poverty and exclusion

THERE has been an increasing political focus on the issue of benefit sanctions and their impact since the election of Jeremy Corbyn as the leader of the Labour Party and the success of Ken Loach’s film I, Daniel Blake.  Furthermore, there appears to be increasing use of psychology in services aimed at getting the unemployed into paid employment.

This article explores the field of sanctions and psycho-compulsion, where benefit claimants are viewed as having the wrong attitudes for finding work and are mandated to undertake some form of psychological intervention or else lose benefit money through a sanction. The main literature reviewed is Friedli and Stearn’s article on the role of psychology in UK Government workfare programmes, as it explores the field of psycho-compulsion.  The background to the setting up of the modern welfare state will be explored, as well as the introduction of benefit sanctions and the use of psychology in improving employability.

The Atlee government of 1945 brought in a number of state interventions to combat the evils identified by Beveridge, such as; National Insurance (NI) and assistance schemes, National Health Service, public housing, state education and full employment. However, from the early 1970s, there was a significant increase in the number of adults out of paid work and claiming disability benefits, with the economy being affected by globalisation and deindustrialisation. This was particularly experienced in industrial areas and former mining areas. Glasgow alone saw the loss of over 100,000 manufacturing jobs between 1971 and 1991 and a significant rise in Incapacity Benefit claimants. The Conservative Government introduced a stricter benefits regime from 1986, which marked the start of the current benefit sanctions regime and subsequently introduced Job Seekers Allowance (JSA) in 1996, which increased the monitoring of the job-seeking behaviour of claimants.

READ MORE: Sean Cudden: The 6 themes my research uncovered about experiences of the benefits system

Traditionally UK labour market policy has focused on job matching unemployed claimants to available jobs, by improving information on job vacancies and access to employers.  Though, in the 1970s, the Manpower Services Commission (MSC) combined providing jobs with community improvements.  In the 1980s, the MSC managed the Youth Training Scheme (YTS), where young school leavers were paid to undertake a training place.

The New Labour government elected in 1997 introduced the New Deal programmes and a new welfare contract based around the work ethic. This marked a departure from traditionally passive UK labour market policy to a more US-style ‘welfare to work scheme’.  The New Deal programmes became increasingly compulsory for more and more claimants, with claimants facing benefit sanctions if they did not meet job-search requirements. The largest programme was the New Deal for Young People, for 18-24-year-olds.  Participants undertook an initial gateway period of job search and advice, if they had not found paid work at the end of the gateway, they had to undertake one of four options, or else lose their benefits.

The coalition government elected in 2010, introduced the Welfare Reform Act 2012 which increased the number of sanctions imposed on JSA claimants and certain disability benefit claimants under stricter conditions for receiving these benefits, with claimants facing up to three years benefit sanction if they did not comply with the most important job-seeking requirements. The justification for the increased sanctions were that they promote positive behavioural change and incentivise job searching and therefore tackle cultures of worklessness and benefit dependency. Furthermore, the coalition government introduced the Work Programme in 2011, where job-seeking activities were contracted out primarily to private sector firms.

Traditionally, support with job-seeking activities, such as CV development, job searching and interview skills was solely undertaken by the Jobcentre. However, in the past few years these activities have been increasingly outsourced to large private sector firms and generally smaller not-for-profit organisations. There was a well publicised case in 2015 where six employees of the private provider A4e were jailed for fraud involving falsely claiming they had helped people find jobs and therefore enabling them to hit targets and gain bonus payments from the government.

Furthermore, there has been an increasing use of psychological interventions in services to get people who are unemployed into work.  This can include appointments with an Occupational Psychologist, psychological testing, attending a motivational workshop, and undergoing Cognitive Behavioural Therapy (CBT).

Psychological interventions in the welfare system

Cognitive Behavioural Therapy (CBT) was developed in the 1960s and works on the premise that the way we think about a situation affects how we act and therefore our thoughts and feeling.  Therefore, by utilising CBT, individuals can change their thoughts and reactions.  There is some evidence that CBT is effective in reducing social anxiety amongst the unemployed, though not in increasing the hours worked in the follow-up period to the research study, though a small sample size may have contributed to this. The authors also acknowledge that there may have been factors other than CBT which reduced the social anxiety of some of the participants.

Martin Seligman first termed positive psychology at the 1998 annual meeting of the American Psychological Association.  The purpose of positive psychology is to better human beings, characterised by pleasant emotions, happiness and a positive outlook on one’s own life.  There is some evidence that the use of positive psychology amongst the long-term unemployed increases life satisfaction and self-esteem and decreases depression and anxiety, however, the research was undertaken in France, therefore there may be cultural issues which would mean that the research findings may be different in other countries. Furthermore, the experiment participants were not randomly assigned to the treatment group and had volunteered to take part in the psychological intervention. This may have affected the results.

An evaluation of the Increasing Access to Psychological Therapies (IAPT) pilot in 2014 with JCP ESA claimants found that of 240 participants, only 15 entered paid employment, though there is some evidence that mental wellbeing increased.  The Conservative manifesto in 2015 stated that benefit claimants should have their benefits reduced if they refuse recommended treatment.

The UK Government’s budget in 2015 announced that IAPT therapists would be located in at least 350 jobcentres and online CBT would be made available to 40,000 JSA and ESA claimants. This prompted a demonstration at Streatham Jobcentre by clients and psychologists against these plans, as there is concern over the compulsory nature of these psychological services.

Indeed, there is increasing use of such psychological interventions within services which exist to improve the employability of those out of work and claiming benefits. However, such an approach could be perceived as linking unemployment through psychological deficit, due to individuals lacking the necessary attitudes and attributes to possess appropriate employability.  Such a perspective puts the emphasis on the individual in relation to their employment status.  This shifts attention away from other explanations of unemployment, such as structural unemployment, technological change, market failure and employer discrimination against certain groups.

Thus, public policy is now embracing psychology and behavioural science in relation to benefit claimants being mandated to take part in motivational workshops and psychometric testing.  Therefore, benefit claimants are perceived to be psychologically in deficit in relation to employability and need conditioning to demonstrate the correct attributes and attitudes in order to receive benefits.  Such psycho-coercion is increasing the number of benefit sanctions for claimants not perceived to have the appropriate motivations and attitudes.

Friedli and Stearn’s methodology involves policy analysis, personal experiences of benefit claimants and social media records of campaigns opposed to psycho-compulsion.  The authors clearly are opposed to psycho-compulsion and the UK Government’s welfare reform policy.  Several references are taken from blogs, which clearly have a political agenda.  There is no reference to any benefit claimant which found it helpful to see a Psychologist or attend a motivational workshop (whether they exist or not). This may suggest a lack of rigorous primary research, though it is published in a peer-reviewed journal.

Attitudes are generally considered to be comprised of thoughts, feelings and behaviour in terms of evaluating something with some level of disfavour or favour. There is some debate whether attitudes are a learned predisposition, argued by Allport in the 1930s, or a psychological tendency, argued by Eagly and Chaiken in the 1990s.  A psychological tendency indicates that an individual already possesses an attitude prior to encountering a situation.  Both opinions consider that attitudes cause behaviour.

Analysis of the British Social Attitudes survey since it started in 1983 indicates a hardening of public attitudes against welfare recipients over time.  However, the British Social Attitudes survey does not specifically ask a question on benefit sanctions. There appeared to be a significant hardening against welfare recipients since the mid-1990s and the election of New Labour, likely linked to the introduction of the compulsory New Deal for Young People.

There appears to have been a shift in UK Government policy in perceiving unemployment as the fault of the individual through poor attitudes. This has been backed up through sanctions if benefit claimants fail to undertake the psychological interventions offered to them.  There does appear to be a shortage of literature in relation to the public’s attitude towards benefit sanctions, the use of psychology in services aimed at getting the unemployed into work and the threat of sanctions if the unemployed do not comply with some form of psychological intervention.

The Welfare Conditionality Project ran from 2013 to 2018 and was led by the University of York.  The research broadly found that welfare conditionality is mainly ineffective in assisting and progressing the unemployed into the paid labour market.  Indeed, in many circumstances’ welfare conditionality has led to counterproductive negative behaviour.  This included, disconnection from the social security system, increased poverty, worse ill health and increased risk of survival crime.  Participants reported that sanctions were applied for minor discretions such as being slightly late for an appointment and at times despite claimants’ best efforts to avoid being sanctioned. Furthermore, the services offered to the unemployed from Jobcentre Plus and external providers in the form of job search, training and support to assist them into paid work were found to be of poor quality and too generic and generally ineffective in assisting people to enter and sustain paid employment.

A Mental Health Foundation report in 2017 stated that the great majority (85 per cent) of people out of work have experienced a mental health problem.  There is some evidence from blogs and social media that benefit claimants are unhappy at having to undertake psychological interventions.

Claimants report that it is understandable that they are anxious after receiving a sanction and not a sign of a psychological problems.  Others have reported that they feel that they are being forced to change their personality if they appear to be quiet and shy. There is considerable evidence that many benefit claimants who have been sanctioned have suffered significant hardship, with many ending up relying on foodbanks, homeless and engaged with begging and crime.