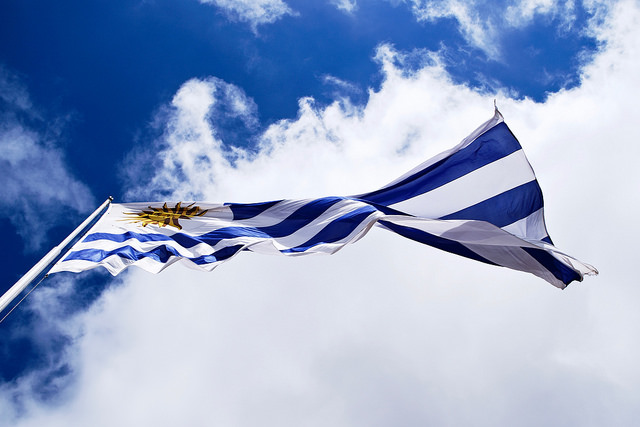 Steve Daley, an activist in the SNP, argues that if an independent Scotland is to use other countries as a template, it could look to the small Latin American country Uruguay as an example of a nation that punches above its weight

SINCE the suggestion that the SNP growth commission is looking to template an independent Scotland on New Zealand, there has been a debate online by SNP members and the wider Yes movement on what country Scotland should emulate if it needs to emulate another country at all.

A country that very little is known about and what the SNP and wider Yes Campaign could learn from is Uruguay.  A small country with only 3.3 million inhabitants Uruguay is a country that punches well above its weight on the indexes that matter.

On a par with Norway by scoring 10s on the indexes of civil liberties and the electoral process, Uruguay is seen as the vanguard of liberation and equality not just in South America but the wider world.

It has one of the most progressive system of rights for LGBT people. It was the first country in South America to allow same-sex civil unions and legalised same-sex marriage in August 2013 before Scotland and the UK. Divorce was legalised in 1908 – compare that with Chile, which only legalised it in 2004.

More recently it became the first country in the world to legalise the production, distribution and sale of marijuana in an effort to take it out the hands of drug traffickers and reduce drug crime. Nicola Sturgeon joins the president of Uruguay Tabare Vazque on a global health taskforce committee. It would be a good opportunity for her to ask him about the benefits of such a policy.

By having one of the lowest levels of poverty and inequality, Uruguay has the lowest crime and corruption of any South American country and one of the highest quality of life for its citizens in the world. What is their secret?

Despite being between large and powerful Argentina and Brazil, Uruguay does not have an inferiority complex or feel it has something to prove other than making its citizens lives better. It does not compete militarily with its neighbours and nor could it. It only has 25,900 military personnel out of a population of 3.3 million. It prefers to spend its money on public services rather than the military. Having said that Uruguay is not an isolationist state, it contributes in other ways by providing more UN peacekeepers per population than any other country on earth.  This is something Scotland can learn from. Does Scotland need a large military post Independence? Do we need to be in NATO, which requires 2.5 per cent of GDP towards defence spending?

READ MORE: Robin McAlpine: ‘Your bloody GDP, not ours’ – why the Growth Commission might not change minds

Ideologically, it is a social democratic country with some caveats. It believes in business and encourages direct foreign investment with tax exceptions. It only takes seven days to open a business there. In that respect, it is dubbed the Switzerland of Latin America. Another similarity it has with Switzerland is with direct democracy via regular referenda. One notable referendum was in 2003 when the nation voted to re-establish a state-owned Petroleum Company, which was abolished in 2001. Scotland could learn that having referendums every so often would empower people and keep the electorate engaged. By giving its citizens the power to vote via plebiscites, Uruguay has not had the mass protests and civil unrest like its neighbours.

While Uruguay gives business incentives, the country has high taxation which contributes to the great quality of public services. It not only has free education from nursery to university, every primary school child is also guaranteed a free laptop, wireless internet access and training. It only costs five per cent of the education budget. Uruguay also began setting up a welfare state before the UK. Key sectors are under state and public control with publicly owned utilities such as electricity, 95 per cent of which comes from renewable resources.

While Scotland and Uruguay have many similarities the SNP and Yes movement could learn new things from Uruguay, not least regular referenda and state owned utilities.