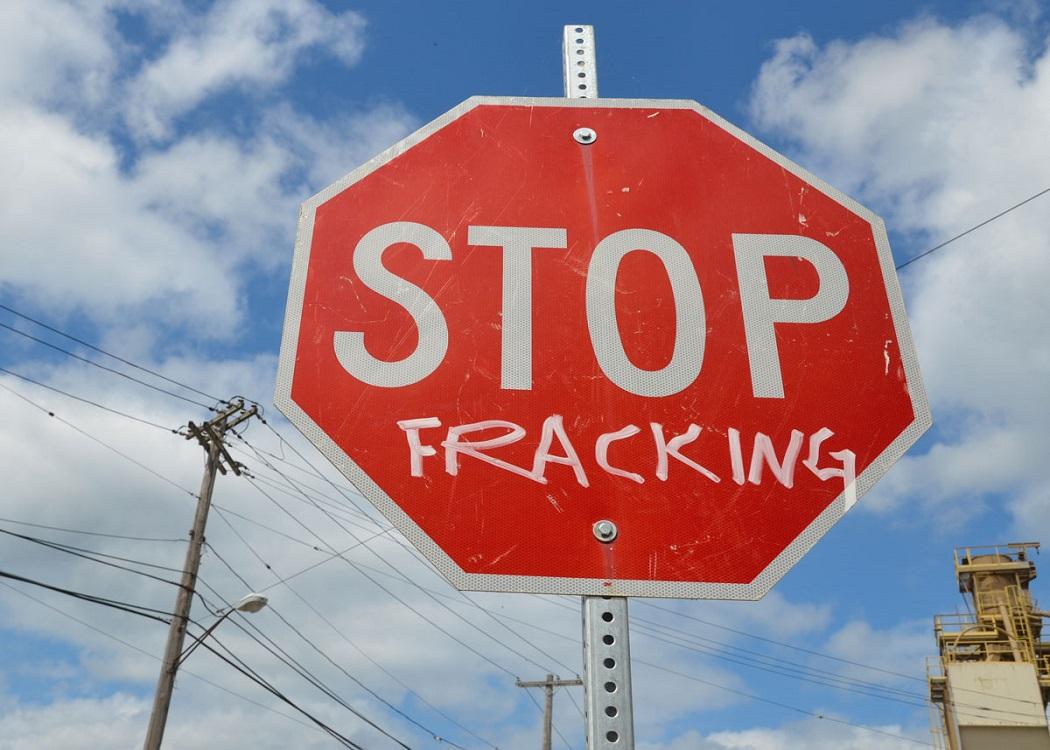 The British establishment’s urge to frack over Britain seems deluded considering the environmental and economic impact. Steve Rushton explores what is driving the Fracking Machine

A LEAKED letter by George Osborne shows fracking has been a key focus for the coalition government, one they were pushing since 2011. Yet even without meaningful opposition from New Labour, full-scale fracking is not happening. This is testament to the power of the anti-fracking movement; people galvanised against its dangers.

Fracking entails pumping massive amounts of water with carcinogenic and toxic chemicals into the ground. Its dangers are shown from the multitude of leaks, spills and pollution it has inflicted in the US. The only well in Britain to undergo full-pressure fracking has failed, at Preese Hall near Blackpool.

Paul Mobbs’ recent Frackademics report details how the four cornerstone studies supporting the government’s case to frack have been sponsored by the industry. In contrast, the state of New York recently undertook a lengthy public consultation, determining fracking poses a “significant risk to public health”, a decision in part influenced by fracking’s impact on neighbouring Pennsylvania.

The lack of substance in Britain’s ‘safe fracking’ argument is compounded further with question marks over the regulatory regime.

An insider-industry report, written before New York’s ban, implicitly suggests the anti-fracking movement has the advantage from basing their arguments on facts. The UK government suggests claims somehow a “gold standard of regulation” will protect Britain’s water, air and land from fracking.

But recently the government reclassified fracking, to include one phase of the operation, in what analysis suggests might provide a means to sidestep regulation. The lack of substance in Britain’s ‘safe fracking’ argument is compounded further with question marks over the regulatory regime.

In part, the regulators have been selected by Lord Browne, who until recently was the government’s lead non-executive, an unelected role, and chairman of
forerunning UK fracking company, Cuadrilla. He also introduced the shake-up to universities that made it easier for corporations to invest in academia.

His recent decision to switch job from Britain’s fracking industry to Russia’s oil and gas company L1 Energy, despite his previous enthusiasm, signals the fracking industry is on even shakier ground. This point is underlined by share prices in AJ Lucas, Cuadrilla’s parent company, dropping to new lows.

One government line is that fracking is a “bridge to a low carbon future”, another argument that appears devoid of logic.

There are predictions the industry will take between one or two decades to get fully online. As China and other countries across the world show, the only barriers to an immediate transition to green alternatives are political.

The political barrier is the Fracking Machine, a shorthand phrase used here that encompasses the pro-fracking politicians, the fracking industry, the corporate media behind fracking, the “Frackademics”, the PR lobbyists and the capital investors, which includes many high street banks.

Although separate entities, these components are all spinning in sync for a fracking revolution. Yet the Machine’s momentum does not appear to even make sense – even for investors that care only for profits, regardless of other social and environmental costs.

“Energy bonds (and energy derivatives) comprised of corporate loans to energy and fracking companies are in a bubble at risk of collapse, with global oil prices now below $50 per barrel,” Joel Benjamin explains. He is the local authorities campaigner at Move Your Money, the campaign for ethical banking.

As China and other countries across the world show, the only barriers to an immediate transition to green alternatives are political.

He points me towards a Telegraph article titled Fossil industry is the subprime danger of this cycle, which explains how the low price of oil means fracking is not economically viable.

Benjamin expands: “Fracking is only profitable with oil prices above $80 per barrel – meaning fracking companies with huge loans to repay are currently losing money. Anyone with financial exposure to fracking firms is taking a major gamble with their money.”

Action on climate change is needed immediately to prevent catastrophe; this also threatens to leave fracking assets stranded. The shale gas should be left in the ground, as it is more carbon intensive than conventional fossil fuels. There are also suggestions that the fracking market is overblown, with exaggerations about potential recoverable shale gas.

The British Geological Survey studies admit they are uncertain how much gas can be recovered – and their studies are funded by the industry. Considering the ecological, social and economic flaws begs the question: what is driving the Fracking Machine?

“It’s self-evident this industry not only causes a phenomenal risk of contamination and unnecessary industrialisation of precious rural areas, when you scratch the surface, you realise shale gas is a vehicle for financial manipulation and gain,” Frank Owen asserts.

He is a concerned local resident from Balcombe, Sussex, and has been aware of fracking since late 2011. Owen continues: “Following the sub-prime mortgage markets and derivatives collapse, they need a vehicle to create financial instruments. Since the financial crisis we have seen even more money invested into commodities.”

Owen asserts that investors are purposefully creating a bubble, overhyping up the industry. This hypothesis fits with a great deal of the direction of the fracking machine. Blowing up asset bubbles is a method journalists have accused capitalists of using to extract wealth over the last century.

Matt Taibbi asserts Goldman Sachs employed this tactic on many occasions, beginning with the 1930s Wall Street Crash. He suggests the trick is to invest others’ money into the bubble, hype it up, then make money from both taking a cut on transactions and betting the bubble is going to pop.

The asset bubble explanation fits with the level of hype that the Fracking Machine is making, despite the green, safe alternatives.

It also explains why the industry is test drilling so fervently, at so many sites, as these will create figures of estimations of reserves to turn into financial products, even if they become toxic assets later.

The recent Infrastructure Bill presents another possible concealed motivation. Within this Bill, Baroness Kramer included an amendment to allow fracking companies to leave any substance underground. Anything! This raises the question: what substances may fracking companies want to leave in the ground?

Fracking creates radioactive and toxic flow-back, a result of the concoction of chemicals pumped into the ground, which picks up other toxins before returning back to the surface.

In North Dakota, last year, each day the state created between 27 to 70 tonnes of radioactive waste. Frackers there want to change the law so the state can deal with the waste. One solution the industry uses is to bury the radioactive waste. Licences have been applied for in Britain to do this at two sites near North Yorkshire Moors National Park.

Fracking creates radioactive and toxic flow-back, a result of the concoction of chemicals pumped into the ground, which picks up other toxins before returning back to the surface.

This argument is worth considering. Many countries are struggling, with no idea what to do with their nuclear waste, including Britain, the US, South Korea, Australia and Canada from a long list. During the last Labour government, the UK set up a committee that apparently considered 20 options: as ludicrous as shooting it at the sun and burying waste in the Antarctic.

Pangea Resources made another proposal, bury waste in shale – the rock formation where fracking happens. Pangea Resources is a joint venture that includes UK state-owned British Nuclear Fuels. The plan was proposed for Australia before the millennium, before the committee of 20 ideas – although then the Australian government rejected it.

But again the idea is gaining ascendency: the US Geological Survey has recently made similar proposals. There are further noteworthy links between fracking and burying nuclear waste, possibly more than coincidental.

The Infrastructure Bill is not just about fracking; it creates a statutory duty on the government and fossil fuel companies to “maximise economic recovery of UK petroleum“.

The other two dirty extraction processes planned in Britain are underground coal gasification (UCG) and coal bed methane. Coal bed methane, put simply, is the opposite of fracking: sucking water out of the coal seam so it collapses and releases trapped gas.

It has similar ecological threats of water pollution, air pollution and threatens public health. UCG is considered even more dangerous. Crudely, the point is to create an underground inferno, then extract the coal gas not burned. In a sense, a driving force for the Fracking Machine may an expectation that these and possibly even more terrifying energy extraction processes will eventually work out.

The industry-insider reporter, mentioned above, praises the extent of knowledge within the anti-fracking movement. A spring for this information is Pennsylvania, a state where a decade of fracking is increasing a list of people harmed, now in the tens of thousands.

“Fracking is an economic justice issue connected to all the other neoliberal ideologies that we are against. They are privatising our schools, healthcare, every basic fundamental necessity of life into a commodity used to enslave your average person, making them completely dependent upon for-profit corporations,” Liz Arnold, an anti-fracking campaigner from Pennsylvannia explains.

In a sense, the Fracking Machine is a continuation of our oil-fixated neoliberal economy, a society defined by the mantra: “There is no alternative.”

“Fracking is an economic justice issue connected to all the other neoliberal ideologies that we are against.” Liz Arnold, anti-fracking campaigner

She continues: “This is not the first time that rural Pennsylvania has gone through this situation, we had coal mines, oil drilling and some people made a lot of money for a while. But then the areas got completely depressed and the people move out as the land is contaminated.”

She highlights how a coal mine in Centralia – an old coal mining town – has been burning since the 1960s. Now Centralia is a ghost town. “It’s time to get off this cycle of boom-bust poverty, we are better than that and we know we can build solutions for a brighter future.”

Although there is logic in the theories that those driving the Fracking Machine may want to push asset bubbles, or bury nuclear waste or push a gateway to dirtier processes, it is perhaps more insightful to consider that a great deal of those pushing fracking probably believe the hype and think fracking is the only solution.

These people are the cogs and levers in the Fracking Machine. The mentality of the cogs in the Fracking Machine relates to analysis by Naomi Klein. In This Changes Everything, she describes the psychology of those who cannot see any alternative to oil-dependent capitalism, and how people find it harder to imagine the end of the world than the getting of oil.

Perhaps this oil-is-key dogma is the most crucial component lying underneath the illogical case to frack.

About the author: Steve Rushton writes for Occupy.com (US), Debt Resitance UK and has blogged for media platforms including the New Internationalist, Bella Caledonia and the NGO Global Justice Now (formerly World Development Movement). He is interested in many global social justice issues and exploring alternatives; before moving to London and being involved in activism and journalism, he undertook research into the threat of the globalised capitalist world on the indigenous people of Vietnam’s Central Highlands.

This article was originally published on Contributoria.com and is reproduced with permission of the author.