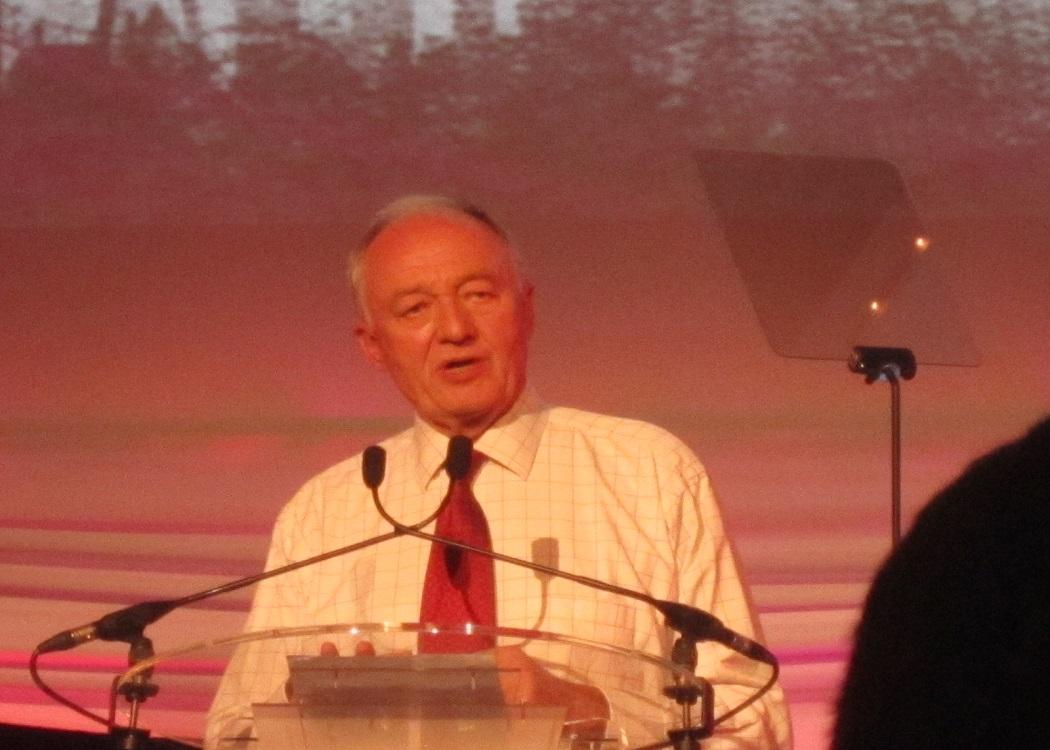 CommonSpace columnist Steve Topple says fresh crisis in the Labour party, which has seen the suspension of Ken Livingstone and Naz Shah amid an anti-semitism row , highlights all that is wrong with the party

JUST for any avoidance of doubt – I’m not a Labour supporter.

I may write broadly in support of Jeremy Corbyn as I think some sort of solidarity, even with a radical social democrat, is important, but I would not vote for Labour.

My ballot was clearly marked ‘All F*cking W*nkers’ for the 2015 General Election, as I saw nothing, from anyone, that presented a shift away from the underlying rot at the heart of our planet – corporatism in all its guises.

What we witnessed yesterday was the hadron collider-esque meeting of two egos.

Having said that, the events of the past few days in the Labour party have been sorely disheartening to anyone who wants rid of this noxious Tory Government and its systemic attack on society’s most vulnerable.

I’m not going into the detail of the whole ‘anti-Semitism’ debacle; suffice to say that this was probably a long time coming, but what this sorry state of affairs does underscore, in the most viperous of manners, is the entrenched failings of the Labour party as a political institution.

What we witnessed yesterday was the hadron collider-esque meeting of two egos. Ken Livingstone in one corner who, after 43 years in politics, still doesn’t know when to keep his gob shut and his dubious opinions to himself.

In the other corner John Mann who, as a narcissistic courter of the media and all-round snivelling hypocrite, will jump at any opportunity to get his face on the television.

Neither of these men came off well – if they had been the employees of any other organisation Mann would’ve been suspended also – and they have now sent the Labour party on a trajectory towards self-immolation the week before the local elections. I give them both a very slow round of applause – because they have encapsulated the problems Labour has.

Neither of these men came off well, and they have now sent the Labour party on a trajectory towards self-immolation the week before the local elections.

Firstly, you have a party made up of too many people from outside the domain of the people they want to vote for them. The ‘new breed’ of 2015 rookies was made up of career politicians who know nothing but the inside of the party machine and those from the worlds of banking, law, academia and ‘brokerage’ – and nine out of 10 of them were all graduates .

While this is not a new phenomenon (one in seven MPs before the last election had never had a job outside of politics ), it raises questions about exactly how they can fully appreciate the problems affecting the lives of ‘ordinary’ people in the UK – note Ed Miliband having to be taught empathy .

It also poses the problem of just why these people are in politics in the first place – and Livingstone and Mann are prime examples of the seeming wilting of any scruples MPs once had.

Livingstone appears to have thoroughly strayed from any semblance of the reason he got into politics in the first place – you only have to look at the ‘Everyone else is doing it!’ defence of his dodgy tax affairs to realise this.

Furthermore, Mann is a prime example of the politicos who do not give a shit about the national electorate or Labour – the fact he chooses to smear his party in the Daily Mail speaks volumes.

I give them both a very slow round of applause – because they have encapsulated the problems Labour has.

Secondly, the public fracas yesterday highlighted Labour’s eternal problem – it is essentially a battle of two ideologies in a war which never appears to be won by either side. You have the likes of Livingstone – from a socialist background but more of a radical social democrat now – juxtaposed with someone like Mann – essentially a ‘Blue’ Labourite: socially conservative, economically liberal – trying to find some common ground in the same organisation.

While erstwhile Labour supporters declare the ‘broad church’ a good thing, it only ever works when you have hand-wringing, mealy-mouthed, corporate-driven centrists at its heart as you did in the Blair years – and the ‘third way’ is now dead in the water.

Both sides may claim to want the same things – equality, prosperity, peace and justice. But due to the gaping chasm between these warring factions on the fundamentals of how they reach these goals, there will never be peace.

This, and yesterday’s events, starkly highlight the third problem within Labour: the notion of “change from within”. As I outlined at the beginning, I am all for supporting Corbyn while not being a Labour supporter – in the same way I’m all for the SNP even though I wouldn’t vote for it if I could, and I will always defend the Greens even though they have never received a mark on a ballot from me.

This is because my fundamental belief is that unless there is insurrection of monumental proportions (and with Britain’s Got Talent back on our screens I can’t see it happening) then the only way to affect change is through a slow but steady paradigm-shift in the fabric of our politics. I’d love a revolution tomorrow, but it’s not going to happen.

Mann is a prime example of the politicos who do not give a shit about the national electorate or Labour – the fact he chooses to smear his party in the Daily Mail speaks volumes.

Corbyn does present that possible change from within for the Labour party, but he has been doomed from the start, because you have an organisation that since the Second World War has never actually been a socialist one (unless you think Attlee’s plundering of the colonies, imprisoning of trade unionists and thirst for war were Marxist overtures, of course) and one that for the past quarter of a century has been nothing but a club for corporatists.

The Labour party has many, many decent socialists in it – but I’m afraid you’re swimming against the tide of a hierarchy that isn’t one of you. The forelock-tugging towards corporations for both funding and policy-making has been endemic for over 25 years, and Corbyn’s election was never, ever going to be accepted by these people.

Talk of coups, smearing in the Conservative press, and campaigns by high profile keyboard warriors have all tried to garner enough momentum to push Corbyn over the edge, but have so far failed.

To say, however, that they have jumped on this week’s events with a ravenous excitement would be an understatement. The timing could not be better for them, as the anti-Semitism furore would not, in itself, be enough to hammer that final nail in Corbyn’s coffin.

What will be, however, is a trouncing in the local and Scottish elections – and I imagine everything possible is crossed in the underground lairs of Progress, Labour First and Blue Labour. Sadly, what all of this put together ultimately highlights is the core reason why I would struggle to ever vote for the Labour party: it ultimately, as an organisation, just does not really give enough of a shit about the electorate.

Talk of coups, smearing in the Conservative press, and campaigns by high profile keyboard warriors have all tried to garner enough momentum to push Corbyn over the edge, but have so far failed.

Weak procedure allowed Naz Shah’s social media posts to go unnoticed; gobshite Ken couldn’t keep his mouth shut when he knew full well what the implications would be; narcissist Mann put his own personal profile and image above anyone or anything else – and what happened? The Conservatives, the rightwing media and anyone else with an agenda had a field day. Hold. The. Front. Page.

This is not surprising. This is not shocking. This is wholly predictable – so why has it happened? Because somewhere, deep down, those in charge of the different factions of the Labour party are more concerned with winning than anything else.

While of course you need to win elections to be able to change anything, you have to be a movement that will actually have the mechanisms to make that change in the first place. A radical social democratic Corbyn-led Labour would. A democratic socialist-led Labour would be more of the Tory-in-disguise same.

We have the most calculated, cruel, nefarious and utterly despicable Conservative government in my living memory. Possibly ever. A report by the Joseph Rowntree Foundation this week estimated that more than a million people in the UK are so poor they cannot afford to eat properly, keep clean or stay warm and dry – or they are destitute. In 21st century Britain. The fifth richest country in the world. A nation with the epicentre of the world’s financial system at its heart.

Labour – Her Majesty’s ‘official opposition’ – with its warring factions has allowed itself to be manoeuvred into a position where it is now rendered impotent, for possibly weeks – possibly until the end of this parliament.

Labour’s broad church may well need excommunicating, because while its preachers are tearing strips from one another, its parishioners are suffering.

And whose laughing all the way to the ballot boxes, the bank and the Strangers Bar? The Tories, who are embroiled in their own election expenses scandal, self-immolation over the EU referendum and countless other travesties. I’m sure Ukip are having a chortle, as well.

It’s time Labour and its supporters had one, long, final stare into the mirror until their eyes bleed. Your broad church may well need excommunicating, because while its preachers are tearing strips from one another, its parishioners are suffering.

Not that anyone in Labour HQ has probably noticed, anyway.