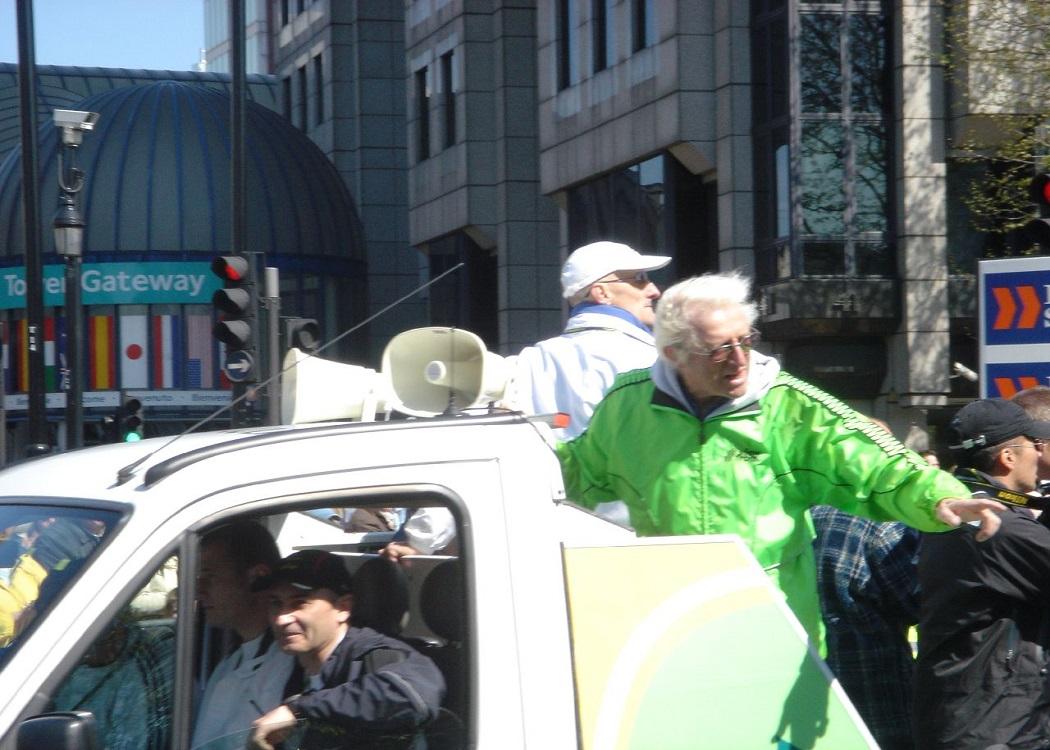 THIS MORNING, the long-awaited Dame Janet Smith review was released to the public, after nearly three and a half years of investigations, accusations against the BBC of attempting to stall its publication and numerous leaks and denials from various sides involved.

The report, broken down into two sections (concerning Jimmy Savile and Stuart Hall, separately), is clinical in its analysis of statements, press releases, comment and complaints made over the course of more than 30 years.

The report is littered with accounts of underage girls being sexually assaulted and raped by Savile and Hall (42 identified victims in total – one who was aged 10 when she was raped), with Top of the Pops (TOTP) seemingly the platform used for a great deal of these hideous crimes.

Incidences of Savile assaulting numerous girls and members of staff amounted to 72 that we know of, and Hall 21.

Even after revelations in the News of the World in 1971 accusing the BBC of exposing underage girls to risks, the BBC still did nothing. A short time after alleging she had been “seduced” by a “celebrity” (as detailed in the report), 15-year-old Claire McAlpine took her own life.

To you and I, this is an allegation of rape, not of seduction – but the BBC’s attitude to the audience at TOTP was “Our concern is that the girls must look at least 15”.

Incidences of Savile assaulting numerous girls and members of staff amounted to 72 that we know of, and Hall 21 – but the BBC’s attitude is, at best, summed up by the response of a producer to a subordinate’s complaint: “It would have been more surprising if Savile had not tried to touch her.”

While Smith correctly (in my opinion) acknowledges the fact that the majority of this occurred in a very different place in history to the one we live in now – “It appears to me that the culture of the times both within and without the BBC was such that incidents of this kind were not treated seriously” – she contradicts herself by accusing BBC managers of “not challenge(ing) members of the Talent. There was a feeling of reverence for them and a fear that, if a star were crossed, he or she might leave the BBC”.

This has absolutely nothing to do with the ‘culture of the time’, and everything to do with an organisation that was, and still is to this day, only interested in maintaining its own, self-serving narcissistic operation at the expense of anyone, or thing, that may hamper that – even if it includes the rape of children.

Regarding the BBC, Smith’s main ‘overarching’ recommendation is that the organisation “needs to demonstrate to the public that it has taken the current criticisms seriously and has made, or is making, such changes as are necessary and appropriate to ensure that these terrible events cannot occur again”.

There will be cries across the internet today of ‘whitewash!’ and ‘cover-up’.

But again, she contradicts herself by stating that she does “not think there is any organisation that can be completely confident that it does not harbour a child abuser”, going on to say: “The power of celebrity and the trust we accord it, which show no real sign of diminishing in our society, make detection of a celebrity abuser even more difficult.”

To me, this is absolving the BBC of the responsibility she previously had placed at its door, by inferring that the sexual abuse and rape of children is ultimately a societal problem, and organisations like the BBC are unlucky conduits for this.

This broadly sums up the tone of the whole report, and of Dame Smith herself at this morning’s press conference – flip-flopping from churlish admonishing of the organisation to seemingly matriarchal protectionism, giving it a chance to redeem itself, when it’s crimes have not been fully admitted.

She named five individuals specifically, all lower-end figures at the BBC, who could’ve done something to stop Savile and Hall – but that was as far as she went.

Smith repeatedly referred to the fact she made “no inferences” in her report when questioned today, regarding the quite astonishing claim that no-one at BBC management was aware of Savile and Hall’s activities – “rumours in the staff canteen”, as she referred to them.

A whitewash? I’m not convinced. A lacklustre attempt to appease a public losing faith in an institution whose very existence is under question this year? Probably.

Is it any wonder that she has no-evidence to make such a claim, when she openly acknowledged that the bar for corporate responsibility was only set at head of department level, and that the BBC as an organisation had submitted no evidence to her inquiry?

There will be cries across the internet today of ‘whitewash!’ and ‘cover-up’ – the victims’ lawyer herself previously commented : “Despite millions having been spent on the inquiry my clients will feel let down that the truth has still not been unearthed, and many will feel it is nothing more than an expensive whitewash.”

A whitewash? I’m not convinced. A lacklustre attempt to appease a public losing faith in an institution whose very existence is under question this year? Probably.

While the press is going to focus on Tony Blackburn , we are being distracted from the real thrust of the story – one of an establishment judge with a weak mandate and no powers to compel people to give evidence – and an organisation that appears, at the upper echelons of its hierarchy, to have gotten away with it. Again.

While the press is going to focus on Tony Blackburn, we are being distracted from the real thrust of the story – one of an establishment judge with a weak mandate and no powers to compel people to give evidence.

Blackburn and some long-buried producers are dead cats. We are still no further from knowing the full extent of what went on at the BBC than we were yesterday. While the report’s content is at times shocking, and is highly critical of the BBC in decades past, this is merely another piece of the jigsaw surrounding the failures of child protection and the still wholly-possible existence of an establishment paedophile ring operating in the UK.

It is now down to the Goddard-led child sex abuse inquiry to thread all these pieces of information together.

Judging by today’s inert revelations, I’m holding out little hope of a resolution to what will be remembered as one of the darkest periods in the history of this country.