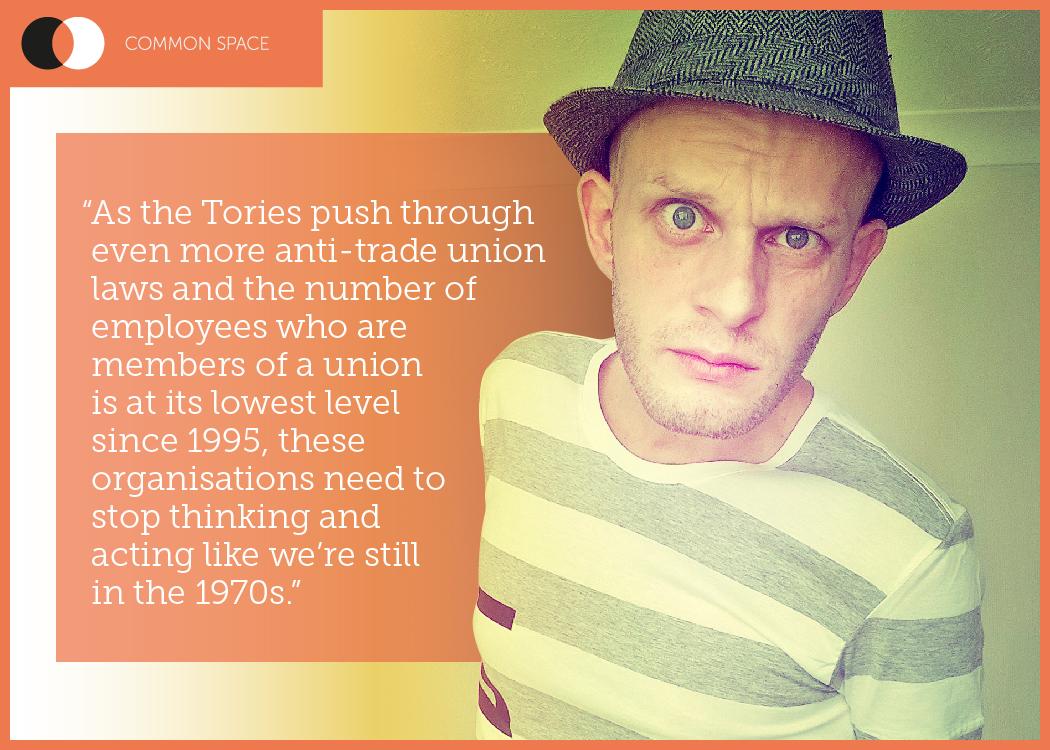 IT WAS an interesting weekend for the debate surrounding the renewal of Trident.

A massive/average (delete depending on which side of the fence you sit on) demonstration took place in London on Saturday, with political leaders and campaign groups occupying Trafalgar Square in a show of unity regarding supporting its abolition.

More interesting, however, was an interview on BBC Sunday Politics Scotland with the leader of the Scottish GMB union, Gary Smith, making a feverish diatribe in support of the nuclear “deterrent”, after the union itself issued a stark warning to Labour on Thursday about the threat to jobs.

Trade unions generally appear to be having a crisis of character at the moment.

Referring to anti-Trident MPs and MSPs, Smith called their position “an indulgent debate being played out by people who are happy doing student politics. This was a policy position that was hatched over lattes in Islington and Holyrood, and we have the whole Scottish political elite in direct confrontation with the organised working class”.

Nearly as intriguing as his assertion that anti-Trident supporters the Greens and Rise are the “Scottish political elite” are his presumptions that this is “diversionary politics” and that he speaks for the “organised working class” (an assertion oft made by those who actually don’t).

Diversionary? Yes, if you ignore the fact that the Trident system is becoming more obsolete as each year passes (note the US developing anti-submarine drones and Russia’s upcoming unmanned, underwater defence system), that David Cameron will be holding a vote on the subject after the EU referendum and that 48 per cent of Scots want the system scrapped .

However, it is of course the GMB Union which openly flirts with fracking , under the wafer-thin guise of “jobs for workers” and energy security for the UK; ignoring the fact that the US shale industry is majorly funded by high yield or ‘junk bonds’ – toxic debt which caused, in part, the last financial crash – and conveniently forgetting fracking is linked to banks like HSBC which have been responsible for plundering millions of pounds from the UK taxpayer.

The unions in the UK maybe should’ve gone to a well-known high street optician, as their short-sightedness is blindly obvious.

But then, trade unions generally appear to be having a crisis of character at the moment. Take Usdaw, the UK’s fourth largest union. Obsequious in their pandering to Tesco, the terms and conditions of being a union representative for them openly states : “All representatives must be mutually acceptable to Tesco and Usdaw.”

I’m sorry – but did I miss the seventh point on the People’s Charter where it says ‘forelock-tugging of the Bosses’?

This bizarre statement, which fundamentally goes against everything trade unionism should stand for, seems all the more pertinent when viewed in terms of Usdaw’s response to last year’s announcement by Tesco of 2,000 possible job losses: “Our priority is to maximise employment within Tesco. Where redundancy is unavoidable … (we will) support members through the joint lifelong learning initiative with Tesco.”

Is there a hidden agenda at work? You could also include the PCS union in this rollcall of ‘workers’ organisations who don’t appear to be standing up for the workers’ – they have come in for increasing criticism from campaign groups for their failure to act on numerous scandals within the DWP, most notably their inaction on sanctioning of welfare claimants and the big business benefit-scheme ‘Workfare’.

And as for Unison? An organisation which was mired in controversy over possible election rigging last year, and is currently (I’m told, by anonymous sources) awash with rumours that it is running a campaign to silence dissenters within its ranks.

While espousing to support worker’s jobs they are actually doing no such thing; their incessant capitulation to big business and government is proving to be nothing but detrimental to those they claim to want to protect.

The unions in the UK maybe should’ve gone to a well-known high street optician, as their short-sightedness is blindly obvious.

While espousing to support worker’s jobs, livelihoods and communities – they are actually doing no such thing; their incessant capitulation to big business and government, ineffective facilitating of a structured, cross-organisational national level programme of action and general hand-wringing when it comes to making decisions, is proving to be nothing but detrimental to those they claim to want to protect.

UK Chancellor George Osborne announced at the weekend that additional spending cuts will have to be implemented, and yet there has been not one cross-union national day of action since July 2014 .

I’m sympathetic to those lay activists who say that trade unions are there first and foremost to protect their members’ jobs and lives – although I’d question whether that features on crony-capitalist stooges Len McCluskey and Dave Prentis to-do lists.

But sadly their union bosses are proving to be nothing but harmful to the cause. By wanting to protect jobs (like those at Trident) that are directly linked to the very financial institutions and political groups that are responsible for poverty and destitution in this country (and the world), they are merely signing a deal with the devil – and one that will be their downfall.

There is no justification, whatsoever, for fighting for employment like that provided at Trident when it comes directly at the expense of other workers.

There is no justification, whatsoever, for fighting for employment like that provided at Trident ( funded by multinational financial institutions), when it comes directly at the expense of other workers; how many public sector jobs have been cut because of the 2008 banker-induced crash, and how many more will follow after the next one?

As the Tories push through even more anti-trade union laws and the number of employees who are members of a union is at its lowest level since 1995, these organisations need to stop thinking and acting like we’re still in the 1970s.

Fighting battles over job security is no-longer enough, as the enemy is now a completely different beast – it’s not the government who are generals in this war, but the multinational corporations.

By thinking and behaving like a modern-day Ouroboros (going round and round in circles, consuming themselves and spawning the same being with each cycle), they are merely playing into the hands of right-wing corporatism – but in reality, far from recreating themselves after eating their own tails, they are being manipulated into cannibalising other working-class and left-wing organisations.

Fighting battles over job security is no-longer enough, as the enemy is now a completely different beast – it’s not the government who are generals in this war, but the multinational corporations.

The upper echelons of the trade union movement fail to see (or are complicit in the fact) that their actions will eventually lead to them devouring themselves like the mythological serpent, but without rebirthing – and their membership will be scattered across various fringe movements.

They need to be dragged, kicking and screaming, into the 21st century; one where globalised crony-capitalism and the corporatisation of nations is the enemy, and get on-board with the anti-capitalist movement.

And if they don’t? They will, in the next decade, become as obsolete as the nuclear deterrent they seem hell-bent on protecting.