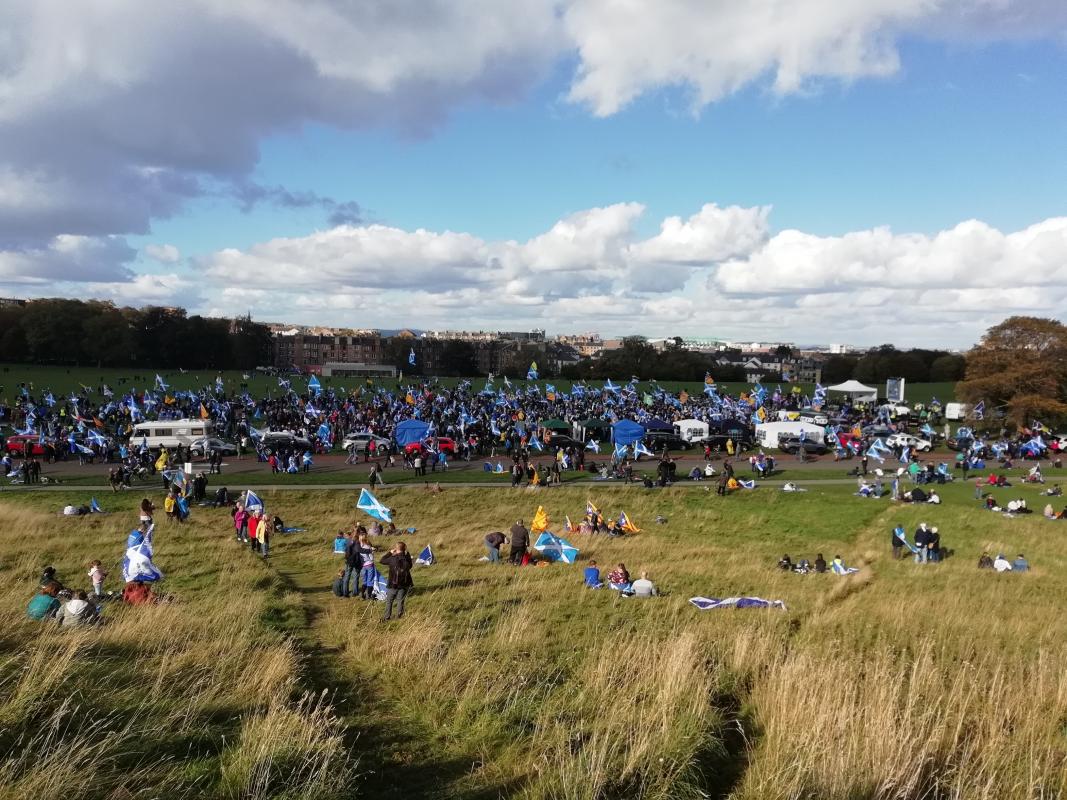 Steven Keith, a Scottish essayist, artist and poet living for 20 years in India, says that the political constraints on party’s means non-party Yes activists need to use their greater freedom to win the hearts of No voters

THERE is only so much a political party can do. They must work within the framework of expectations that the floating voters have of a party. Parties propose vague policy agendas designed to capture the often equally vague aspirations of the electorate, as it swings, back and forth between values, ideas, preferences and importance, all the time being influenced, persuaded and sometime cajoled, by a calculating, biased media.

Parties and the public that they are in existence to serve and promote, are both part of this media play – consumers and participants. Neither can ever be specific about what it is that they want, or can give. The specifics are constantly changing, so fast these days that it is near impossible for political parties and the voters to have any fixed opinions.

Alan Petrie & Siobhan Tolland: It’s time to leave the Yes campaign of 2014 behind and build something better

It is a difficulty for a party if it is perceived as running ahead of the electorate. It is also a problem if it is seen to be over anxious to lead the undecideds to the party’s ideological paradise; it appears to be pushing, rather than gently guiding, with a steady, reassuring hand.

Non-party activists on the other hand, have much greater freedom to approach the electorate on their own terms, so to speak. With nothing to sell and working for nobody whatsoever. But they have ideas and they have motivation. They work quietly at their ‘day jobs’, earn their money, pay their taxes but they choose to think and channel those thoughts very specifically. They have a passion, a drive from the heart, and it’s the hearts of ‘No’ voters that have to change if Scotland is to exist as an independent country.

In this period of dilemma and deliberation over when the SNP government should call a second Independence referendum, the non-party activists, the believers in the cause and the idea and the principles of independence, must drive this popular momentum, demonstrated by the recent march in Edinburgh and allow it to develop without the well meaning guidance and help that party people offer.  Individuals who believe in independence must turn the hearts of their friends and relatives who voted ‘No’.

Take the time to ask them. What is it that fills you with pride at being part of Britain? Look at the history with them. Look at the recent, ‘post – imperial’  history and notice that one continued from the other. Ask if they are comfortable about that? Are they aware that people in far poorer places laugh at our economic fears. Laugh.

The march in our Capital was not a Party march, it was a People’s march and it will be up to optimistic people to convince the hearts of the pessimistic that they must take this opportunity to be on the right side of history, safe in the knowledge that the countries of the world are behind us. Let our history be balanced and let us start a fresh, clean, energetic chapter in our nation’s story.