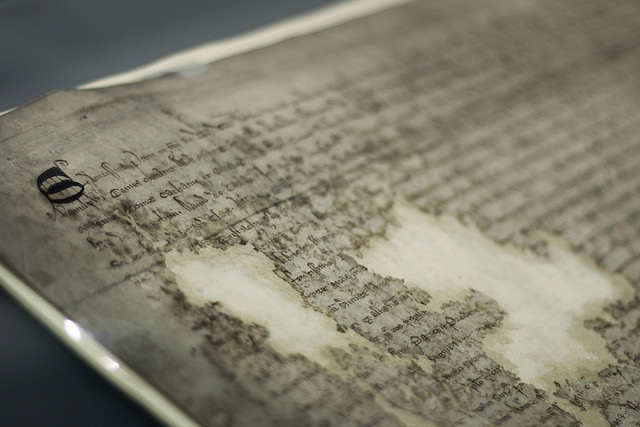 Where did we come from? Steven Keith, a Scottish essayist, artist and poet living for 20 years in India, examines the ancient origins of the Scots

THINKING of Scotland, as I do from the somewhat similar mountains of northern India, which have been my home for near on twenty years, I do so from a rather Indian perspective, that of families, clans and tribes living on land that they consider to be their ancestral land. However, I do so with the understanding that those same ancestors had themselves migrated from their ancestral lands in a far off past. This history is kept alive in stories from both manuscript and memory.

What began as a fascination with the origins of the peoples of the the Himalayan ranges led quite naturally to an interest in where we all come from; our origins.

The Indians of course, as the most ancient of civilisations, had an understanding themselves of the world, how it was made, when and, more importantly for this piece, who populated it and where they settled. One of the more ancient of the Vedic texts that form part of the ‘liturgy’ of the Hindus (which we were all, at one time, in our human history) is the code of Manu, the lawgiver, not, coincidentally, dissimilar to Maru, the lawgiver of Japanese culture, or Minos of Crete or Moses who we are perhaps more familiar with.

The laws of Manu tell us that from the caste of the Kshatriyas sprung the peoples they knew as Yavanas and we know as Greeks; the Pahlavas or Persians, others who would eventually form the cultures of Siam, China, Burma and Tibet and the people known to us as Scythian but to the Sanskrit writers, as Saka. The Scythian are mentioned too in the Old Testament, as are many of the same names of the nations of people described and located in other contemporary texts and tablets. The Egyptians and the Hittites of Anatolia are the two others who were to play leading roles and help us to make significant strides in understanding the ancient and transcendental culture that was to become Scotland.

In the Scottish peoples Declaration of Arbroath , which readers will no doubt be familiar with, the authors gave a brief history of their forefathers, their journeys and the Europe of that time. Although written in the 14th century, the document is remarkably similar to the stories written in the centuries before by Greeks, Romans and the English writer, Bede, to name but a few.

The seventh century Saint Isidore writing in his Encyclopaedia of Knowledge , drawn from three ancient Latin and Greek sources, recorded that the ancient inhabitants of what is now Spain and Portugal and was then known as Iberia, were the war-like Haspernians, a name not too dissimilar to the Hibernians of Hibernia or Ireland. We know that the atlantic seaboard provided the route for genes to move from south to north as northern Europe was repopulated after the ice that had marked that age had receded and reshaped the land and sea. The genes had names and names tell stories even if they change after generations of whispers.

The Scots of Ulster and Dal Riata asserted that they had hailed from the marriage of an Egyptian pharaoh’s daughter, Scota, and a Scythian general of her father’s army who had refused to pursue the Israelites as they fled across the Red Sea. They settled in exile with their entourage in Ulster as the Scots and then Scotland, giving our country their and her name.

In the old German spoken in the ancient times, the word for Scotland and for Scythian is the same, Scutten. The Scythian peoples dominated the steppe north of the Black Sea at that time. A matrilineal culture who painted their bodies and who had developed an extraordinarily high standard of craftsmanship with metal, particularly gold, they faded from history at about the time that scholars first began to describe another matrilineal, body painting, metal working people, the Picts.

READ MORE – Lesley Orr: How modern Scottish feminism can give women their rightful place in history

Were they the same people? Pictland was an amalgamation of minor kingdoms, the northernmost being Cait, that eventually would give it’s name to the county we know as Caithness. To the Gaelic speakers of Dal Riata and Ireland, the part of Pictland known as Cait, was known as cataibh, meaning ‘among the cats’ and to the Norse speaking Orcadians it was called Katanes, ‘headland of the cats’.

According to the seventeenth century historian, Sir Robert Gordon , in the century after Christ, 4 AD 82, two boatloads of warriors had arrived in Caithness from their lands in Friesland, Batavia, known as the Netherlands in those days. They had made Friesland their home after retreating to there from the southern part of the Roman province of Germania, in the area of modern day Hesse, which had been occupied by the legions of Rome in the decades that had preceded.

These people were the Catti. History goes on to tell us that the chief of the Catti had married a daughter of the Pictish King, Brude, and by the time Kenneth Mac Alpin, King Alpin had joined the Scottish and Pictish thrones, the Senachies had named Gilli Chattan Noir as the chief of the Catti and from him are descended Clan Keith and also the clans of MacKenzie, MacPherson, Sutherland and Davidson, known as the confederation of Clan Chatten. In old German, Hesse was known as Hatti, the same name that they gave to the Hittites of Anatolia, to the south of the Black Sea and the same name the Hittites knew themselves by. The Egyptians knew the Hittites as the Kethi. The emblem of both the Hatti (Kethi) and the Catti (Hatti) was the black cat. The black cat remains on the banners of the Earls of Sutherland and Clan Chatten, each themselves descendants of the Catti/Pictish nobility.

The Indo European Hittites had been amongst those at the forefront of the civilisations of the time, pioneers of bronze age’s technological advancements, they had been the first to introduce codified civil and criminal law, indeed the first example of an international peace treaty to conclude a war is between the Hittites and the Mitanni of northern Mesopotamia, signed by their leaders, under oath before the Indic Gods Varuna, Indra, Mitra and Nasatya. A copy of this legal treaty first adorns the United Nations building in New York City, a testament to what can be achieved by mediation rather than militarism.

Scotland was populated from the collapsing civilisations of the Mediterranean and the near east; from the Hittites and Scythians of the Black Sea, the Egyptians and dare I say, some of the sons of Esau who had married into both Hittite and Egyptian royalty and whose genetic characteristics of red hair and blue eyes are still disproportionately found in the blood of the Scots. Around the globe, between one and two percent of people have red hair, a figure that rises to thirteen percent in Scotland, with almost 40 percent being carriers of the allele gene. In the Ashkenazy Jewish community significantly higher than average levels of red hair can be detected, but not nearly to the same level found amongst the modern day Scots and Irish.

Indeed, in eastern Europe and Russia, red hair was associated with jewry and in Spain during the inquisition, red hair could be a death sentence based on the same prejudice. The building of Hadrian’s wall guaranteed that those families on the northern side were isolated, the distinctive system of clans that would come to define the country could develop and the ancient bloodlines that had long before sought refuge and sanctuary on the fringes of the known world, could bond and maintain themselves as a united collective amidst the mayhem and murder that would come to mark the dark and middle ages.

The fact that these people remained out with the formal Roman Empire meant that they could define themselves as being free and independent as well as maintaining their distinctive culture until the union with England in 1603. Indeed Samuel Johnson, the doctor of letters who gave the world the first English dictionary and who was the preeminent English academic of his time, had lamented, that with a Stuart on the throne in London, the jewish habits of the Scots had infiltrated and polluted the good christian peoples of his green and pleasant lands.

Perhaps these habits stemmed from those early settlers from the Middle East who gave us the contents of their memory and their minds, as well as the confidence that emanates from a successful, proven people. It is this ancient heritage, that is embedded in the subconscious of our people, that has meant that to this day we will always consider ourselves as being free and independent, and as Scots from Scotland, irrespective of our circumstances.