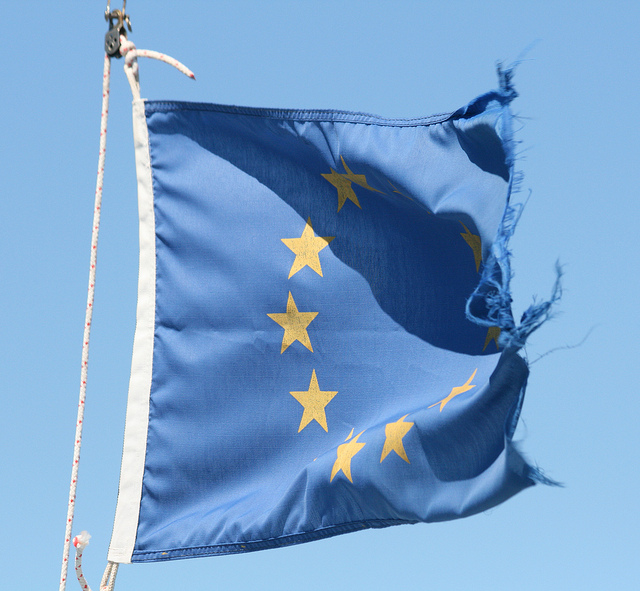 Mark McKergow reports for CommonSpace on a legal seminar in Edinburgh on Brexit, looking at the environment, consumer protection, family, trade/tax plus more

A YEAR after the triggering of Article 50 and following several near-crisis moments in the negotiations, legal experts in Edinburgh agree that there are still many more questions than answers to the legal implications of Brexit.

Brexit update: implications for law and practice in Scotland, sponsored by Public Policy Events, Scottish Legal News and the Scottish Centre on European Relations, was held on Monday 26 March 2018 at Advocates Hall as a follow-up to a seminar last year, and featured two general updates on the legal and political issues around Brexit as well as four more specific sessions considering the impact on environmental, consumer protection, family and trade/tax law in Scotland.  Kenneth Campbell QC reviewed the progress of the UK’s EU Withdrawal Bill and the two Continuity Bills being considered by the Scottish Parliament and Welsh Assemblies.

As part of the developing story about devolved powers, Campbell mentioned an emerging proposal from former Lord Advocate Lord Mackay of Clashfern that a mechanism was needed for establishing common frameworks for the UK, with representation from the devolved authorities, to establish a ‘UK single market’.  This phrase is becoming more and more used, particularly by Scottish Conservatives, and implies (or should imply, at least) a more devolved approach than a simple unitary-state market.

Kirsty Hughes, director of the Scottish Centre on European Relations, reminded us that the political situation was evolving fast; over the past month alone there have been Theresa May’s Mansion House speech, a draft Withdrawal Agreement greeted with fury and subsequently largely accepted, more crunch negotiations and the appearance of the EU’s trade negotiation guidelines.  She likened the progress, or lack of it, not to a ‘Groundhog Day’ Brexit where things stayed the same, but to a Teflon Brexit where obstacles and inconsistencies simply slid off, leaving the protagonists apparently unscathed.

“She likened the progress, or lack of it, not to a ‘Groundhog Day’ Brexit where things stayed the same, but to a Teflon Brexit where obstacles and inconsistencies simply slid off, leaving the protagonists apparently unscathed.”

A big risk appearing on the horizon is that the initial ‘trade agreement’ between UK and EU, inevitably at a high level as there is no time for anything detailed, will be fudged into warm generalities.  The hard questions of detail and law may remain unanswered until after the planned Exit Day on 29 March 2019, by which time the UK is likely to have lost most of its bargaining power.

Most of the UK’s environmental law currently derives from EU law, said Annalisa Savaresi, University of Stirling.  Although it is clearly intended to import this law onto the UK statute book, urgent action is required to replace EU regulatory bodies and governance, in areas like chemicals and emissions trading.  One little-commented aspect is that even if the law is replaced, the ‘enforcer’ could be unclear – the EU institutions who currently bring scrutiny will no longer have a role in the UK.  There will be continuing pressure to comply with EU law such as vehicle emissions and other product standards, as those products will still go into the EU market.

In all areas, the long-term policy horizon and stable regulatory framework provided by the EU was being lost, Savaresi argued, as well as access to funding and cooperation programmes. DEFRA alone has recruited 1400 new staff to cope with Brexit – how much of a dent does that make in the promised £350m a week for the NHS?

James Mure QC addressed consumer law issues, pointing out that much current law stemmed from the position of consumer protection in Article 38 of the EU Charter of Fundamental Rights and other high-level treaty statements.  He pointed out that the UK Government were not proposing to import the Charter into UK law as the points were covered elsewhere.  This might be the case now, but subsequent changes to UK law could bring divergence and downgrading as the original high-level statement of purpose would have vanished.  Other issues, such as the Precautionary Principle, were similarly at risk.

“Rachael Kelsey, considering family law, said that there was not yet clarity even about how things would work during the 21-month transition period 2019-2020”.

Rachael Kelsey, considering family law, said that there was not yet clarity even about how things would work during the 21-month transition period 2019-2020; the UK would not be a member state and would be required to implement EU Regulations on divorce, maintenance etc, whereas the EU could be under no reciprocal obligation.  Post-transition, the current agreements which give clarity on which laws applied in for example a divorce case between a Scotsman and a German woman (currently decided on the basis of where the first proceedings were filed) would no longer apply, leading to legal argument over competing jurisdictions.

Rounding up the morning, Peter Sellar summarised the position on trade and cross-border taxation.  The Trade Bill currently going through Westminster would set up a Trade Remedies Authority (TRA) and seek to grandfather existing trade agreements set up by the EU for a five year period. Sellar considered that this was very far from an easy exercise – the EU would ask the other parties to treat the UK as if it was still a member, but in fact they are not obliged to do so and are likely to wish to renegotiate to gain further advantage.  Given that there are over 750 such agreements, this is daunting – over to Liam Fox!

Further legislation being created addresses taxation such as VAT; this would be levied at the border post-Brexit rather than further down the line, producing friction even though no tariffs would apply to goods.  Even the fabled BMW Mini crankshaft which crosses the channel five times will fall into this category, presumably meaning five sets of VAT transactions to be accounted.  Costs for this would very likely be passed on to consumers.  Sellar offered a handy guide to the colour-coding in the draft EU Withdrawal Agreement: green means the UK has capitulated, yellow means the UK is about to capitulate, white means that capitulation is a matter of months away.

In short, all present produced key legal questions which have yet to be answered.  Time is short – only one year remains until the planned Exit Day. Tick-tock.