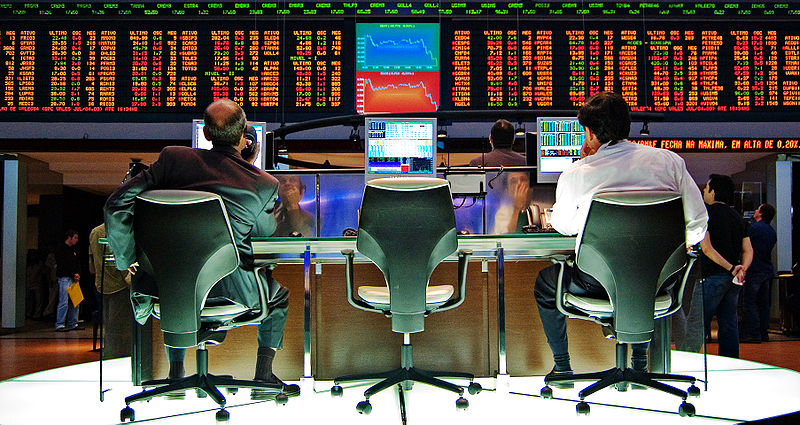 Investors reacting to the outlook of the global economy has caused a market “jitter”, economists say

A GLOBAL sell off and turbulence in the US and Asian markets overnight prompted European markets to open with some of the worst falls in six years, as investors have responded to changes in the outlook for the global economy.

Speaking to Commonspace, Dr Gbenga Ibikunle, a senior lecturer in financial markets at the university of Edinburgh business school, said that the commonality among financial markets cause a reflection of the correction in the US to reach across the Atlantic.

Explaining what had caused the “correction”, Dr Ibikunle said he had expected this for some time: “Myself and other colleagues I have spoken to have been sceptical of the valuation of companies on the stock market and we have expected this to happen for a quite a while but did not know what would trigger it, in this instance it looks to have been the rise in US inflation to just over 2 per cent.”

“Myself and other colleagues I have spoken to have been sceptical of the valuation of companies on the stock market.” Dr Gbenga Ibikunle

“Previously this might not have resulted in much change, but because the fundamentals of the economy are strengthening, such as the fall in US unemployment rates to 4.1 per cent, people in the markets are expecting rapid interest rates rises.

The most notable effect of interest rate rises for ordinary people is that it will become more expensive to borrow money, which ultimately has an impact on company profits.

“Investors are trying to cut their losses before the valuations in company stocks are reduced and the profit they make from their investment falls.” Dr Gbenga Ibikunle

Dr Ibiknule explained that by attempting to predict the future, market analysts place a value on companies, known as their market value. This value predicts the future profitability of the company, for example, if Apple is likely to sell as many products in ten years as it does now: “Investors are trying to cut their losses before the valuations in company stocks are reduced and the profit they make from their investment falls.”

Commonspace asked Dr Ibiknule about how the ordinary person will be affected: “The valuation of the stocks might not affect most people at the moment. The most obvious way ordinary people would be affected is through their pension pots, but those are usually based on a longer-term view and this short-term blip will not affect that.”

Dr Ibiknule said the most obvious change for ordinary people will be the predicted rise in interest rates, which will affect how much some people will pay back on their mortgage or the price of bank loan products and credit or store cards.

The Edinburgh university lecturer did confirm to Commonspace that global political events such as Brexit will not have caused much of what has happened today because it had already been priced into stock valuation and there had been no recent changes for markets to react to.

Although corrections usually precede economic events such as a recession, experts seem to agree that on this occasion it has been down to a strengthening of the global economy.

At the time of publication, the US stock exchange had opened with a slight recovery, which commentators suggested was proof that the fall was a short-term event.