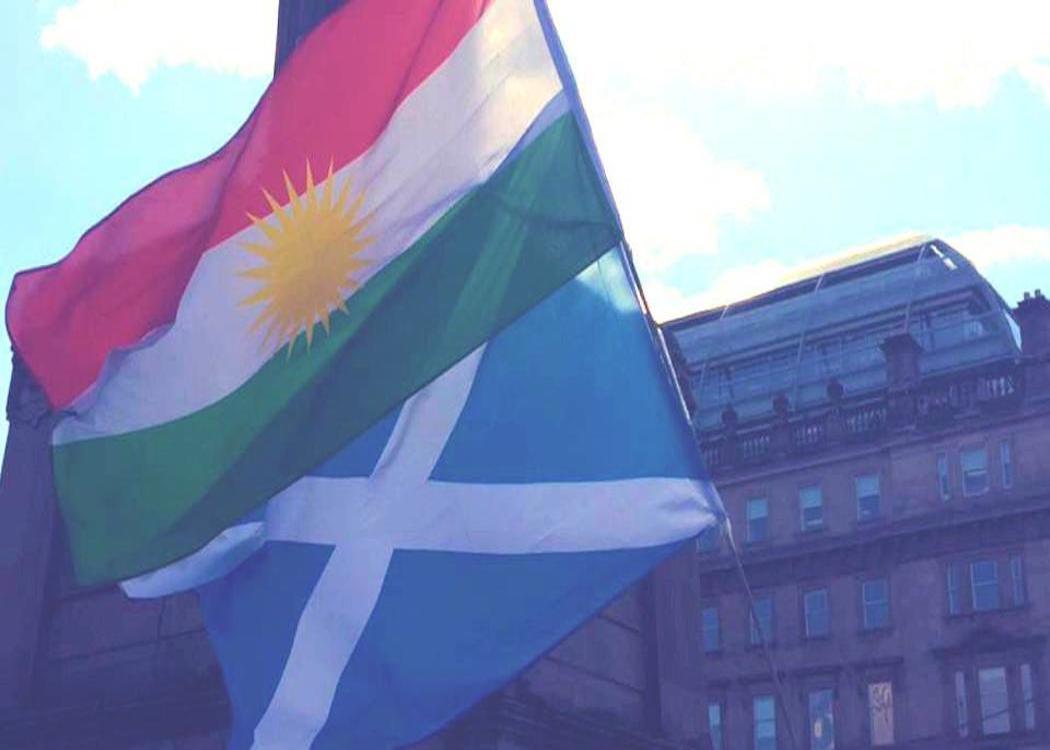 Nato allies should intervene to end abuse of Kurdish people

GLASGOW MP Natalie McGarry has called for UK Government condemnation against ongoing atrocities committed by Turkey against the people of Kurdistan following her “terrifying” detention by special forces in the city of Diyarbakir.

McGarry was part of a delegation with Unite and GMB trade unions seeking to show solidarity with the millions of Kurdish people denied autonomy within current Turkish state borders, who have also faced decades of warfare as a result.

McGarry also spoke out after her “terrifying experience” over several hours after special forces detained the MP for recording the sound of bombs over Kurdistan. Turkey has continued to bomb Kurdish forces in Syria, despite the forces representing a consolidated opposition to Daesh (Islamic State) forces.

“The UK Government needs to act immediately both directly with the Turkish government and in the wider international community to use all its influence to put an end to this atrocity,” McGarry said. “In the last few days I witnessed first hand what is taking place and was personally detained by Turkish Special Forces for simply trying to bear witness to what was happening.

“I am utterly appalled at the inhumanity of what is happening and have written to the speaker of the House of Commons to request an urgent question on Monday.”

“I freely admit to crying when I was released. It was a terrifying experience albeit it only lasted a couple of hours.” Natalie McGarry

Calls for diplomatic intervention were echoed by Simon Dubbins, international director for the Unite trade union: “From what we have seen and witnessed it is clear that Turkey is becoming a regime that has no respect for human rights, democracy and civil liberties.

“Trade unions, non-governmental organisations and any form of democratic participation are being systematically and violently repressed.”

Over 30 million Kurds are split across the national boundaries of Turkey, Ian, Iraq and Syria, making Kurdistan the largest stateless nation on earth.

Due to their minority status in each country, the Kurds have struggled for democratic recognition and have suffered oppression of their language, culture and human rights.

Following McGarry’s return, she spoke out on twitter over the details of her short detention experience: “I was forcibly removed from the street by a man who pushed me repeatedly and would’ve hit me but for intervention of younger colleagues. I was denied access to an interpreter and taken in to a shack behind the demarcation line which was filled with guns.

“When interpreter/friend Ibo was allowed in after 45 minutes, I was so relieved. I wasn’t alone with no understanding of language amidst tank fire. Some of the Turkish police/forces were very young and behaved admirably, but were scared and shouldn’t be in the position they are in.

“My absolute admiration to fellow delegates who stayed to support me & were increasingly worried by the shouting & swearing. Thank you also to the British Embassy who acted so swiftly to help secure my release. And everyone locally who was contacted & put pressure.

“Thanks also to the Kurdish population of Sur who came to welcome me out and hugged me when I cried. And they brought me chai and thanks. I freely admit to crying when I was released. It was a terrifying experience albeit it only lasted a couple of hours.

“I cannot imagine if life was a constant struggle of fear like that everyday which is why Turkey’s NATO partners need to demand it stop.”

As a result of her campaigning, McGarry said she had received “hundreds of gendered violent threats” online.

Last October campaigners from Scotland travelled to the Kurdish region of northern Iraq , where locals accused the Turkish state of complicity in terrorist attacks on Diyarbakir and the HDP political movement.

SNP politicians like Tommy Sheppard have called for greater diplomatic support for Kurdistan, and future support for an independent Kurdish state.