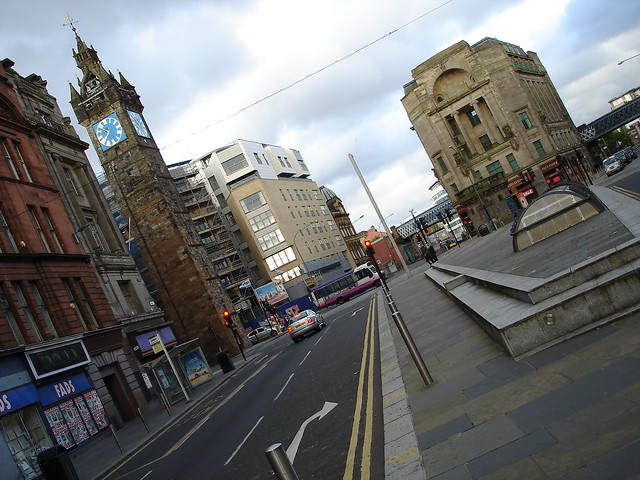 After the announcement that Glasgow will host the UN Climate Summit in December 2020, Glasgow Union social work branch co-convenor Stuart Graham says trade unionists in the city need to get organised for the huge challenges of the Climate Emergency which lie ahead

AS THE climate emergency climbs higher up the political agenda and pushes its way onto our screens and into our public spaces, any relatively informed observer could reasonably expect that government at local and national level will devise effective strategies to tackle it.

However, we know that this is not the case, particularly because our societies and economies remain predominantly locked into systems and processes that rely on fossil fuels and continued production of carbon.  And as the main contributors to increased carbon levels are the multinational corporations that determine which global sites will perform which tasks based almost solely on commercial profit motives, how will they in turn be regulated or held to account for the environmentally damaging behaviour they persist with?

Under these auspices, a group of 20 trade unionists and climate activists have established the Campaign Against Climate Change Glasgow group in order to bring this agenda into the workplaces and working class communities they represent.

Members of EIS, GMB, PCS, UCU, Unison East Renfrewshire, Glasgow City Unison, Unison Health retired members, Unite Community, Unite retired members and USDAW attended the first organising meetings on 8 and 21 August, principally to help galvanise and build trade union support for the 20 September global climate strike. Yet this also provided an opportunity to look beyond this date and to identify further medium and longer term strategies that are consistent with a carbon neutral Glasgow and Scotland.

Three branches (Glasgow City Unison, Unite Community and Unite retired members) passed motions at their respective branch committees on the climate emergency in August, and those present agreed to try and raise similar motions in their own branches within the requisite timescale to be meaningful for 20 September.

Furthermore, within Glasgow City Unison, links have also been established with the Scottish Youth Climate Strikes (SYCS) Glasgow group and provision of meeting space(s), printing/photocopying facilities, bulk ordering of leaflets and a £500 budget has been in place since May.  Edinburgh City Unison are also in the process of agreeing similar arrangements for Edinburgh SYCS and it is hoped that other branches can commit to the same, while proportionate to their resources.

Members of Extinction Rebellion (XR) were also in attendance and are willing to provide speakers to any branch that invites them to address their membership. Given the role XR have played to date, and inclusion of its members in Glasgow City Council’s (GCC) Climate Emergency Working Group, it is crucial that unions and branches are able to constructively engage with the debate around direct action tactics as the responses to the climate crisis develop.

In light of the extant anti-trade union legislation which we all know places restrictions on what can be considered legitimate industrial action, we need to explain that such restrictions do not mean the unions cannot support the global climate strike.  But we also know that the use of the word “strike” carries certain connotations that will cause concern to general secretaries and NEC delegates alike with an eye on potential sequestration for illegal action.

That’s why the call from Frank Bsirske, head of Germany’s largest service sector union Verdi, for solidarity action from its two million members on 20 September should be applauded.

“Those who can should clock out and join in. I will be there…Politics must act on climate protection much more decisively,” Bsirske said.

And the unions do bring a significant level of political influence to any table they sit at.  The recent TUC motion (passed Tuesday 10 September) to call for a 30 minute stoppage on the day of the Global Climate Strike and for the establishing of national and regional Just Transition commissions further consolidates the call for action.

Within Glasgow, an opportunity to build and push for the (part-)municipalisation of public transport was identified by lobbying Glasgow City Council to take over from First Bus upon the expiry of its contract.  This could be the first step towards low-cost and ultimately free public transport systems, which would significantly reduce carbon emissions from polluting vehicles.

And what of the necessary Just Transition that hasn’t materialised in any tangible form so far?  Those involved appear to keep focussing on the needs for skills investment for the future, but this shouldn’t preclude action being taken now. If recent studies are accurate and we have 11 years until we reach an irreversible tipping point, then the Just Transition Commission’s 2045 target date is woefully under-ambitious.  Consequently the STUC General Council’s persistent requests to remit any and all motions on how this can be competently debated and articulated needs to end.

The Global Climate Strike next Friday should be viewed as the start of a much larger campaign that the unions must involve themselves in as fully as possible, as soon as possible.