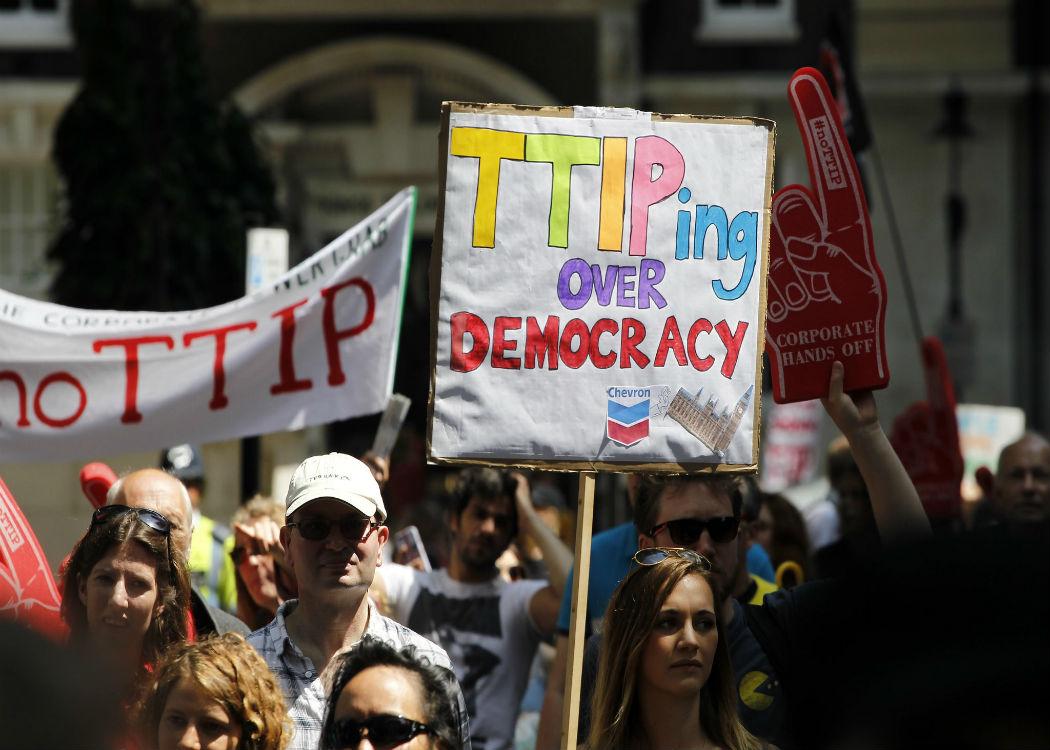 ‘SCOTLAND Against TTIP’ will be launched this Saturday 11 April, as a broad-based coalition of campaign groups and trade unions join forces to oppose a EU-US trade deal that risks damaging Scottish public services and workers rights.

The Trans-Atlantic Trade and Investment Partnership is a significant international trade deal, but campaigners have warned that it could allow privatisation of public services, such as the NHS, to creep in.

TTIP is currently being on the negotiating table, with the US keen to have a deal wrapped up before the end of the year, but for the deal to pass, the EU Parliament has to vote in favour of it and each EU state has to ratify it.

The Greek Government already signalling that it would never be ratified under its watch.

The Scottish Government has raised concerns that there is no specific veto on the NHS in TTIP, and has also expressed fears over the investor-state dispute settlement process that has been proposed for the deal, which would mean an international corporate court would take legally binding decisions over trading disputes between nation-states and corporations.

However, the SNP government has stopped short of opposing the trade deal outright, saying it would have to see the final negotiated deal before taking a stance one way or another.

Campaigners are concerned that the trade deal could open up public services to market forces, as well as lowering trading standards, like workers’ rights and environmental standards.

Seven trade-unions are involved in the new umbrella group, including the STUC, as well as campaign groups like Global Justice Now, Friends of the Earth and the Radical Independence Campaign.

Liz Murray, the head of Scottish campaigns at Global Justice Now, an international social justice campaign, said: “The Scotland Against TTIP coalition is part of a growing movement across Europe that aims to prevent a massive corporate power grab taking place at the expense of democratic sovereignty.

“TTIP would have serious consequences across a huge spectrum of issues, which is why the coalition represents such an incredibly wide range of organisations, from trade unionists to local food campaigners and anti-poverty campaigners to environmental activists.

The event takes place in the Renfield Centre, Bath St, Glasgow, from 11am-1pm, click here to find out more details and to register for the event.