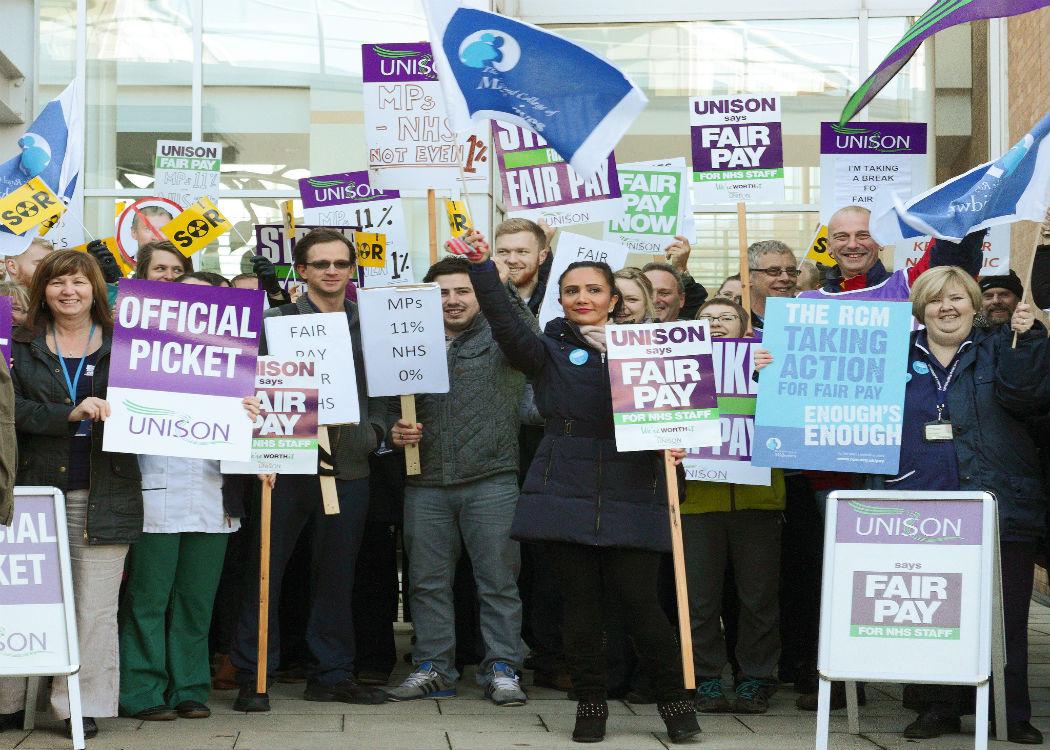 THE STUC, which represents over 600,000 trade-unionists in Scotland, has outlined an 11-point plan for decent work in Scotland, and called on prospective candidates in Scotland for the 2015 General Election to indicate which parts of the manifesto they will commit to supporting.

The ‘manifesto for decent work’ proposes policies such as an immediate increase of the minimum wage to PS8 per hour, full restoration of collective bargaining rights and universal free childcare.

Commenting on the manifesto, STUC general secretary Grahame Smith said: “With two months to go before the General Election, it is clear that Scotland will be a major battle ground in determining the outcome. Scotland’s 620,000 trade union members and their families and friends will have a real say in determining the future.

“We will be asking the prospective candidates of all Scotland’s main political parties to pledge to support our manifesto and will collate and publish the responses from all candidates at our Congress on 20 April.”

CommonSpace reported last week (click here to read more) on Smith’s stinging criticism of Jim Murphy’s leadership of Scottish Labour, saying Murphy’s campaign to re-introduce alcohol to football matches was “populist and cynical”, adding that he had “nothing” to say about trade unions.

Smith said: “Labour faces a formidable challenge from the SNP which is certain to make much of its support for the recommendations of the Working Together review, instigated by the Scottish Government to highlight the positive role played by unions in Scotland, in direct contrast to the Westminster government’s Carr review on the conduct of industrial action.

“The Scottish Government has already started to implement some of the 30 recommendations of the Working Together review, conducted by academics and an equal number of union and employer representatives.”

The STUC Manifesto states: “Low pay and insecure work is damaging for workers and damaging for the economy. Britain is failing to create sort of jobs, which provide an adequate standard of living and security, which are essential to create demand in the economy and offer decent prospects for all.

“There is a growing understanding of the importance of better wages and secure employment, but as yet the policy solutions do not match the scale of the problem.”

Robin McAlpine, director of the Common Weal campaign group and think-tank, said that it is “genuinely exciting to see the trade union movement re-emerge as a campaigning sector putting all politicians under pressure”.

“The vast majority of these proposals should gain the support of any politician who is trying to present themselves as a social progressive and we should all hold them to account on this,” McAlpine added.

The Scottish Government’s new economic strategy was released earlier this week, and it emphasised the importance of ‘fair work’ to the party’s agenda. The STUC welcomed much of the proposals, and stated that it was “heartening” to see the First Minister drop the SNP’s “longstanding commitment to deep, blanket corporation tax cuts in favour of a more nuanced approach”.