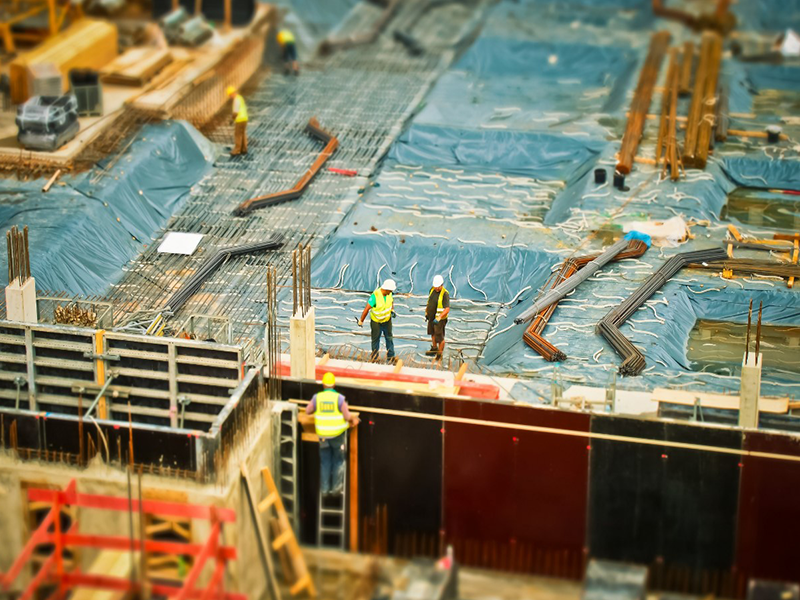 The STUC has joined calls for a “root and branch” review of public sector outsourcing.

THE SCOTTISH TRADES UNION CONGRESS (STUC) has welcomed the call for a “halt” to the involvement of the private sector within public sector contracts after a report published by a public policy think-tank.

Independent think-tank the Smith Institute has published a report calling for a review of the involvement of the private sector with public sector contracts through outsourcing.

The report’s authors have said that the answer should not be to buy out all outsourced contracts, but instead halt any new outsourcing contracts whilst a “root and branch review” is undertaken.

Welcoming the report, STUC General Secretary Grahame Smith said: “This report highlights the unknown fallout of the Carillion collapse and the urgency of a root and branch review of all outsourcing by the public sector. Trade unions have consistently doubted whether contracting out from the public to private sector via private finance initiatives, the Scottish Futures Trust, or any other mechanism which sees public sector spending flowing into the hands of private companies and individuals, is really the best destination for public funds.

“It is time for a moratorium on contracting out of all public service contracts whilst a root and branch review is carried out.” Grahame Smith

“As this report suggests, it is time for a moratorium on contracting out of all public service contracts whilst a root and branch review is carried out.”

A spokesperson for the Scottish Conservatives told Commonspace it was “not feasible” for governments to deliver huge infrastructure projects without private sector involvement: “Carillion’s collapse doesn’t change that fact, but it can be a lesson to bear in mind for future use of NPD [Non Profit Distribution] and PFI-type projects.”

Although Carillion did operate in Scotland, the Scottish Government said that its alternative model to PFI, NPD, precluded excess profit being passed onto private companies: “The Scottish Futures Trust uses a non-profit distributing model as an alternative to the traditional Private Finance Initiative model – which precludes excessive profits to the private sector from public contracts.

“The system has been praised by the Scottish Parliament’s Finance Committee, for improving the efficiency and effectiveness of infrastructure investment in Scotland.”

Research by journalist George Monbiot showed that the taxpayer was paying a debt four times as large as the original delivery cost in some cases.

In his first major speech as Scottish Labour leader last week, Richard Leonard acknowledged many of the costly PFI contracts still affecting the public sector were signed under Labour and said that he would undertake to buy out pricey NHS contracts nearing the end of their lifespan. Speaking to Commonspace, he said: “The PFI model is no longer fit for purpose and the SNP’s non-profit distributing model has created the illusion of an alternative, while the reality is it has led to the same corporations and same absentee shareholders benefiting from the public purse – with the Scottish Government setting no controls over these contracts particularly around fair employment practices.

“In the absence of government action on this, we will initiate our own urgent review. Our public services are there to serve the Scottish public not the balance sheets of financiers.

“We need to find common sense ways to bring these contracts back into public control but also to be bold on extending public ownership in the future.”

SNP MSP James Dornan was critical of Labour’s “toxic legacy” of PFI deals: “Labour’s PFI deals and their toxic legacy has left taxpayers in Scotland paying through the nose – with a £22 billion bill for contracts with a capital value of £4 billion.

“That’s an above-the-odds swindle that would make even Wonga blush.”

“It’s time to end this failed experiment and develop a bigger role for public ownership and co-op models at the core of our public services and infrastructure investment.” Patrick Harvie

However, Scottish Green’s leader Patrick Harvie MSP said it was a “myth” that the Scottish Government’s NPD model prevented private companies withdrawing excess profits: “It was always a myth that the NPD model eliminated the excessive profits companies can extract from public sector projects.

“Whether PFI, PPP or NPD, this approach has been inefficient, expensive, even dangerous in some places, as parents at Edinburgh schools know.

“It also puts workers’ terms and conditions under threat. It’s time to end this failed experiment and develop a bigger role for public ownership and co-op models at the core of our public services and infrastructure investment.”

Scottish Liberal Democrat leader Willie Rennie told Commonspace action had to be taken to protect the taxpayer: “For the future we need to avoid a situation in which firms like Carillion privatise profit yet taxpayers take the hit when things go wrong.”