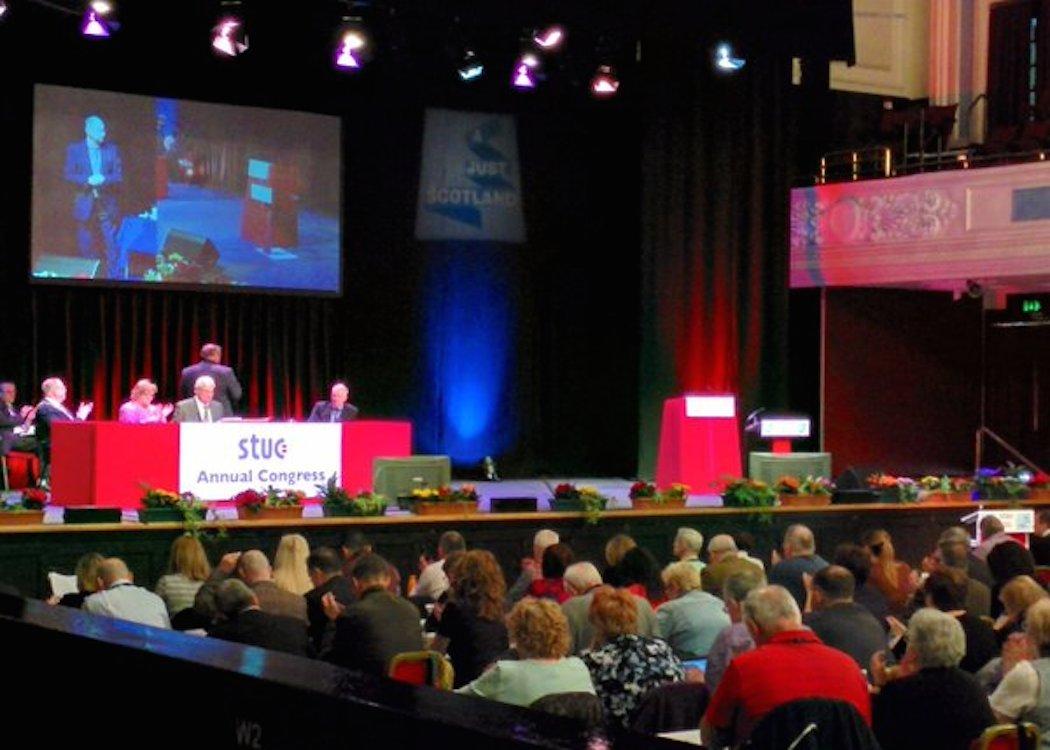 GRAHAME SMITH, the figurehead of Scotland’s trade union movement, has poured scorn on the ongoing Scottish election debate over a lack of “substance” to tackle inequality through tax and economic policy.

Speaking to the union congress’ 119th conference, general secetary Smith claimed that proposals on industry and tax from political parties were “weak” with “nothing of substance”.

With just two and a half weeks till polling day, Smith said that he has limited expectations ahead of the SNP and Labour manifesto launches.

Describing the vote as “the most important since the Scottish Parliament was re-established”, he called for a “break from the conservative mindset that has afflicted successive Holyrood administration” by rejecting mere “administrative competence”.

He described Ukip Scotland as “malicious buffoons masquerading as a serious political organisation”.

Smith was particularly scathing of the SNP’s income tax policy, especially on the top rate of tax for earners over PS150,000. He said the party only offered “pathetic excuses” for keeping the same rates of income tax in Scotland.

“The Nordic society the SNP aspires to simply won’t be created and sustained on current levels of taxation,” he added.

A recent report found that one in five Scottish children grow up in poverty. The wealth of the four richest families in the country is equivalent to the total wealth of the entire bottom 20 per cent of the population.

Smith gave a moderate welcome to Labour and Liberal Democrat plans for an 1 per cent income tax increase.

However – following the Liberal Democrat and Tory manifestos – he remained unconvinced there was enough political will to redistribute power and wealth in Scotland.

Tax policy, especially over the regressive council tax and new income tax powers, has led to a debate on the high levels of inequality in Scottish society .

Smith also hit out at the Scottish Conservatives, and its leader Ruth Davidson who Smith said was “entirely complicit” in the Tory austerity agenda and cuts focused on the poor, disabled people and women.

He described Ukip Scotland as “malicious buffoons masquerading as a serious political organisation”.

The STUC general secretary did not mention the higher tax proposals from the Scottish Greens or new socialist alliance Rise.