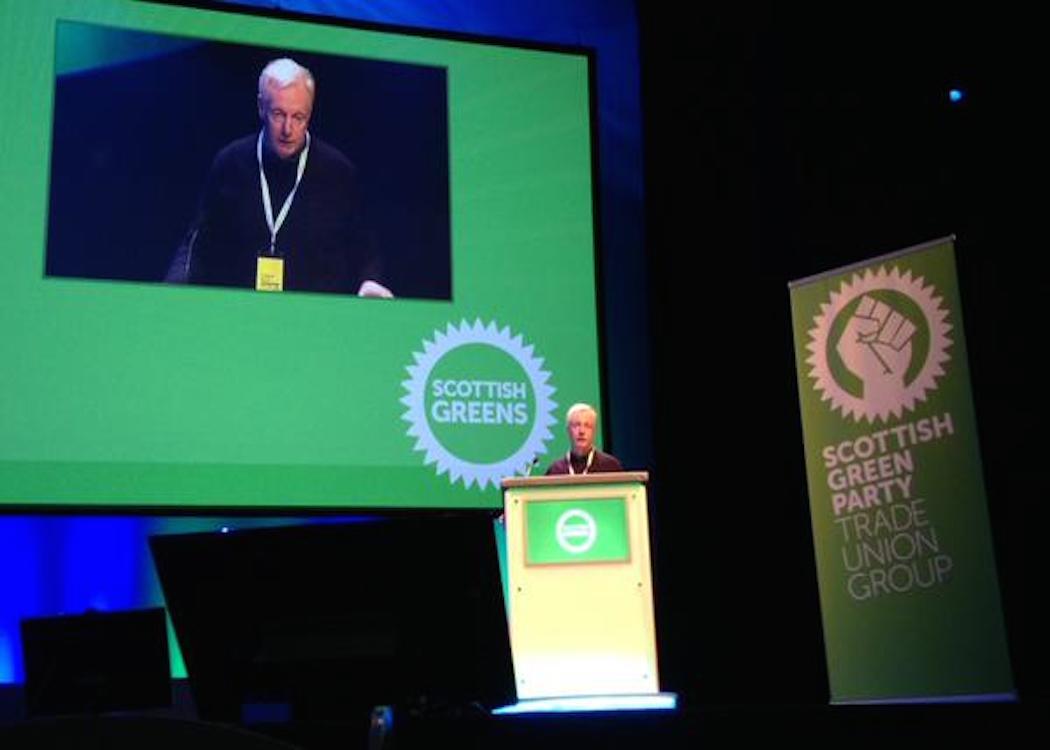 THE LEADER of the Scottish Trades Union Congress (STUC) Grahame Smith has said he will not comply with Tory anti-trade union laws on picketing.

At the Scottish Green Party conference Smith, illustrating growing resistance in Scotland to the proposals, said there was “no way” he would comply with proposals to single out strike organisers on picket lines.

Speaking in Glasgow’s SECC he said: “No way am I wearing an arm band to say ‘legitimate picket’. If that puts me at variance with the law then so be it.”

The STUC has built a coalition of opposition to the bill in Scotland, including the Scottish Government, all 32 council authorities as well as the SNP, Labour and the Green parties.

Smith described the proposals as the “most significant attack on trade unions in the last 30 years” which amounted to “unprecedented interference of government in a civil organisation”.

The bill includes measures to prevent the right to strike without a high-turnout threshold, allow bosses to bring in strike-breaker workers, tightly regulate the communications of trade unions and to remove support for facilitating union-management relations at work.

An emergency motion at the Green conference – presented by Scottish Parliament candidates Ross Greer and Sarah Beattie-Smith – called for “non-compliance and non-violent direct action” if the UK Parliament enforces the proposals on Scotland.

The GMB union has called on the Scottish Government to direct Police Scotland that enforcing the Tory Trade Union Bill is “not a priority”.

All 32 Scottish council authorities have united to say they will not implement the bill in full , specifically in reference to facility time and trade union duties.

The PCS union and left-wing political parties in Scotland have called for the Scottish Government to refuse legislative consent for the bill , given it is opposed by 98 per cent of Scottish MPs.

The Scottish Government has requested opt-outs from the legislation.