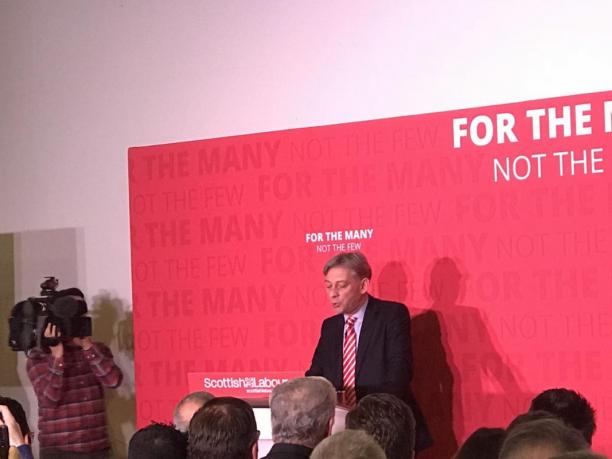 Although Scottish Labour leader Richard Leonard argued that “radical” use of Holyrood’s tax powers could “end the failed experiment of austerity”, the STUC – while welcoming certain measures within Labour’s tax plans – has expressed concern about Scottish Labour’s commitments on public sector pay and business tax.

STUC General Secretary Grahame Smith said: “It is to be welcomed that parties in Scotland are now making the case for increased taxation, and the STUC has consistently argued for using tax powers to redistribute wealth across society. In this respect, Labour’s proposals suggest a willingness to use these powers and to raise money for public services, which have faced a decade of cuts and underinvestment, something that simply cannot continue.

“The STUC is, however, still concerned about Labour’s commitments on public service pay,” Smith continued.

“The additional commitment on local government funding has a potentially positive impact on union negotiated fair pay deals for council workers. However, for other public workers, Labour has not gone further than proposing to fund the Scottish Government’s own public service pay proposals, which Labour has previously criticised as inadequate.

“As we stated when the Scottish Budget was introduced to parliament, a 2-3% pay-rise constitutes a pay cut and does nothing to reverse the downward trend in pay over the past 7 years.”

Smith was similarly critical of Scottish Labour’s position of business tax, arguing that there was little difference between Labour and other Holyrood parties, from which Richard Leonard’s rhetoric has often sought distance.

“With budgets tight and difficult decisions to be made the STUC continues to challenge all parties to prioritise improving living standards and to properly resource public services.”