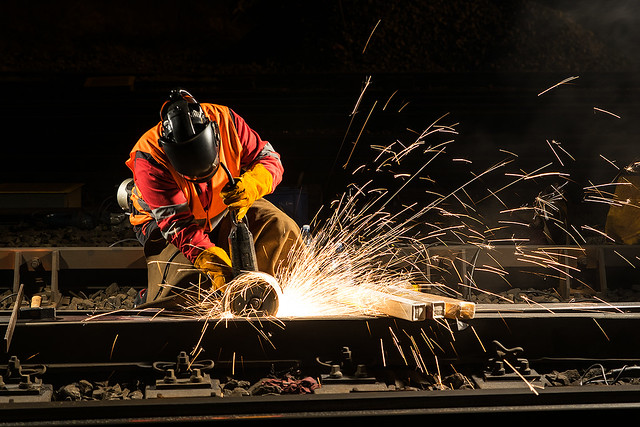 Grahame Smith, STUC General Secretary: “There is a clear need to retain this depot in Scotland”

THE Scottish Trades Union Congress (STUC) has written to First Minister Nicola Sturgeon calling on the Scottish Government to take the Springfield Rail Depot into public ownership, after its current owners Gemini Rail Services announced their intention to shut the site last month.

Potentially 200 jobs directly and indirectly connected to the Springburn site could be lost if plans go ahead for its gradual closure up to March 2020. A consultation and several meetings between Gemini, Unite the union and the Scottish Government have failed to provide a breakthrough for what the union has called Scotland’s only train repairs and maintenance depot, known as ‘the Caley’.

Gemini claim closure is required due to a decline in the circulation of old rolling stock serviced at the facility.

Prestwick Airport was nationalised by the Scottish Government in 2013 for £1, something the unions say is a precedent for the Caley.

Commenting, Grahame Smith, General Secretary of the STUC , said ahead of the body’s annual conference in Dundee next week: “There is a clear need to retain this depot in Scotland and it would be a matter of serious regret should ScotRail trains have to be sent to Doncaster and Southampton to be refurbished while we have the skills, knowledge and experience in Springburn.

“Unite the Union has presented a number of options to keep the site open, including taking the site into public ownership.

“We urge the Scottish Government to seriously consider the option of public ownership of the Springburn Depot. This would ensure a nationally important piece of transport infrastructure is maintained alongside highly skilled jobs. Without such action, we will continue to see the casualisation of the sector and the loss of strategically important infrastructure.

“Time is of the essence and there is a real risk that the viability of the site will diminish unless action is taken now.”

Unite officer Pat McIlvogue has been damning in his criticism of Transport Secretary Michael Matheson, telling the Evening Times last week that the union had agreed with Gemini that they “would give up the site, its assets, lease and undertakings and make a contribution of £1 million.”

“We put this to the Transport Secretary but he wasn’t interested,” McIlvogue added, saying the Scottish Government is “abdicating responsibility allowing work to leave Scotland.”

Transport Scotland said it was wrong to say an offer was refused as “no formal offer has yet been received”.

Responding to the STUC’s letter to Sturgeon, a Scottish Government spokesperson said: “It is disappointing that Gemini Rail has consistently refused to postpone the consultation and has instead moved to close the workshops at Springburn – that is something the Transport Secretary has made clear, including in meetings as recently as last week.

“Ministers and officials will continue to do all they can in looking to the potential for repurposing the site – however any proposals have to be viable in the longer term.”

The Scottish Government have said that all rail maintenance for ScotRail continues to be delivered in Scotland, highlighting Wabtec Rail’s Kilmarnock factory which specialises in rail repair.