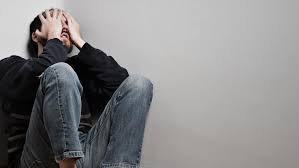 THE STUC Youth Conference has raised concerns about the number of young men who committed suicide in 2015.

Figures published by The National Records of Scotland showed that 672 people died – 476 males and 196 females – as a result of taking their own lives in 2015.

Scott Hartles from the Communication Workers’ Union moved a motion at the weekend’s STUC Youth Conference by describing what happened when he moved out of his parents’ home in January 2013 and was having suicidal thoughts after suffering from severe anxiety.

“Having spoken about [his own mental health problems] quite often, a number of young members have come up to me and said that they have  hadsimilar experiences.” Scott Harles, Communications Workers’s Union

Hartles said: “The reason for doing this is not for anyone to come up to me to say well done for being open about your mental health, it is for people to start talking about their own mental health experiences.

“It is not about saying to me that it is brave of you to come up [and talk about your own experience of having mental health issues].

“Having spoken about this quite often, a number of young members have come up to me and said that they have had similar experiences to me.”

“Research by Pace, an LGBT mental health charity found that 48 per cent of transgender people under 26 have considered or have attempted suicide.” Andrew Ashe, Unison

Andrew Ashe from Unison told the conference that the campaign on mental health needs to reflect the diversity of men’s experiences, and spoke of the macho culture that has stopped men from talking about their mental health with their friends.

Ashe said: “It is well established that BME (black and ethnic minority) men are more than likely to be diagnosed with a mental illness that their white counterparts.

“Research by Pace – an LGBT mental health charity found that 48 per cent of transgender people under 26 have considered or have attempted suicide.

“They are men, and they should be included in our campaigns.“

“Speaking about it is the beginning, but it is one of the biggest challenges globally, particularly for young people.” Erin McAuley, Unite

Erin McAuley from the Unite union said that everyone in the conference hall has mental health, even though not everyone has a mental health illness or issue.

McAuley added that mental health is not discussed in parity with physical health and it should be considered in schools. She said: “Mental health is complex and there is no one solution.

“You can have as many campaigns as you want, but it is so individual that one policy or one solution is not necessarily going to fit with everyone in society.

The STUC Youth Committee will set up a campaign to offer help and support for young men where required.

“Talking about mental health as early as possible, then maybe there would not be as many suicides. We need a better suicide prevention strategy.”

The STUC Youth Committee will set up a campaign to offer help and support for young men where required, which will include helping young men to share their feelings in a safe environment where they feel comfortable.

The committee will seek to end the idea that young men should “man up”, and work with the relevant mental health charities and other departments within the STUC.