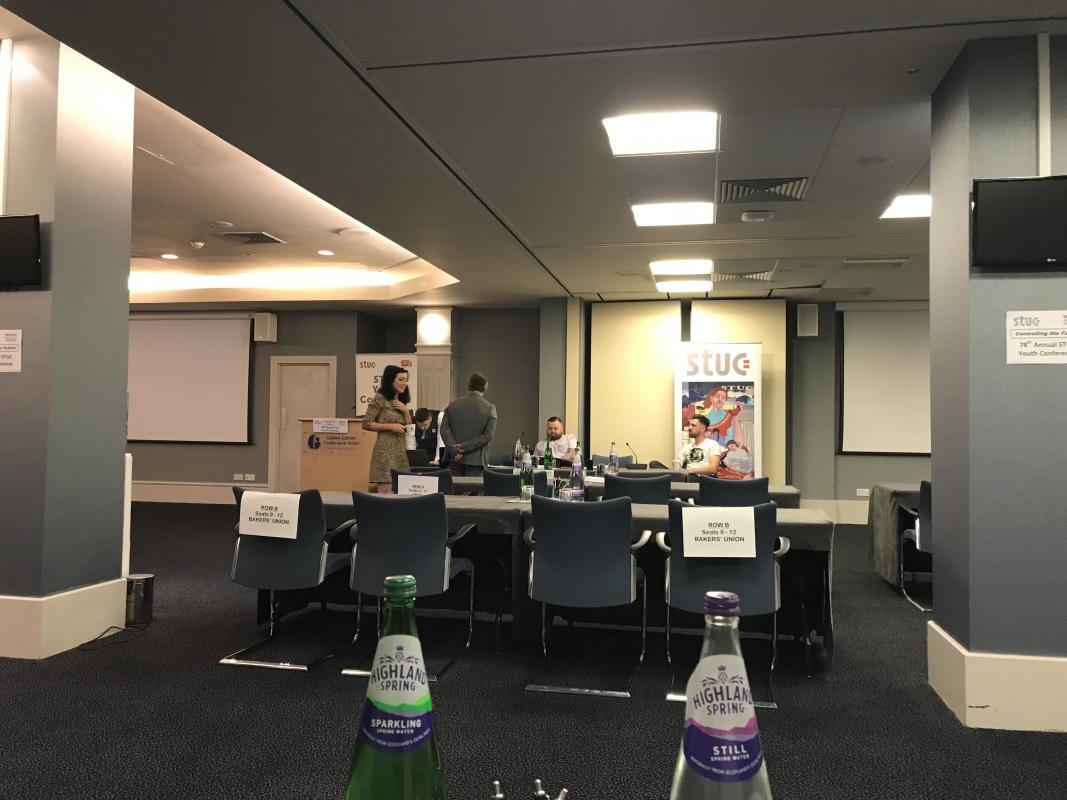 CONCERNS HAVE been raised about the effect of young worker rates which tie young people into low pay, as the annual STUC youth conference began today [30 June].

A motion was passed at the conference in Clydebank that noted that young workers are getting paid almost two pounds an hour less than their older colleagues.

Emma Manning from the Union of Shop, Distribution and Allied Workers (USDAW), who moved the motion, said: “The [UK] Government has created a set of poor examples to employers, allowing younger workers to seem to be worth less than their older counterparts.

“In far too many workplaces, we have seen this played out again and again.

“Not only younger workers are getting paid less than those colleagues who are working operationally alongside them, also, will have less opportunities for training and progressing.” Emma Manning

“Not only are younger workers getting paid less than those colleagues who are working operationally alongside them, they also have less opportunities for training and progressing.”

Fiona Brittle spoke in favour of the motion on behalf of the Public and Commerical Services (PCS) Union, telling the conference of the struggles that young workers face due to the assumption that young workers are inexperienced and thus “unimportant”.

Brittle added of the struggle that young people face due to lack of jobs, money and security.  She said: “We already diminish their struggles by saying that young people are flipping and spend too much time on Facebook.

“We said that we only care about fashion or we are stuck to our phones the whole time.

“We diminish young workers all the time, where they struggle exactly the same way as anyone else.

USDAW believe that the there is no business case for young workers rates. The union has agreed with many retailers, including Tesco, Morrison and the Co-op, to pay young and older workers the same.

The conference also committed to campaigning against the rise of in work poverty, noting the impact of insecure employment, zero-hours contracts and rent increases.