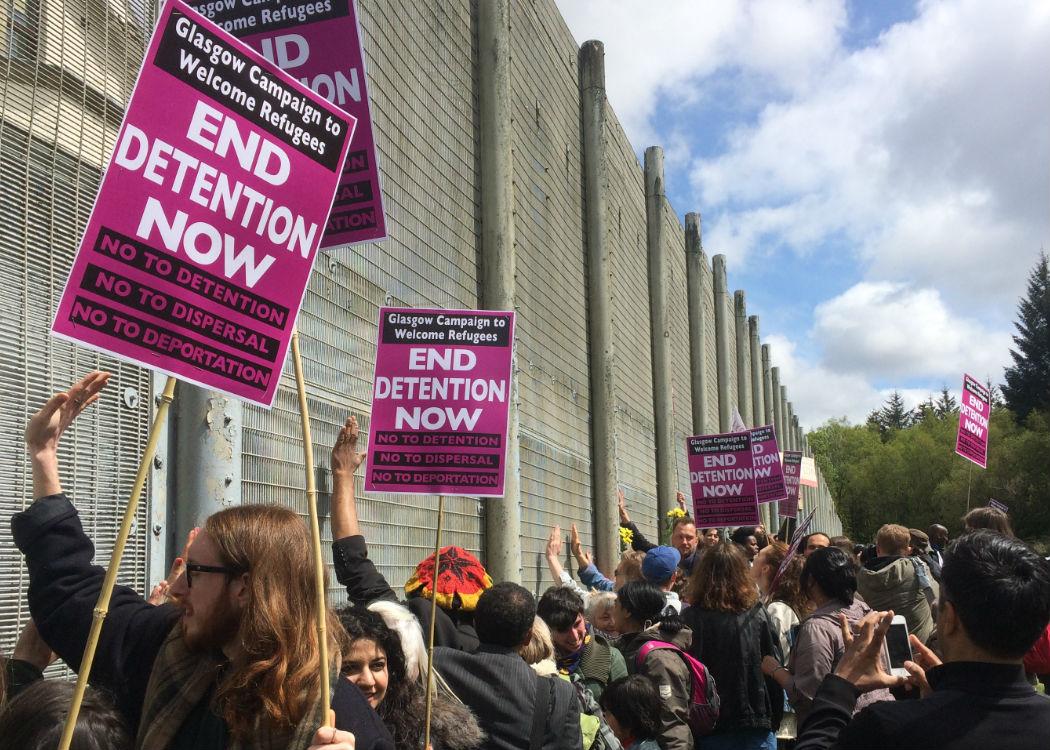 STUDENT LEADERS are calling on the UK government to urgently intervene to stop the deportation of a Glasgow student following fears about his safety.

Majid Ali, a student at the City of Glasgow college, was detained last week and taken to Dungavel Detention Centre. He is expected to be deported to Balochistan province in Pakistan imminently.

Demonstrations are to be held today (Monday) simultaneously at 1pm at the Scotland Office in Edinburgh and the Home Office in London.

Ali claimed asylum in the UK after his brother was ‘disappeared’ in 2010 during opposition to the government in an ongoing crisis documented by Human Rights Watch (click here to read more).

The Facebook event for the demonstrations assert that his cousin and uncle were killed in a government raid two months ago.

“We are deeply concerned about Majid’s safety, and the UK Government desperately needs to intervene and allow him to stay,” said Gordon Maloney, President of NUS Scotland. “But this whole case reveals the shocking inhumanity of our asylum and immigration processes, and this urgently needs to change.

“This country has more than enough to provide for those fleeing war and persecution and, rather than kicking them out, we should be welcoming them with open arms.”

NUS Scotland has been joined in calling for a review by student representatives at the City of Glasgow College (COGC) and the University of Strathclyde Students Association (USSA).

Sanjay Lago from the COGC students association said he was “shocked” when he learned of Majid’s detention.

He said: “This fight is for Majid but it’s also a fight for the many students who are sent back to their country and end up becoming non existent. This is a chance for us to make sure people are safe and lives are saved.”

Meanwhile, Gary Paterson, President of USSA, said that it was “unacceptable that students can have their lives disrupted and destroyed.”

“We call on the UK Government to halt this deportation, return Majid from the prospect of a politically motivated murder back to his fellow students and loved ones, and review these processes to ensure this never happens again,” he added.

The Home Office had not responded to requests for comment by time of publication.