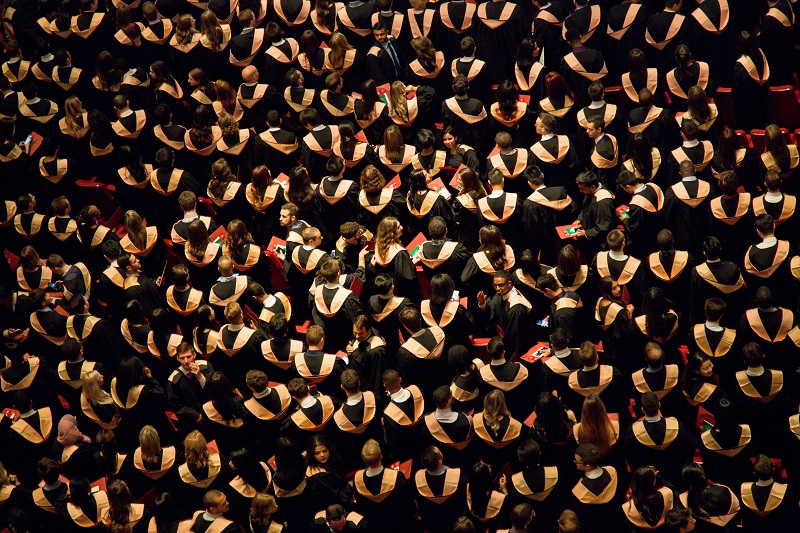 Writing to all party leaders, student representatives have warned demand for reform cannot be ignored.

STUDENT REPRESENTATIVES from 29 universities and colleges across Scotland have written to the first minister and every party leader in Scotland, saying they must use the Scottish budget process to deliver improved support available to students.

Representatives from students’ associations have said in the letter that they see “the impact that stretched and broken support systems have on students on a daily basis.”

The National Union of Students (NUS) Scotland have been campaigning as part of their ‘Budget for Better’ campaign, and have now listed three demands based on an independent review of students support commissioned by the Scottish Government which reported last year.

As well as an increase in the bursary available to students studying at university and college, the letter demands a lifting of the graduate repayment threshold.

“Across the country, mental health at institutions is patchy at best. That needs to change.

“The student support system is broken. In further education there is no guarantee that students will have money to cover living costs.” Luke Humberstone

“The level of demand for reform demonstrated in this letter cannot be ignored. We must ensure students get the support they need to remain, and succeed, in education.

“I’d urge all of our party leaders to back this campaign, and commit to improving the support that our students receive. From Shetland to Stranraer, students are clear: it’s time that our world-leading education system is matched by a world leading student support system.”

The independent review recommended that the repayment threshold, or the annual minimum income a graduate should earn before they pay back their student debt, should be raised to £22,000.

NUS Scotland’s campaign has also called for new funding to establish a universal level of counselling provision and mental health support at every college and university.

A Scottish Government spokesperson responded to the letter, saying: “Free tuition means Scottish students studying in Scotland do not incur additional debt of up to £27,000, as is the case in the rest of the UK. We have also already committed to raising the repayment threshold for student loans to £22,000 and reducing the maximum repayment period from 35 to 30 years.

“In the college sector, we provide over £107 million a year to ensure college students, and particularly those from the poorest backgrounds, get the support they need to continue with their studies.

On the letter’s demands around mental health, the spokesperson added: “The Scottish Government is in the process of finalising funding arrangements to support NUS Scotland’s further development of Think Positive campaign from April 2018 to March 2021, which ensures consistent mental health support for students across Scotland.”

“The SNP were elected on a commitment to ‘dump the debt’ but recent statistics confirm the very opposite has happened.” Willie Rennie MSP

In the letter, representatives said that students at college say that their students have no financial security until they arrive at college, and if they miss a class they risk losing two weeks income.

Speaking to Commonspace after he received the letter, Scottish Liberal Democrat leader Willie Rennie said: “The SNP were elected on a commitment to replace loans with grants and to ‘dump the debt’ but recent statistics confirm the very opposite has happened. Fewer students are now getting grants and bursaries and they are receiving much less.

“This means students across Scotland, particularly those from lower-income backgrounds. face the question of how they will support themselves.

“Similarly tens of thousands of students have no access to college counselling services despite demand for mental health support being on the rise.

“The Scottish Liberal Democrat policy of a transformative penny for education would help to deliver £30 million worth of new bursaries and support for students in higher and further education.

He added: “We would also deliver a transformative investment in mental health services to end the scandal of long waits that affect so many students.”