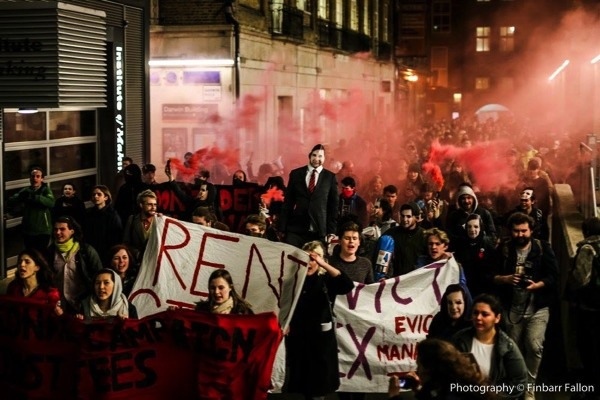 UNIVERSITY OF GLASGOW students fed-up with high rents for rubbish flats and financial malpractice by rogue landlords are taking matters into their own hands by establishing a vetting service of local accommodation lets.

A voluntary network of students organised by the university’s Student Representative Council have established a “Private Accommodation Viewing Service (PAVS)” to check that advertised accommodation “is safe to live in”. Armed with a check-list of enquiries, landlords will be questioned on the return of deposits and the safety of student flats.

The start-up is the latest in a decade-long attempt to regulate and enforce rules in the growing private rented sector, where legislation was passed to ban excess letting fees. More recently, a new law was passed that included local powers to create rent controls and limit the regulairty of rent increases.

Last year student representatives called for a ‘rent freeze’ and u-turn on the privatisation of campus accommodation after 14 years of straight rent-rises.

The move was welcomed by Living Rent, the growing national tenants union in Scotland.

A spokesperson told CommonSpace: “Living Rent welcomes all efforts made to challenge rip off landlords and poor housing. This actually highlights how underfunded and ineffectual the city council’s housing enforcement teams are, time and time again we hear how complaints and reports of bad practices are not properly acted upon.

“Increasingly it is coming down to groups of organised tenants to take matters into their own hands and employ direct action like this. We look forward to seeing the results of their work and would be willing to support any further actions to ensure that these properties and landlords are brought up to standard.”

In May Living Rent helped Glasgow mother Amanda Gallagher who faced eviction and possible homelessness after challenging illegally-imposed letting fees on her flat.

Glasgow, one of the main rent hot spots in the country, has suffered 14.7 per cent (one bedroom) and 13.7 per cent (two bedrooms) cost increases in the rented sector between 2010 and 2015.

Rent controls, which limit housing costs, have been lauded by campaigners as a policy to reduce inequality, improve health standards and even improve access to the country’s higher education institutions.