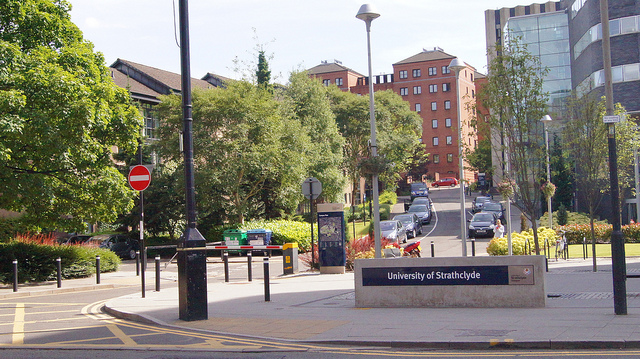 THE Strathclyde Students’ Union is campaigning for post-graduate taught fees to be made affordable, after their analysis showed the University had increased fees by 42.7 per cent for 2018-19.

Unlike undergraduate degrees, post-graduate tuition fees are paid by students themselves in Scotland, with a SAAS loan totaling £10,000 per year for tuition and living costs made available.

A report by the students’ union, which analysed four post-graduate taught degrees across the four faculties, shows that the fee increase at the University of Strathclyde was more than four times higher than any other Scottish University, with the next highest being 10.8 per cent at St Andrews University.

The Students’ union’s analysis shows that the university has went from being one of the cheapest for post-graduate taught fees to the third most expensive in Scotland.

The students’ union have organised a petition asking students to call on the University to reduce the cost of postgraduate taught degrees and implement a new strategy which supports students from widening access backgrounds to access post-graduate education.

Strathclyde Students’ Union President, Matt Crilly, told CommonSpace: “Post graduates from Scotland can apply for a loan from SAAS totalling to £10,000: £5,500 towards tuition and £4,500 towards living costs.

“As the postgraduate taught fees increase, many are rocketing beyond the £5,500 tuition fee mark, meaning students have to use their living cost loan to pay the cost of tuition. These increases make postgraduate study inaccessible for those who don’t have any other means of financial support. Alternatively, students are forced into working long hours to get by, having a negative impact on their studies.”

“I encourage all Strathclyde students to sign the petition to show the University your opposition towards the current rising fees. We also ask the University to put into effect a strategy to support students from widening access backgrounds into postgrad education.”

The Scottish Funding Council reported in March record number of students taking up post-graduate taught degrees, with a 21 per cent increase since 2008.

The Scottish Government’s commission on widening access, which published its final report in 2016, did not look at access for people from disadvantaged backgrounds to postgraduate study.

A spokeswoman for the University of Strathclyde said: “Strathclyde considers its fees very carefully and takes into account a number of factors, including the cost of providing courses to the highest standards. While our 2018/19 fee brings us more in line with other institutions, we remain highly competitive and, in many subjects, our fees remain lower than other research intensive universities.

“It’s important to note that continuing postgraduate students have not been affected by the fee change.”