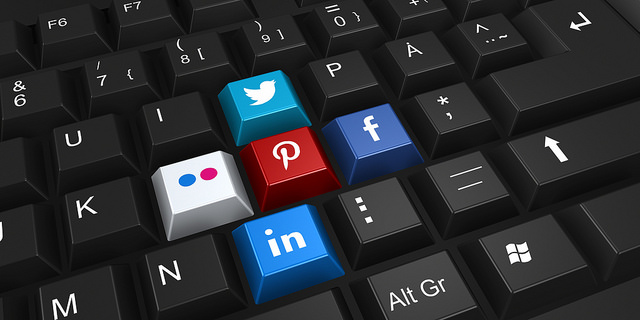 A NEW research paper from three University of Glasgow academics has further highlighted the divide between the Yes and No camps during the 2014 independence referendum, in an attempt to determine what effect technology and digital communications have on modern politics.

While the great and growing influence of online campaigning and political engagement through social media has been widely recognised in recent years, research into such matters and their implications has been relatively rare outside of the United States – a scarcity which prompted the latest reflection on the indyref’s respective campaigns.

The study finds that while Better Together ran a “controlled but stifling” campaign, Yes Scotland made greater use of digital communications technologies (DCTs) to build a more horizontal, movement-based campaign that differed significantly from the traditional models of UK party politics.

Written by Ana Ines Langer, senior lecturer at the University of Glasgow’s School of Social and Political Sciences, former Urban Big Data Centre expert Michael Comerford and Policy Scotland deputy director Des McNulty, the paper – “Online Allies and Tricky Freelancers: Understanding the Differences in the Role of Social Media in the Campaigns for the Scottish Independence Referendum” – is based on in-depth, anonymised interviews with a number of campaign stakeholders from both Yes Scotland and Better Together, along with a network analysis of posts on Twitter during the referendum campaign.

The report aims to discover the extent to which digital tools changed the nature and practices of the campaign organisations making use of them, an area of research relatively unexplored outside of the United States, which has seen the influence of DCTs in several presidential elections, as well as in grassroots movements like Occupy and Black Lives Matter.

“Social media was deemed particularly important as it gave Yes Scotland an alternative channel to what they regarded as a hostile press and broadcast media.” – ‘Online Allies and Tricky Freelancers: Understanding the Differences in the Role of Social Media in the Campaigns for the Scottish Independence Referendum’

DCTs, the paper finds, challenge the traditional top-down, professionalised form of electioneering that previously dominated professional politics in the UK. However, “technological affordances do not automatically translate into change, still less democratising change.”

The referendum campaign, the research suggests, did not necessarily result in such obvious change, but instead produced a hybrid: “The old command-and-control models of political campaigning have by no means disappeared, but have been augmented by the networked practices of movement-style organisations.”

Yes Scotland emerged as a clearer example of this hybrid, due to its trailing poll position and relatively weak support in the mainstream media.

“Regarding the latter,” the paper states, “social media was deemed particularly important as it gave Yes Scotland an alternative channel to what they regarded as a hostile press and broadcast media.”

The paper finds that Yes Scotland’s access to and use of “highly vibrant grassroots groups” and individual bloggers, defined as ‘online allies’, was crucial, particularly since these were “all but absent for Better Together”. As a result, social media allowed Yes Scotland to benefit from the wide-ranging, diverse nature of the independence movement without directly controlling it.

While neither the SNP nor the Yes campaign was able to exert control over the many pro-independence groups and activists involved, “greater autonomy was considered acceptable because this wider base was seen to add both energy and breadth to the campaign.”

However, the paper notes, the Yes campaign was “hardly a hybrid participatory ‘nirvana’.” Tensions did emerge within the organisation over their inability to control some political actors, and concerns grew over the “risks associated with the way social media was used by some of its ‘online allies’ and individual supporters.”

In terms of blogs and commentators associated with the Yes campaign, the paper’s research finds that the influential yet controversial pro-independence blog Wings Over Scotland was strikingly absent from Yes Scotland’s active connections. According to the interviews conducted, a decision was taken “not to engage directly with aspects of the wider Yes campaign regarded as problematic and potentially counterproductive to the main message.” As one interviewee put it: “Wings – we never engaged with, ever.”

Furthermore, there was concern over differentiating the goals of individual grassroots organisations from that of the Yes Scotland campaign itself, as well as “great frustration” with what became known as the ‘cyberNats’.

“The official campaign did not accept all groups – or arguably any groups – as equal partners, but they were prepared to relinquish some of their ability to command and control to try to harness the creativity, enthusiasm and effort of local and sectoral groups and the ‘online allies’ that had sprung up, even where that resulted in the official campaign being bypassed and, on occasion, eclipsed,” the paper reports.

By contrast, Better Together was a more old-fashioned operation: “The values and repertoires of Better Together, a professionally and party-run, electorally focused coalition with short-term goals, were restrictive and led to a controlled but stifling campaign and use of social media. This was in contrast to the pro-independence side, an insurgent campaign run by a mix of party and non-party experts and that – although with the SNP at its core – was situated within a vibrant independence movement, and thus could rely on a broader coalition of grassroots groups which had a more decentralised structure, and inclusive and participatory values.”

Despite recruiting Blue State Digital, an organisation which had previously been involved with the presidential campaigns of Barack Obama, Better Together contrasted with Yes Scotland in placing little emphasis on self expression. Interviews with Better Together stakeholders instead revealed “a remarkable accent on control and discipline.”

The paper refrains from drawing any generalised conclusions or speculating about how the experience of the first independence referendum might inform the second. Instead, it encourages further consideration of what kinds of participation are enabled, to what ends, and whether they are “democratically desirable.”