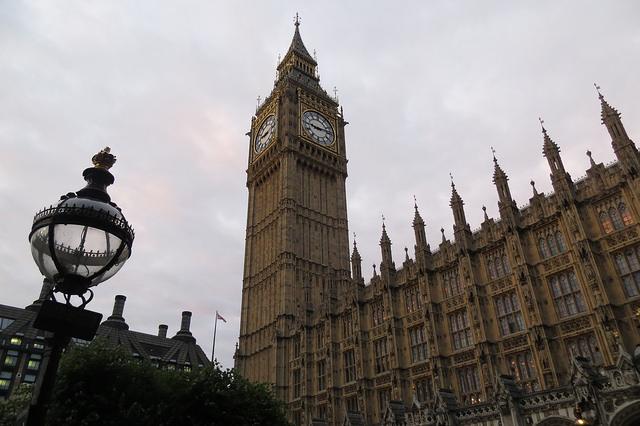 One of the constant refrains from unionists during the independence campaign was that Scotland wasn’t that politically different to the rest of the UK. Despite 70% of voters choosing parties well to the left of the Westminster consensus in every election, attitudes to immigration, benefits, public spending and other issues were almost the same in social attitudes surveys.

Of course, there are reasons for this, including a media that is predominantly British (rather than Scottish), but the conclusion that all too many people jumped to was that this meant Scotland was secretly right-wing – and accidentally votes for left wing parties. This is fuelled by tortured arguments about how the SNP’s abolition of classic Tory policies like tuition fees or prescription charges is, in fact, right-wing.

In fact, it seems that it is the total failure of the Westminster parties to represent the views of English people that accounts for the difference in voting patterns between Scotland and England.

There is a stifling consensus at Westminster, it goes something like this: we need someone to blame, immigrants are a great target; so are people on benefits – we stand up for hard working families, we want limits to immigration, we want to cut the deficit by cutting public services.

That consensus has developed over the past 20 years, and if it ever did bear any resemblance to what people in England think, it does no longer.

For the past 20 years English politics has turned on a profound ideological consensus. Labour triangulates to the right on the economy, accepting privatisation, cuts and low taxes. The Conservatives triangulate to the left on social issues, softening their sexism and homophobia to appeal to centrists. The Liberal Democrats try to ride the popular wave, articulating left and right positions by turn and hoping nobody remembers what they said last time. Nick Clegg’s crass statement that he would bring heart to a coalition with Conservatives and head to a coalition with Labour reflects this.

This consensus has given us the massive cuts to public services, privatisation of the NHS, and widespread agreement that its immigrants and people claiming benefits that are to blame for these things. There have been a few good things to come of this. Gay marriage is the most notable. The political consensus around limited liberal social policy and radical austerity economics is so pervasive that many London journalists are baffled by anything else. When the people get fed up with the Labour, Liberal Democrats and Conservatives the media go into overdrive promoting UKIP – a party that dissents mainly from the social liberalism of the consensus. But anyone who suggests that the reason there is a housing shortage is because there aren’t enough houses being built, rather than because of immigration is treated as if they don’t believe in gravity.

We are told that we need austerity in order to reduce the deficit. Yet all the evidence is that austerity increases the deficit – only sale of national assets like Royal Mail has allowed the UK to appear to have reduced the deficit. And you can only sell Royal Mail once. The consesus particularly odd as austerity has been conclusively demonstrated to be wrong. The paper by Rogoff and Reinhardt that provided academic cover for austerity was based on a misreading of the data. The evidence from around the world is that those countries that cut do worse that those which invest. Yet all 3 Westminster parties are committed to yet more cuts. And this at a time when it would cost less than it ever has to borrow for investment.

Of course some of that agenda was taken up by the Liberal Democrats in the last election. Claiming that they were against more cuts (at least at the start of the Parliament) their vote was, in no small part, a progressive one. That they have so enthusiastically joined the Westminster consensus is unfortunate, but given Nick Clegg’s history of trying to drag the party to the right, inevitable. The sharp reduction in the Liberal Democrat vote will be because they were elected on a false prospectus. Those votes will find a new home in the space to the left of Labour that many believed (however erroneously) the Liberal Democrats to occupy.

Given that the Liberal Democrat vote was predominantly left-of-centre, it becomes obvious that right wing parties have rarely won a majority in the UK. The left was split, the right was not. If there is one good thing about UKIP, it is that they have redressed this balance.

The television debate gave a platform to three parties who dissent from this consensus. Plaid Cymru, the SNP and the Greens all dissent from austerity economics. All are social liberal parties, largely more socially liberal than the Westminster parties. So for the first time this position, against austerity and in favour of investment has been heard not from an isolated politician, attacked by journalists. But by three party leaders able to make their case together. And that has coalesced the argument around austerity, triangulation and the Westminster consensus.

It has resulted in some very strange outcomes, including a splurge of uncosted commitments from a Conservative Party campaigning for perpetual austerity. Political debate has just moved to the left for the first time since the mid 1990s in the UK.

With Nicola Sturgeon the most searched term on google after the debates and the Greens polling substantially higher than in 2010 the beginnings of change are obvious. It is clear there is a deep desire for change in England too. While the electoral system protects the Westminster parties, it can’t do so for much longer. Given a target to hit, Greens are beginning to build from their areas of strength and the SNP look like they might max out on first-past-the-post, winning up to 85% of the seats with 45-50% of the vote, and leading former Permanent Secretary to the Cabinet, Gus O’Donnell to call for proportional representation. This might be the last election where a majority government could even be contemplated. Whether it’s through a change to the voting system or other parties winning those STV seats, Westminster won’t be the same for long.

Once the distortions of the Westminster consensus and the dodgy electoral system are gone, we will see the progressive majority in the UK reassert itself. It may have to do so as a coalition, but given how badly the left has been failed by the Labour Party’s triangulation to the right, that is a massive opportunity.