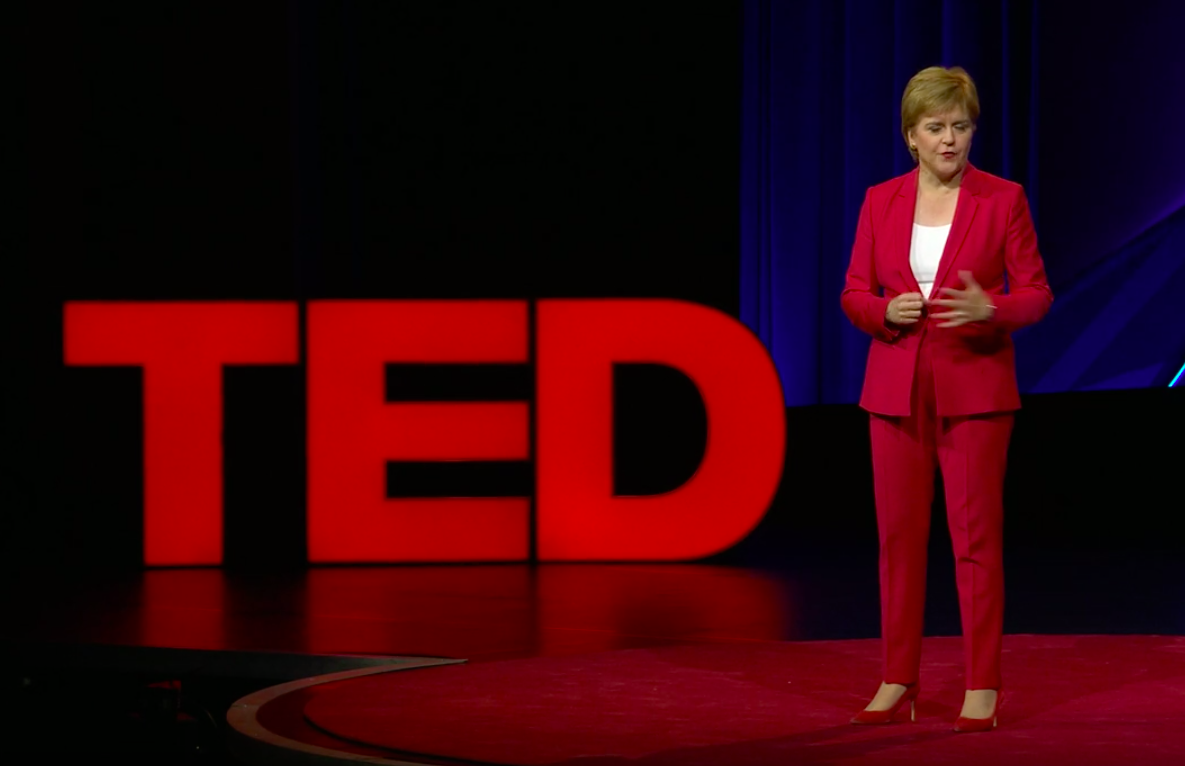 FIRST MINISTER Nicola Sturgeon has argued that GDP should not play such an important role in measuring the economic success of a country, and that the goal of economic policy should instead be “collective wellbeing”.

Sturgeon made the argument in a TED talk in Edinburgh last week [24 July], where she spelt out the problems with an all-encompassing focus on GDP growth as the most important measure of a country’s success.

“It’s time for that to change,” she said.

Gross Domestic Product is a calculation of the total value of market goods and services produced, usually per annum. In the post-financial crisis era it has come under increasing scrutiny due to the growing distance between GDP growth and average wages, as wealth inequalities and poverty have grown. The growing climate crisis has also raised questions about whether it is sustainable to continue to value economic performance based on GDP growth.

“GDP measures the output of all of our work, but it says nothing about the nature of that work,” Sturgeon said. “It values activity in the short-term that boosts the economy, even if that activity is hugely damaging to the sustainability of our planet in the longer term.”

In 2018 Scotland joined a Wellbeing Economy Governments group with New Zealand and Iceland to promote a more diverse basis for assessing economic performance than GDP. Sturgeon, to loud applause, noted that all three countries are led by women.

In 2019, New Zealand became the first country to pass a government budget which was based on wellbeing indicators of progress, which included priorities such as supporting businesses to transition to a low-carbon economy, supporting mental wellbeing especially among younger people, and reducing child poverty and family violence.

Sturgeon said that the challenges of an ageing population, automation and climate change meant a shift away from GDP was becoming ever more urgent, but did go on to state that “yes, economic growth matters and is important,” however it was “not all that is important”.

The speech was warmly welcomed by the Wellbeing Economy Alliance, which promotes wellbeing economics internationally.

Yes yes yes!! @NicolaSturgeon speaking about #wellbeingeconomies and #WEGo in her latest #TedTalk officially coming out this week. We are in full support & are truly excited to watch. https://t.co/zxPB09gJEO

In 2016, Sturgeon, commissioned corporate lobbyist and former MSP Andrew Wilson to head up the SNP’s Sustainable Growth Commission, which published its final report in 2018 proposing that an independent Scotland should aim to double its trend GDP growth. The SNP leader backed the reports findings and an amended version of the report was passed by SNP members at a conference in April 2019.

TED talk’s see speakers present big ideas to a live audience. Sturgeon’s big idea was described on the TED talk website as: “It’s time to challenge the monolithic importance of GDP as a quality-of-life metric — and paint a broader picture that also encompasses well-being.”