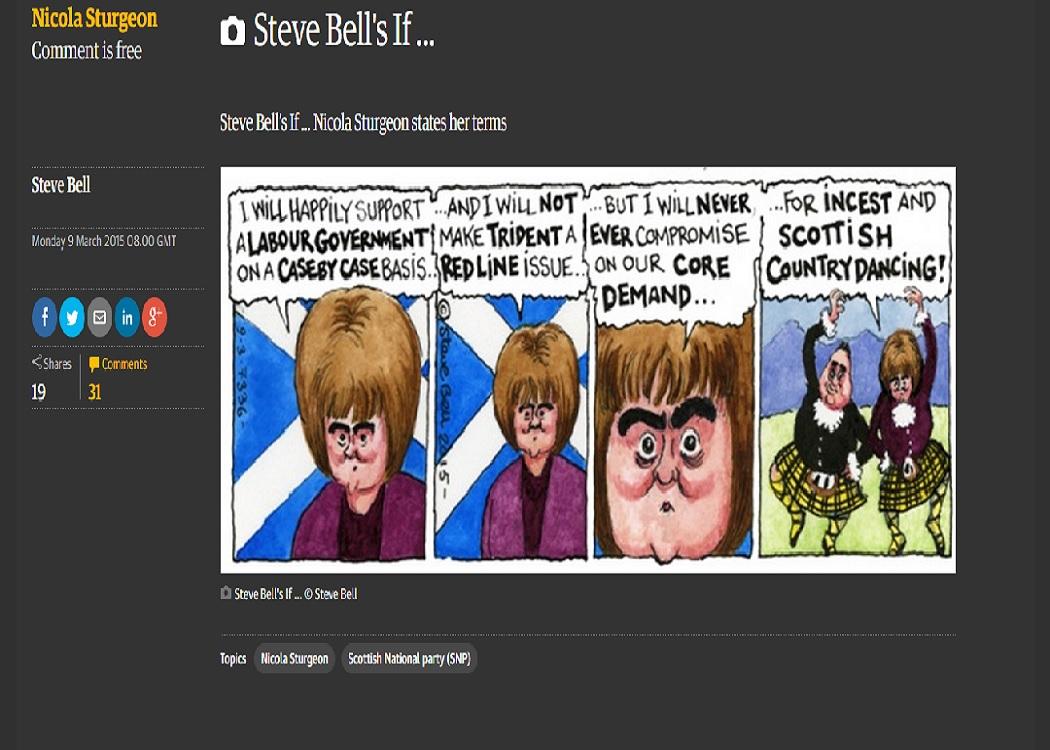 SOMEONE has drawn a cartoon and a lot of people are angry about it (click here to read more).

Don’t worry, it doesn’t depict the Prophet Mohammed. No one needs to go into hiding.

It’s just a standard comic strip by the Guardian’s Steve Bell and pokes fun at a couple of politicians.

The strip shows Nicola Sturgeon and Alex Salmond in SNP-coloured kilts. The First Minister says: “I will happily support a Labour government on a case by case basis and I will not make Trident a red line issue. But I will never ever compromise on our core demand for incest and Scottish country dancing!”

Bell would no doubt have expected his educated audience to pick up on the reference to Sir Thomas Beecham’s apophthegm, “In this life try everything once, except incest and Morris dancing.”

Unfortunately, there’s this thing called Twitter and the people on there don’t do nuance. It’s six characters too many. Amongst these are a segment of Scottish nationalists, who were most displeased at Bell.