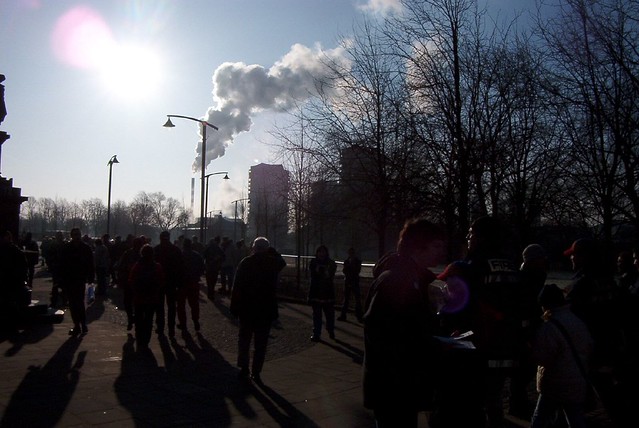 Sue Laughlin, a former NHS planner, introduces the findings of her PhD, which explored the application of the public sector equality duty in Glasgow, finding it to be underutilised by public authorities as a means of ensuring ‘the right to the city’ for all

POLICY MAKING and service development tends to what has been called the ‘ideal of impartiality’ whereby difference between population groups is largely ignored. As a result, policies tend to fail to serve peoples’ diverse needs.

Yet, inherent within equality law is an understanding that the population is heterogeneous, experiencing complex and compound forms of injustice rooted in prejudice, discrimination and inequality which require legal redress. As part of current law, the Equality Act 2010 includes a general duty on public authorities, the Public Sector Equality Duty (PSED), to have due regard to eliminate unlawful discrimination, harassment and victimisation, to advance equality of opportunity and to foster good relations between different groups in relation to nine protected characteristics.

In Scotland, there is secondary legislation which adds significant requirements to the main duty which has the potential to transform the way that public authorities think and act about equality. These secondary requirements include duties to report on mainstreaming the equality duty, to publish equality outcomes and report on progress and to assess and review policies and practices. If carried out to their fullest intent, these duties should shape the functions of individual public authorities but also have a compound effect on the lives of people in the areas served by these organisations.

There has been little research into the way that this secondary legislation has been conceptualised, interpreted and incorporated into planning and practice, but a recent study has sought to rectify this omission by considering the application of the duty in Glasgow. By focusing on the meanings that can be attributed to compliance with the duty, the research hypothesised that a composite story about injustice, equality and institutional responsibility for social justice in the city could be pieced together.

Implicit within this research was an acknowledgement that the population is becoming increasingly urbanised and that cities are key drivers of change across different social systems – economic, cultural, political and affective – which impinge on equality.  Similarly, the way that cities operate is vital in realising the ways in which equality should be visible. These can be summarised as respect and recognition, the sharing of power, the allocation of resources, the availability of love, care and solidarity and the opportunity to work and learn as equals.

As David Harvey, a leading proponent of the ways that cities should be organised to achieve social justice, points out, there should be a right to the city for everyone, where: “The right to the city is far more than the individual liberty to access urban resources: it is a right to change ourselves by changing the city. It is moreover, a common rather than an individual right since this transformation inevitably depends upon the exercise of a collective power to reshape the processes of urbanisation.”

Three key public institutions important in terms of both social systems and dimensions of equality were the focus of the study – Glasgow City Council;; the health and social care system in Glasgow as embodied in NHS Greater Glasgow and Clyde and the Glasgow Health and Social Care Partnership; and the City of Glasgow College. Evidence was collected between 2016 and 2017 from both documentation and the voices of politicians and senior officers. The perspectives of groups advocating on behalf of women, black and minority ethnic populations, disabled people and LGBTI people were also investigated.

The findings of the study painted a largely disappointing picture of missed opportunity. On the one hand, the PSED was viewed by all the participants as an important and beneficial piece of law. All the organisations in the study had put effort into producing the documents which showed compliance with that law and some clear actions with positive implications for different social groups were evident. There was also strong documentary rhetoric and claims from politicians and officials that there is no room for discrimination within Glasgow and that within the city ensuring equality across different social groups is an important ideal.

What was less apparent, was institutional recognition that inherent within the requirements of the Scottish secondary duties was an expectation of analysis about the causes and complexity of discrimination and the lack of equality of opportunity, of reflection about their implications and of policies and practices designed from the outset to embed a different way of working. This was most significant in terms of Glasgow City Council because its combined responsibilities and activities have the greatest reach over the Glasgow population. Such was the frustration of one official that he likened plans and services as being designed for ‘stick people,’ meaning that needs were undifferentiated.

Advocacy groups were similarly sceptical about the impact of the PSED, highlighting a discourse around injustice which was centred on poverty and vulnerability but which failed to recognise its association with the structural nature of racism, sexism and the inequalities associated with disability. Further, their knowledge and skills were under-utilised in the development of a meaningful conversation about equality in the city. Where there was a view about the regulator, the Equality and Human Rights Commission, its powers were generally viewed as being too weak to hold institutions to account.

By placing itself as an economically important city within the UK, Glasgow has been attempting to position itself as outward facing with aspirations to be a world-class city, characterised by modernity, resilience and fairness, a city that is capable of withstanding future shocks and stresses. Recent strategic and economic plans have boasted about its ambition and its successes. Its recent branding, People Make Glasgow, dominates the city and ostensibly places the population at the heart of the decisions that are made about its current and future wellbeing. Pride has been expressed on the welcome that has been given to asylum seekers and refugees, the city’s ethnic mix presented as a further sign of its attractiveness.

At the same time, a piece of legislation which could contribute to shifting the way that public authorities think about the population they serve such that these aspirations have meaning for everyone is underutilised. The consequence is that the potential for it to inform management of the economy, the organisation of place and space, safety, education or the care system is not realised. Given greater prominence and diligence the PSED could help Glasgow become a more just city for all.

This article is based on research by the author for her PhD, Social Justice for a Heterogeneous Population? An investigation into the Public Sector Equality Duty in Glasgow. Prior to that Sue was a senior planner in the NHS in Glasgow where her responsibilities included facilitating compliance with the Equality Act 2010.