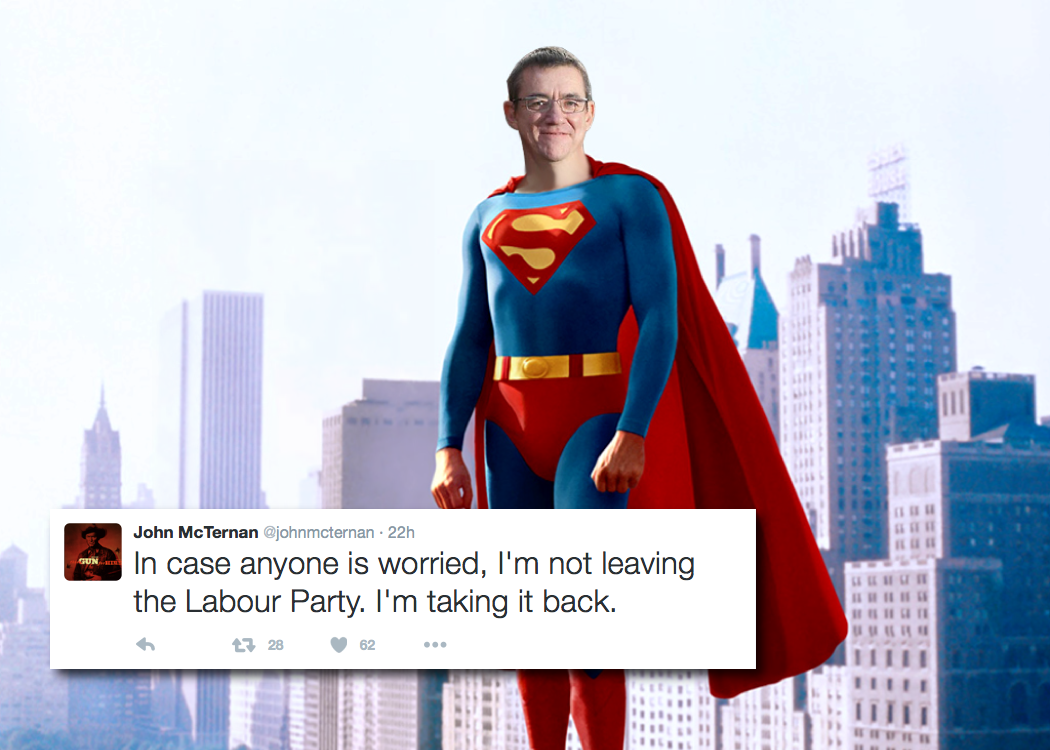 JOHN MCTERNAN, Jim Murphy’s top advisor at the last General Election – the one where Labour lost all but a single seat in Scotland – has pledged to take the Labour party back. All by himself.

The Blairite Superman – who was once a special advisor to Blair himself – took to Twitter this week to reassure pals that, despite his recent whopping great failure and the landslide victory in favour of left-wing Lex Luthorite Jeremy Corbyn in the Labour leadership election, he’s going to swoop in and save the day.

The intervention came as political commentator Dan Hodges threw another tantrum over Corbyn leading Labour and announced he was quitting the party.