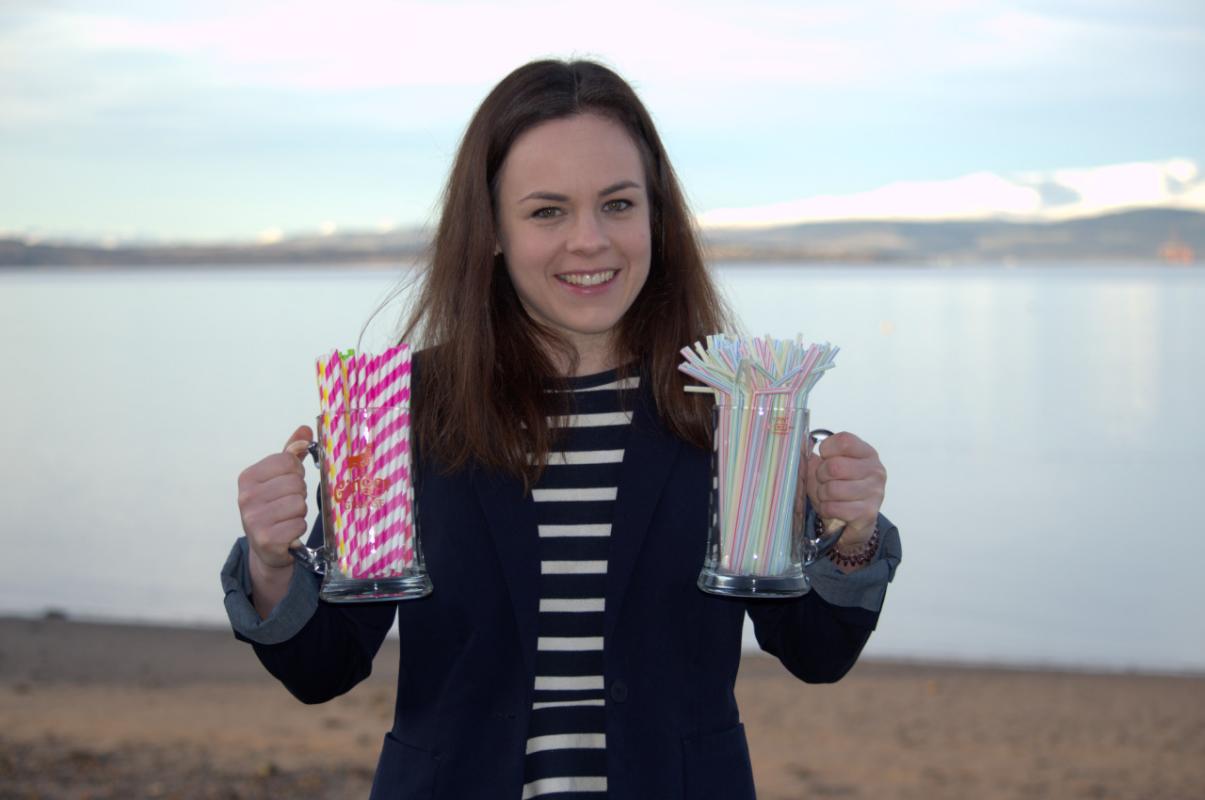 SNP MSP Kate Forbes has written to all supermarket chains urging them to follow suit after Asda’s announcement this week that it will become the first supermarket chain in the UK to stop stocking single-use plastic straws by 2018.

The Skye, Lochaber and Badenoch MSP is leading the Final Straw campaign which calls on the Scottish and UK Governments to ban plastic straws; businesses, including pubs and restaurants, to stop providing plastic straws unless requested; and customers to say no to unnecessary straws.

Forbes, who sits on the Scottish Parliament’s environment, climate change and land reform committee, is stepping up her campaign ahead of a parliamentary debate on plastic pollution which will take place on Wednesday afternoon.

READ MORE: Rhiannon Spencer-Jones: Plastic-Free July is as tough as it sounds

Forbes said: “I am absolutely delighted to hear that Asda is the first major supermarket to make the move from plastic to biodegradable alternatives. This means there will be 2.4m fewer plastic straws ending up in our seas and causing damage to our wildlife each year.

“That is why I’m turning the focus of my Final Straw campaign to supermarket chains like Tesco, Lidl and Morrison’s, urging them to remove plastic straws from their shelves and cafes. Most of us don’t need and don’t want plastic straws, but we don’t always get the choice to say no.

“If supermarkets ditch plastic, then it’s easier for customers to make different choices and to change the way our nation thinks about disposable plastics and our responsibilities to the planet.”

The Final Straw’s campaign calls have already been taken on board by ScotRail Alliance, CalMac, several councils and public bodies, and by the Scottish Parliament, which announced earlier this year that it would replace its plastic straws with paper ones.

Environmental organisations such as the Marine Conservation Society Scotland and the World Wildlife Federation (WWF) Scotland have welcomed the campaign.

“Plastic is suffocating our seas and devastating our wildlife with countless birds, fish and mammals dying each year.” Esther Brooker, WWF Scotland

Speaking to CommonSpace, Esther Brooker, Marine Policy Officer at WWF Scotland said: “Plastic is suffocating our seas and devastating our wildlife with countless birds, fish and mammals dying each year because of its increasing, and long-lasting, presence in our oceans.

“We therefore support any action proposed to reduce single use plastics, such as straws, unnecessary wrapping or bottles and bags. Supermarkets and retailers have an important role to play in eliminating single use-plastics from their supply chain.

“Industry, governments and consumers need to stop this tidal wave of plastic now, and not kick it down the road for future generations to deal with.”

However, disability activists remain concerned about the potential implications of a ban on plastic straws and single-use plastic more generally. Director of Policy for Inclusion Scotland Bill Scott told CommonSpace “there are definite issues for disabled people and one-off plastic use”, because some of the items in question are essential to their day-to-day lives.

While the use of plastic in prepared fresh vegetables, for example, could be reduced by replacing these with carboard or cellulose containers, Scott said that the matter of plastic straws was “more problematic”.

“Being able to bend a straw can be very helpful for someone who has difficulty drinking liquid otherwise.” Bill Scott, Inclusion Scotland

He said: “Paper straws tend not to be as bendable and resilient (i.e. they get soggy). Being able to bend a straw can be very helpful for someone who has difficulty drinking liquid otherwise.”

However, Scott said, the use of such straws could still be reduced by simply asking people if they need one or would prefer a paper one.

“This would massively reduce their use as many folk don’t use them anyway and many others would choose paper as the message gets across about damage to the environment,” he added.

The motion for Wednesday’s debate, proposed by cabinet secretary for environment, climate change and land reform Roseanna Cunningham, acknowledges the “cumulative damage” of plastics to the environment, calls for an evidence-based approach to tackling the problem, and supports behavioural change as well as legislative solutions “where necessary and appropriate”.

A number of amendments have been put forward in advance of the debate, including Scottish Green MSP Mark Ruskell’s calls to reduce pollution caused by microfibers present in synthetic clothing.